I had a great visit with Cliff. We solved most of the world problems. Only if someone would listen…….

Serenity visited Performance Auto Care for service and brakes. Yes, brake work again. By the time I reached Carson City the new pad installed in Mexico had ground down to metal on metal AGAIN! Turns out the brake calipers were not releasing fully. This is probably why the pads wore out in MX. You guessed it, four new calipers, rotors and pads.
OK I told myself, the worst is over.
NOT
Next, to Sunshine Auto in Reno for a simple front end alignment. Serenity was pulling to the right. The Alignment turned into another money pit. The Safe T Plus Steering Stabilizer was frozen and had been bending its mounting bracket every time I turned right. New Safe T Pus, bracket, and, wait for it, a new right front tire that was coming apart.

Repairs complete I decided to head north to cooler weather. My immediate goal was Steen's Mountain in southern Oregon. 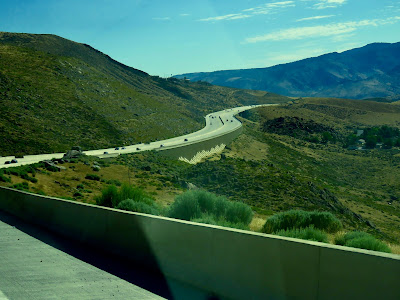 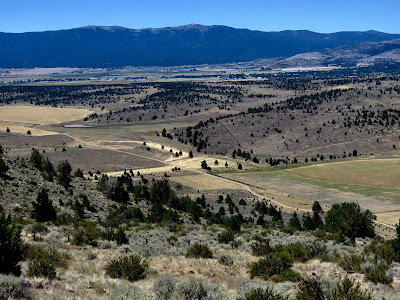 Looking down on Susanville, CA. 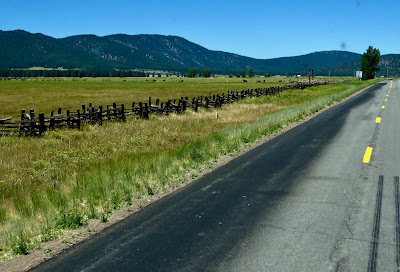 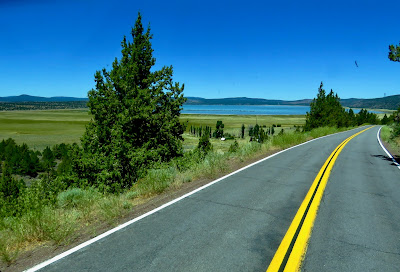 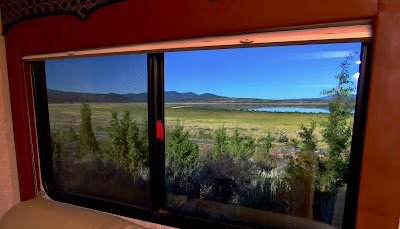 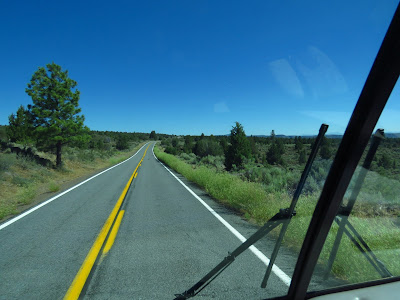 Heading north the next morning.

I was pulling a hill after leaving Eagle Lake when all of a sudden Serenity totally shut down. She would not start or even crank. The same symptoms as when she lost power in Mexico. I am thinking that the wiring that had been repaired there at come loss. I called road side service provided by my insurance carrier. I was told that my policy had lapsed. No free towing. Oh Sh…!  But also a good thing. While in Mexico I had moved Serenity’s coverage to storage since that insurance would not cover me in MX.  I forgot to reinstate my coverage and probably would not have realized my error any time soon. I reinstated coverage and paid for the tow$$$$$. Luckily I did not have an accident. 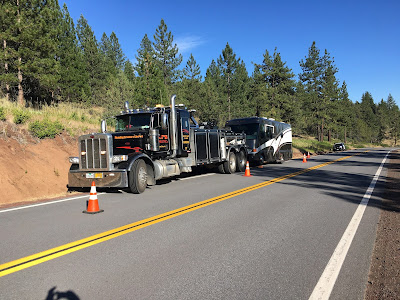 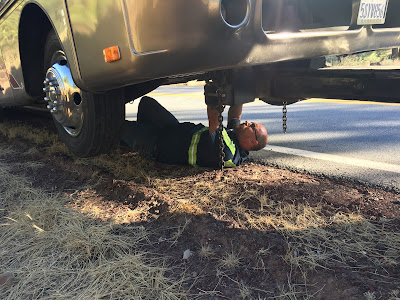 I was towed to one of my favorite shops, Master Coach in Bend OR. They found that the chassis battery was bad. Serenity had shut down when she drained all the juice out of the battery. Hooray, a simple fix. One more bonus from the battery failure. The tow truck driver notice fresh oil on the frame. Master Coach discovered a small oil leak where an oil line had rubbed against the frame. Another disaster in the making averted. 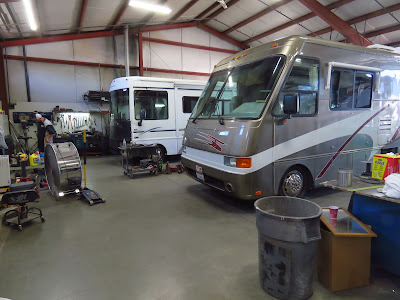