I had a fabulous time visiting with my son and his family. Rachel and Emma are smart, lively, and sooooo much fun.

I will curb my impulse and only share a few pictures. 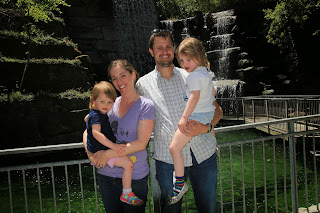 I am in the Bay Area to visit with my son, his lovely wife and my two amazing granddaughters. We are going to Gilroy Gardens tomorrow.

one year ago
two years ago

I am in Carson City, NV visiting with my old friend Cliff. He is helping me repair the interior wall board that delaminated due to a leak. Leak fixed, so it's time to fix the wall.

On the way here I stayed one night free at Tamarack Beach on Lake Walker. (38.740001, -118.766058)  The lake dropped so far that the campground was abandoned and is slowly being devoured by the local flora. 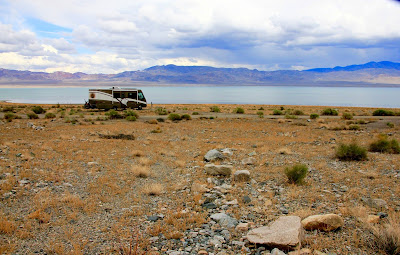 Back in the West

Colliding with the cold front coming out of Southern California. The Muleshoe Refuge encompasses several saline lakes that are a winter roosting area for Sandhill Cranes. I did not see any cranes, but the flowers were strutting their stuff. 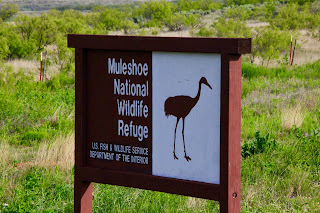 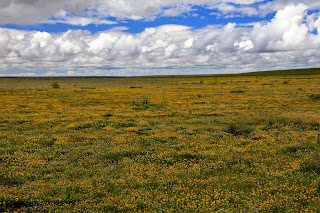 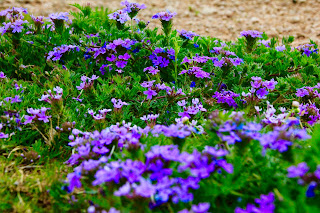 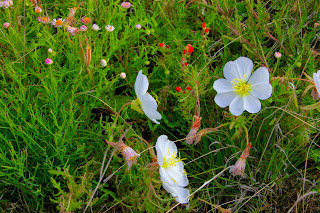 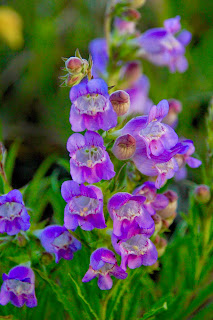 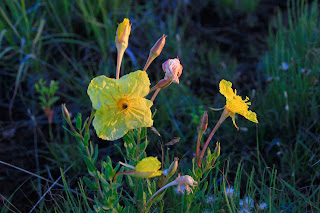 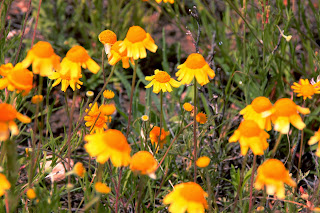 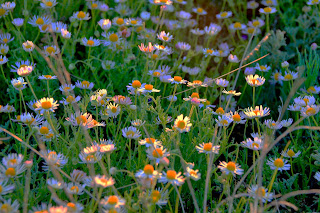 I cooled my heels for 3 days in Vicksburg waiting for the tornados to clear out of Texas. Now I am making a quick dash across. I only encountered a little rain on an unremarkable drive. Tonight I am boondocking near Abilene. (32.541225, -99.710274)

During the civil war the south had a strangle hold on the Mississippi River. To help break this blocked the north commissioned James Eads to build 7 ironclads in 100 days. The Cairo and her 6 sister boats were called the brown water navy. They were designated "city class" boats and named for northern cities on the Mississippi. 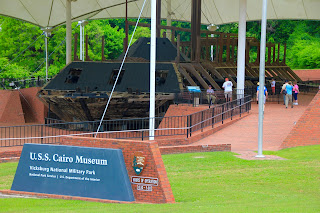 In 1956 historian Edwin Bearss used a compass as a primitive magnetometer to locate the Cairo. The compass needle deflected consistently over a single point in the river. This proved to be her resting place for the past 100 years. She was salvaged in the 1960's 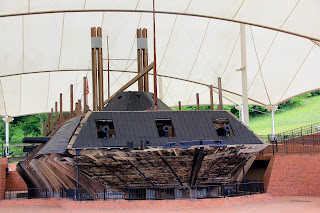 16 miles up the Yazoo River the Cairo hit an underwater mine and sunk in 36 feet of water. All hands were rescued by nearby boats. The Cairo carried a crew of 158 enlisted men and 17 officers. 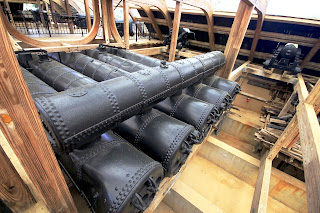 5 side by side boilers powered the Cairo, burning 2,000 lbs of coal per hour. The steam drum across the top of boilers delivered steam to the engine. 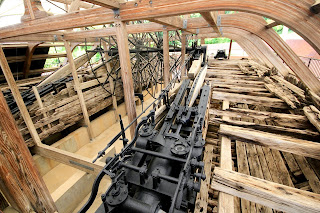 The steam engine in the foreground drove the 15 foot wide, 22 foot diameter paddle wheel that was located inside the boat, protected by its armor plating. Today we would call is opening in the boat's hull a moon pool. 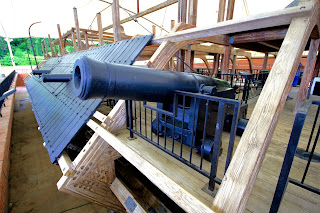 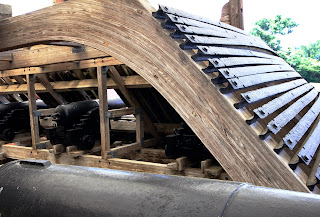 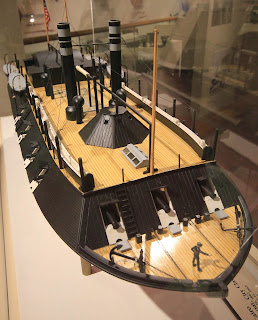 Mom has been gone for 10 years now. Every year I miss being able tell her Happy Mother's Day. She was a wonderful mom and a adventurous world traveler. I got my wanderlust from her. 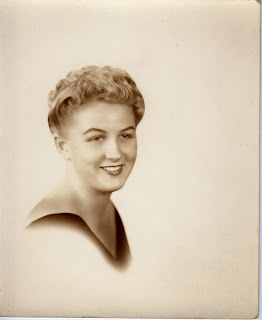 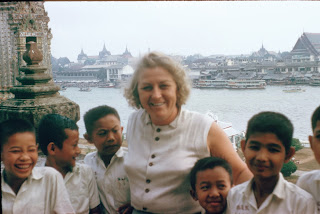 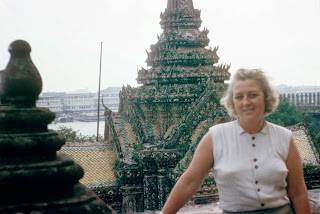 
Posted by Garth No comments:

The Natchez Trace, originally created and used by the native americans for centuries, was used by early European and American explorers from the late 1700's into the early 1800's. It connected the Eastern states with the distant Mississippi frontier. The rise of the steamboat diminished the importance of Trace.
Ohio Valley pioneers floated their crops to Nachez or New Orleans in flatboats and returned home afoot or on horseback via the Trace. Swift post riders could carry the mail between Nashville and Natchez in less than 10 days. 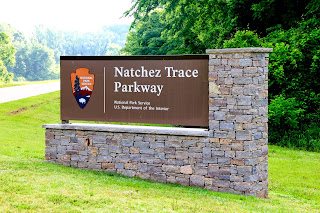 Emerald Mound is the second largest Native American Temple Mound in the US. This eight acre mound, constructed from a natural hill, was built and used from about 1300 to 1600 by the Mississippians, ancestors of the Natchez Indians. 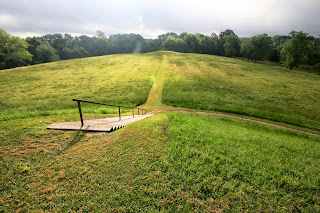 The iconic sunken trace eroded by thousands of travelers. 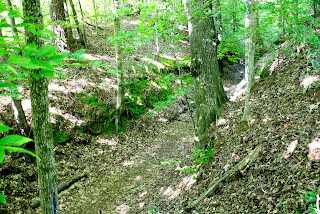 one year ago
two years ago 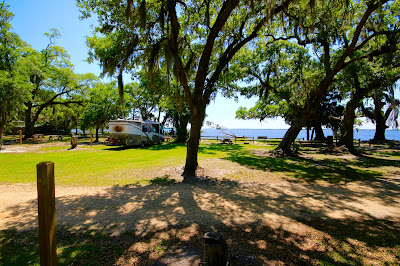 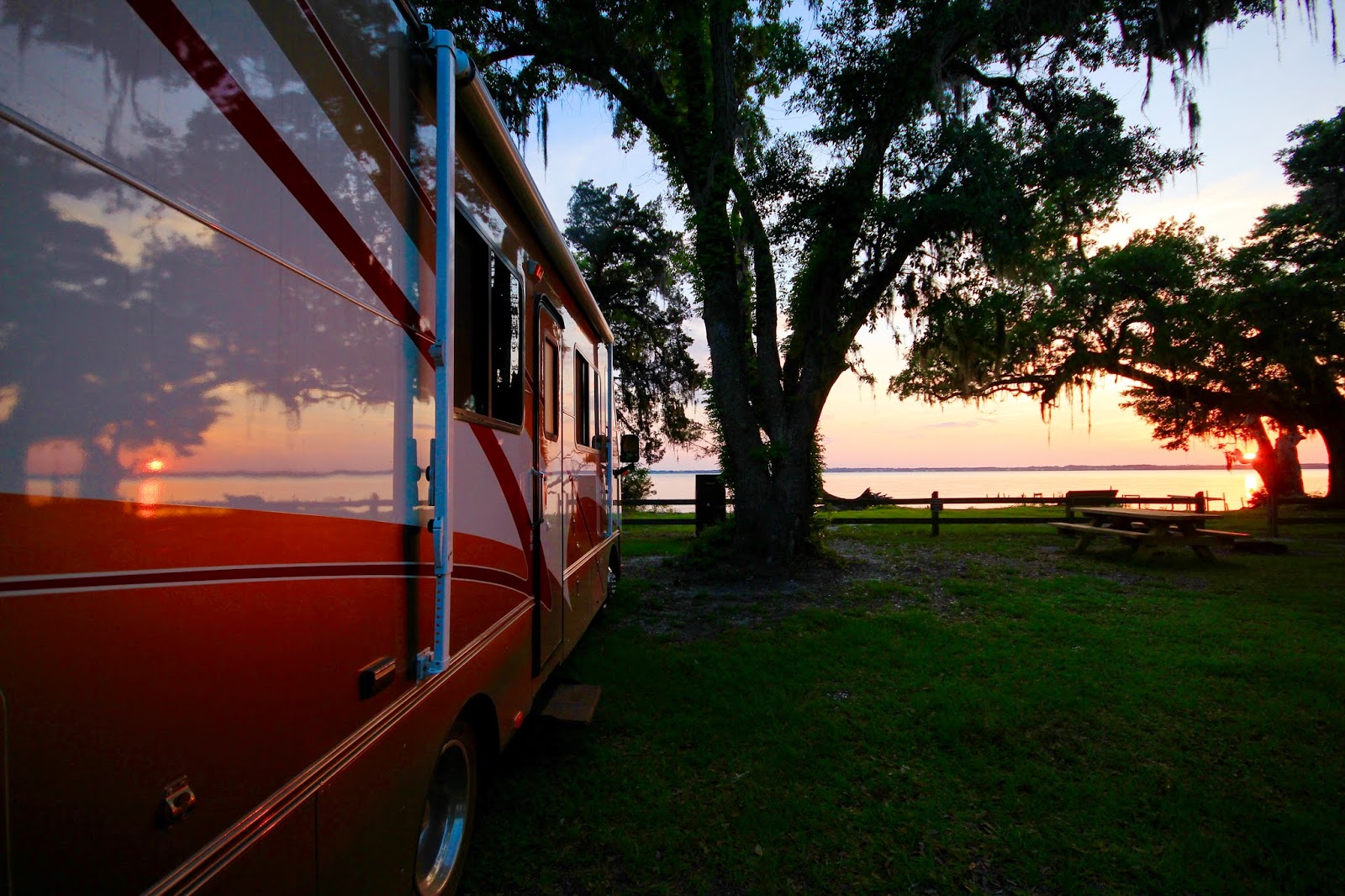