My brother Don, his wife Ann and I perused the Bodega Art Fair today. Yes, this is the same famous California town where Hitchcock's movie The Birds was filmed. 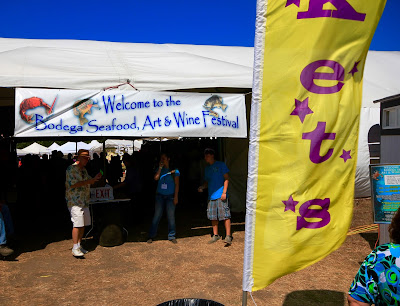 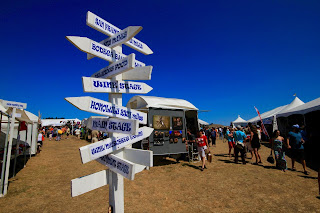 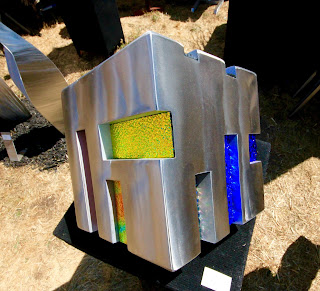 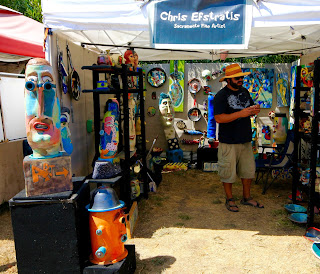 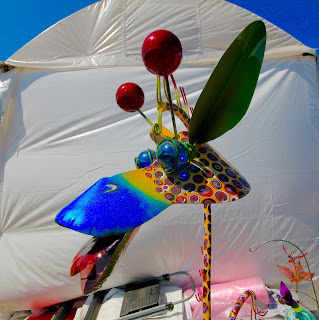 Echoes of my youth. The band is Beautiful Day. They played Humboldt State when I was a student there. I love their song White Bird. 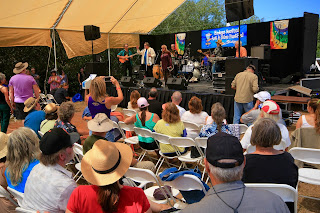 
Posted by Garth No comments:

I had a great time visiting with Tom and his family. Catching up and fishing were at the top of the leader board. I am in Seaside, OR at Thousand Trails. Serenity is getting her first bath in 3 months. She is looking good. 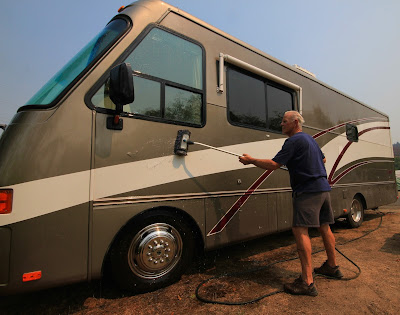 Tom and his son Tommy took me Walleye and Bass fishing on the mighty Columbia. Both are excellent fishermen and we had a great time.


We caught a lot of small bass that we released. 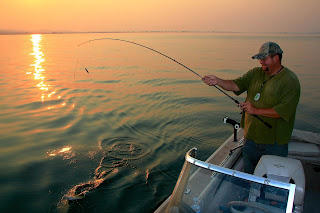 And we caught keepers 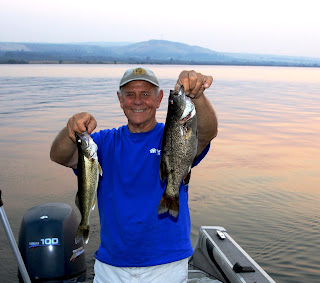 Rolling south out of BC to visit my friends Tom and Sherry in eastern Washington. 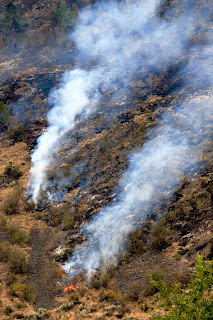 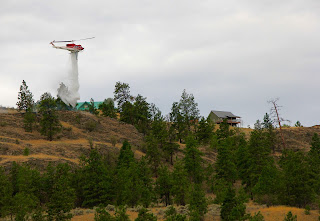 The Haidas believed that if it took more than an day to dig the pit for their long houses, evil spirits would migrate from the earth to their home. The deeper the pit, the more people you needed to hire to dig it in one day. Thus the depth of your pit was an indicator of your wealth. 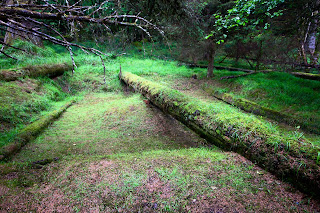 The "logs" across the pits are either log rafters or frontal poles.


This is the chiefs house with four terraces. The pit was lined with cedar planks. The head of the household and his immediate family lived at the back of the long house, lesser family members in the middle, and slaves at the front door. Haida were warriors that raided coastal villages and took slaves.  In the back ground is the Watchman’s cabin. Each summer they guide visitors through the villages. 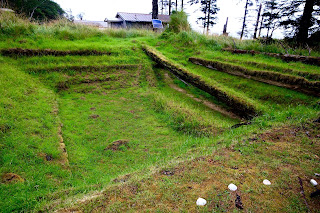 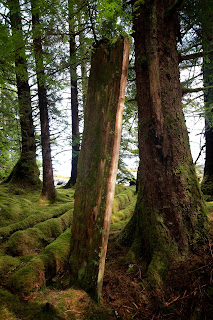 This is the first pole raised in Gwaii Haanas National Park in 130 years. It commemorates the park’s establishment. The park ranges from the sea bottom to the mountain peaks. 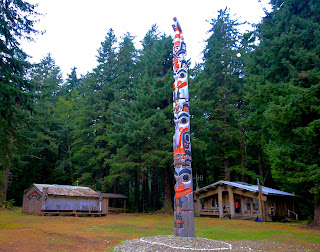 The scorpion fish at the pole’s bottom represents the underwater park and the eagle at the top the mountain peaks. The flared nostrils and large black eyes represent the grizzly bear. 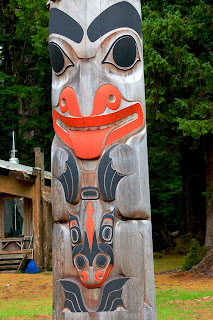 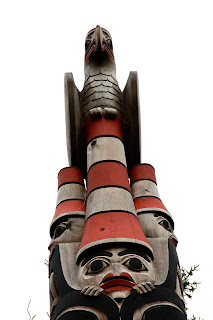 A traditional Haida long house on the outside, no so much on the inside. 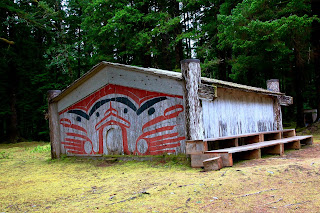 This long house is for kayakers that visit. 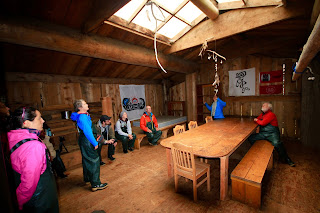