The Haida Heritage Centre in Queen Charlotte is a must see. This wonderful museum dramatically presents the Haida history. No photos allowed. The earliest excavated sites date back to over 12,000 years. The Haida culture is older, but these sites have been inundated by rising sea levels. Contact with europeans was deadly for the Haida. Small Pox decimated 90% of their numbers, followed by missionaries who attempted to eradicate their culture.
Today, thankfully, the Haida are embracing and rebuilding their historical culture across the island and especially in places like the Haida Heritage Centre. 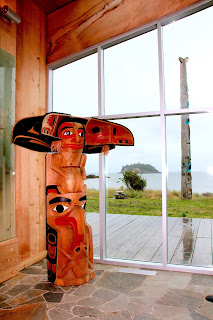 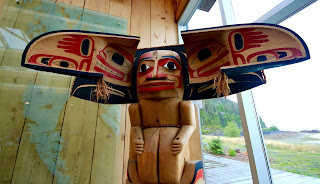 This magnificent cedar pole is the middle section of a much larger monumental pole carved circa 1800's. At the base is the head of a Grizzly Bear. The next figure is a Chief signified by the Potlatch hat with rings, each ring represented a Potlatch hosted by that Chief. The top figure is a Dogfish which is often represented with sharp teeth and the gills on each side. 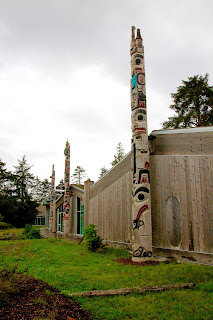 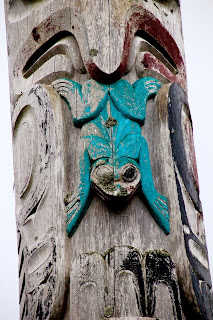 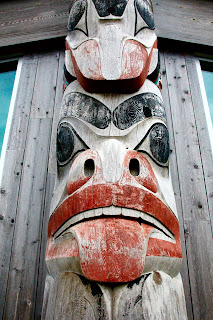 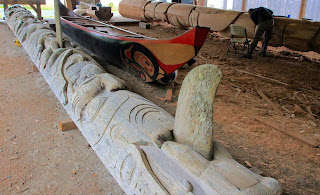 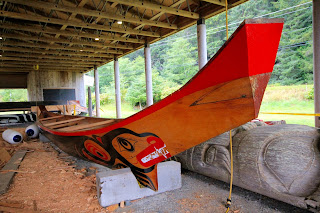 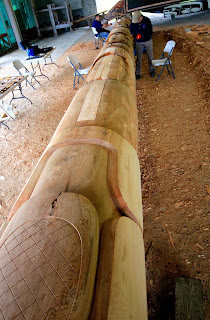 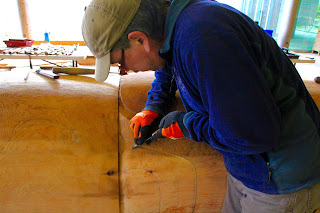 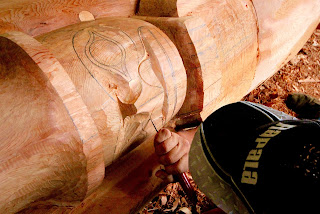 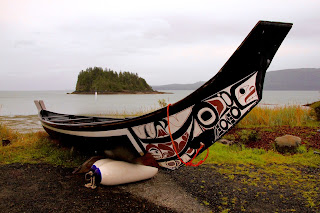 The art of the Haida is so beautiful.
When you visit plan to eat at the Kay Bistro in the Haida Heritage Centre. Some of the best food on the island.