In 1863 Jacob Snively followed early blazes to a 10 mile long faulted area where ancient volcanics had filled the faults with Galena, lead ore, laced with Silver. Early miners dug shafts down hundreds of feet into these rich deposits. Silver was the goal in these early days. Recovery of Galena, think lead, became very important during both World Wars. The last miner left in 1979.  Over the past 116 years the population in this remote desert location fluctuated between a few hardy soles to several thousand people providing all the services needed to support mining. The Armstrongs bought the property in 1993. In 1998 Fish and Game wanted to remove all remains of the mining era spread over a many square miles. Allen Armstrong asked and was granted permission to collect and move it all to his museum. You can read more here and here. 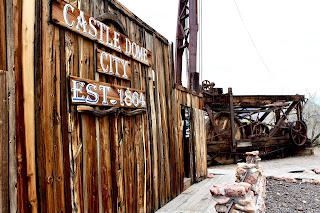 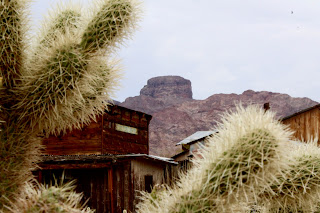 The volcanic plug that the town was named after. 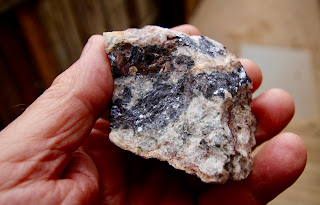 This Galena ore yields 40 oz of silver per ton. 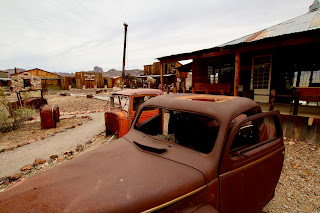 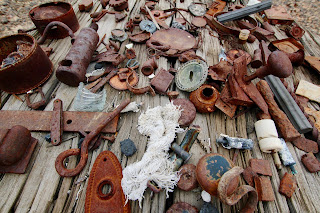 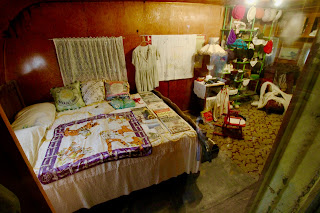 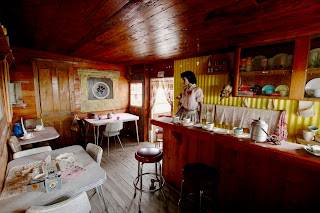 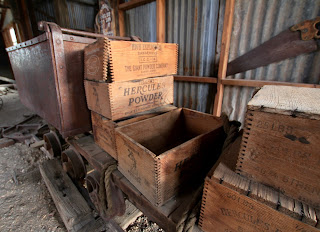 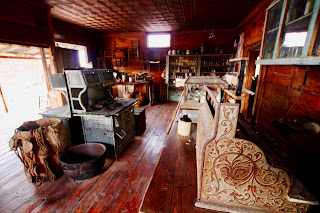 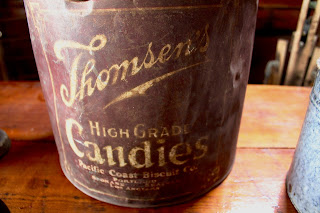 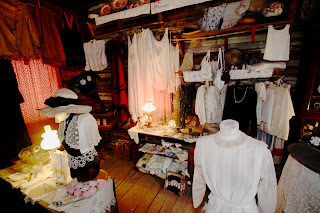 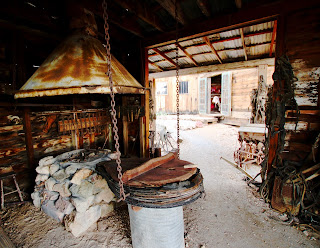 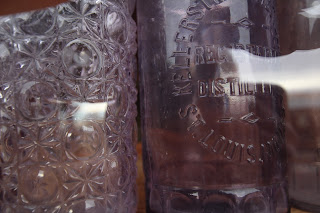 Early glass had a green tint. Glass makers added magnesium to make it clear.  The Mg tinted the glass purple after long exposure to sun light. 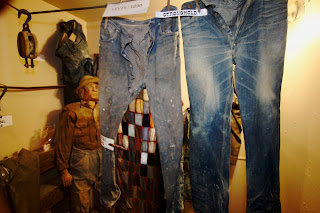 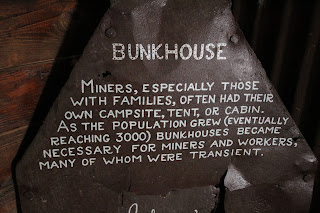 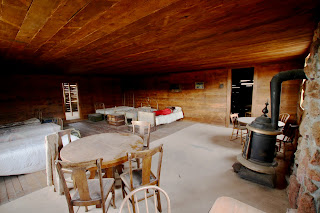 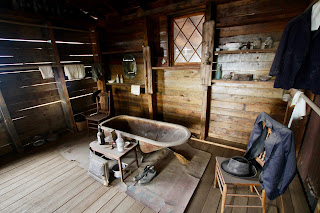 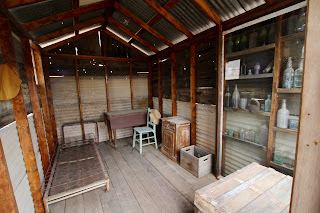 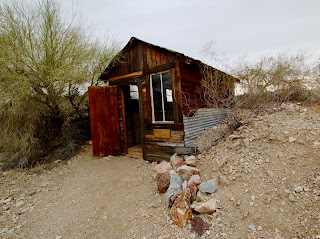 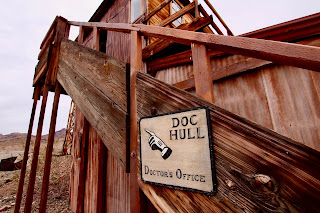 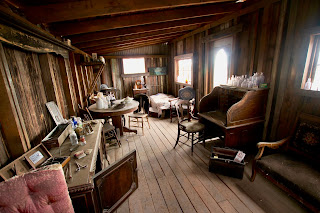 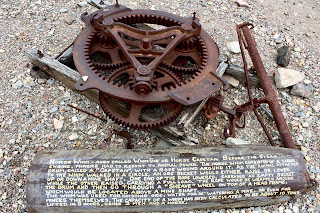 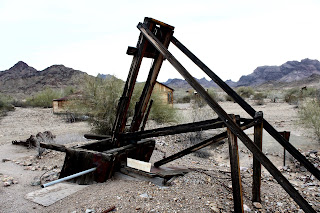 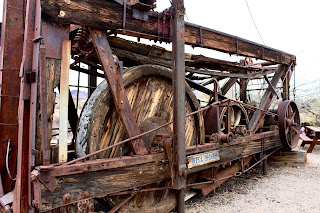 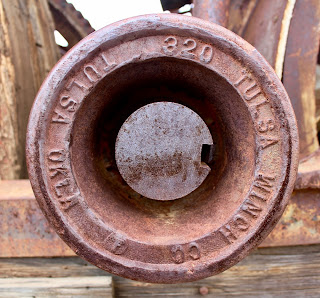 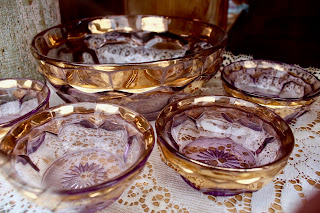 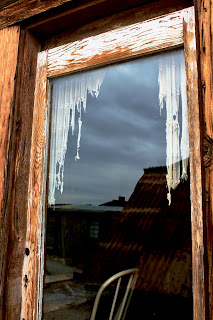 We spent several hours exploring the treasures collected here. I especially liked that you could touch and handle most of the items.
Posted by Garth