The original  Yaquina Lighthouse is the oldest light on the coast. Early lighthouses where wood and incorporated the light into the keepers quarters. In was in operation from 1871 to 1874. It was fitted with a fifth-order Fresnel lens. Fresnel lenses ranged from 1, brightest to 6 dimmest.

The light's low output and also being shielded from south bound ship by Yaquina Head limited its usefulness. 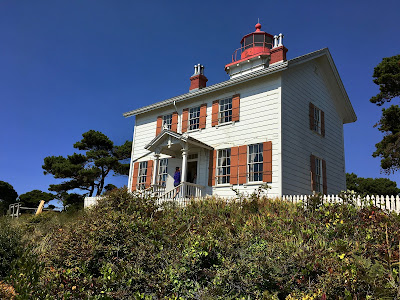 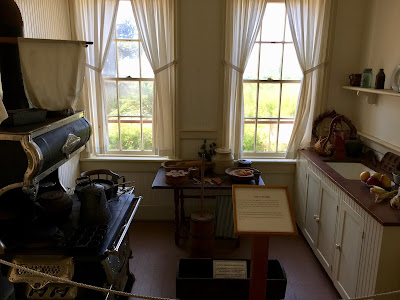 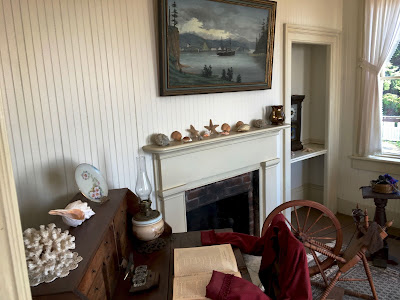 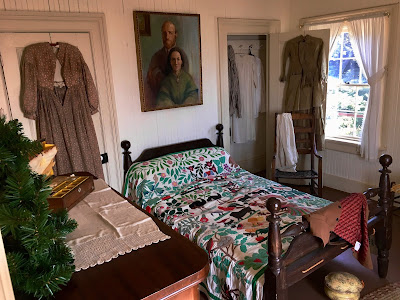 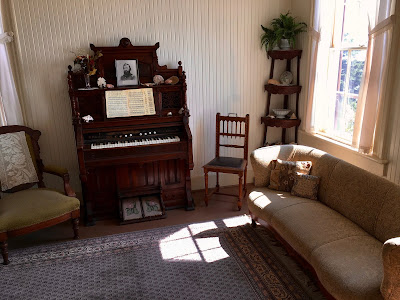 In 1873 a new light house was built on the Yaquina Head with a larger, brighter second order Fresnel lens. Then both north and south bound ships could see the light miles out to sea. 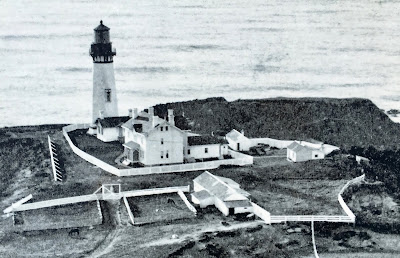 1877 photo. The buildings deteriorated and were removed in 1930 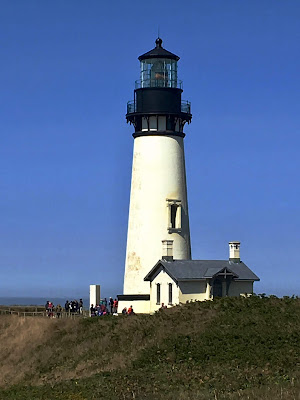 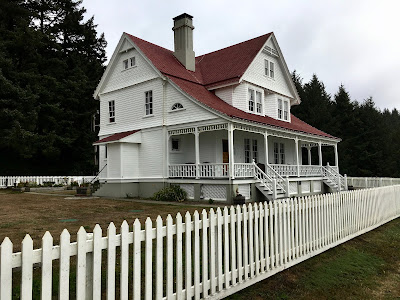 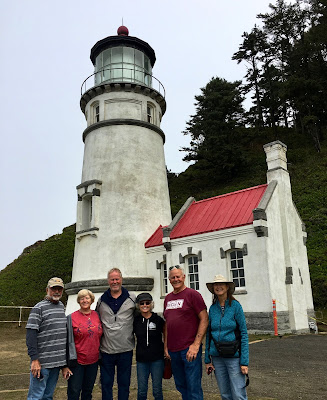 It went into operation in 1894 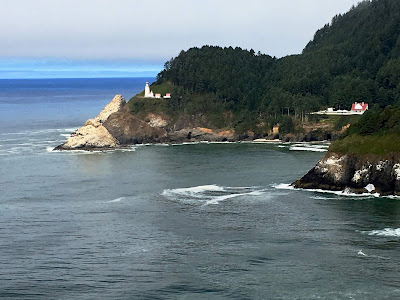 It is the most picturesque Lighthouse on the coast. 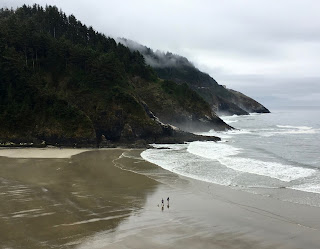 and the view, the view