USS Kidd (DD-661), a Fletcher-class destroyer, was the first ship of the United States Navy to be named after Rear Admiral Isaac C. Kidd, who died on the bridge of his flagship USS Arizona during the attack on Pearl Harbor. 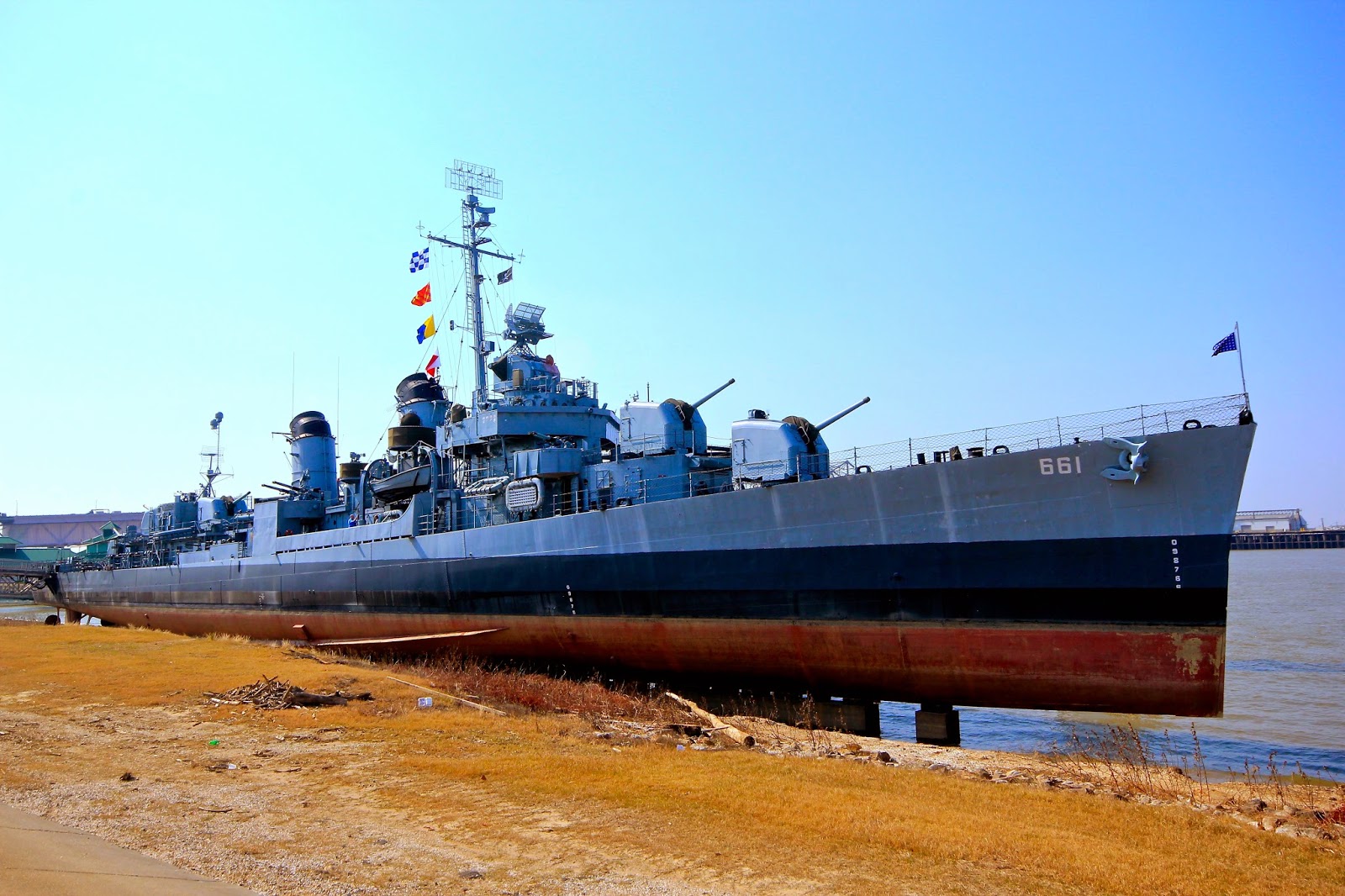 Today, the Kidd rests high and dry on supporting blocks. During the year the river will rise and fall as much as 40 feet. To keep her in place the Kidd is attached to large mooring posts on the river side that allow her to rise and fall with the river. 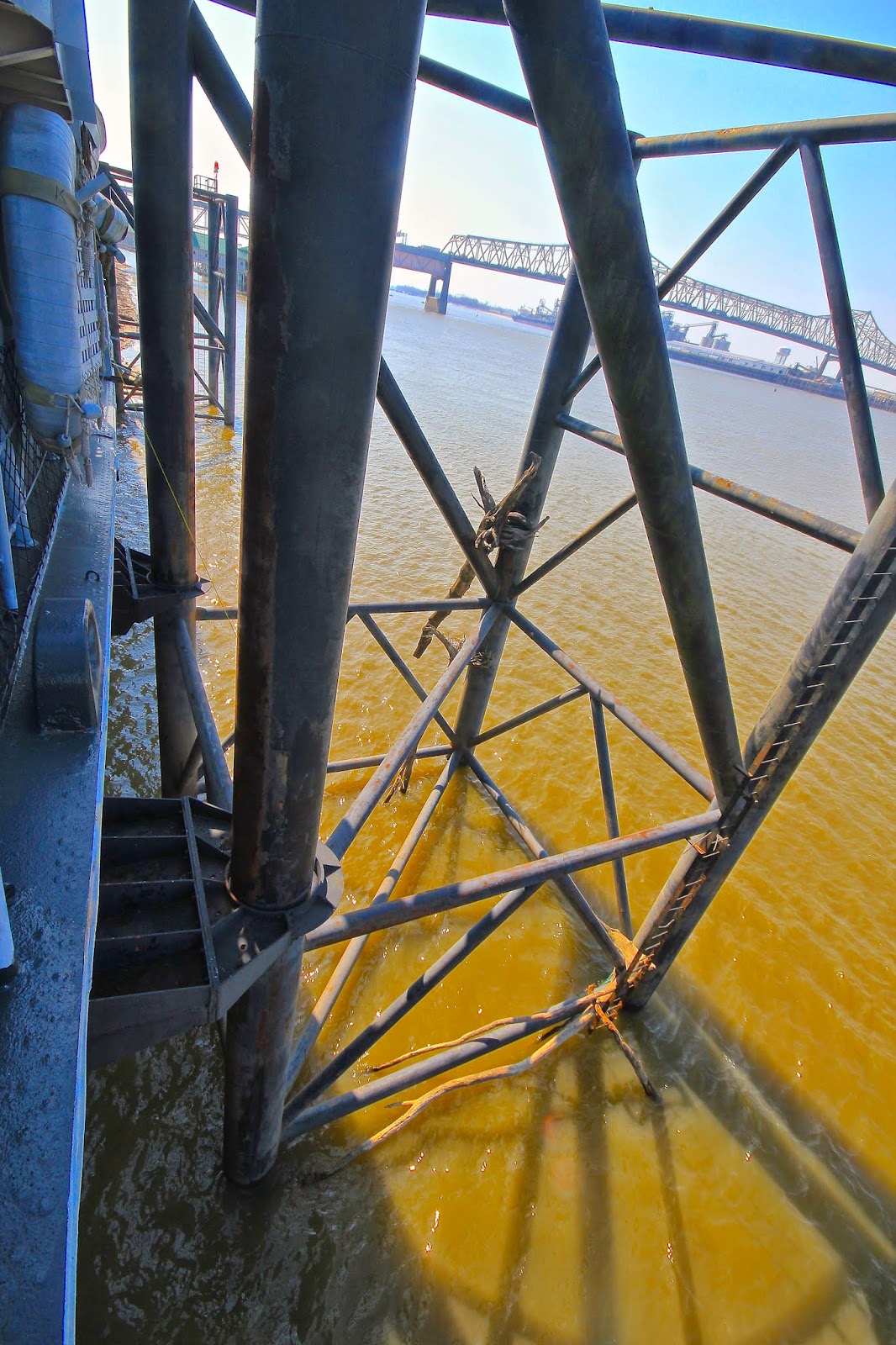 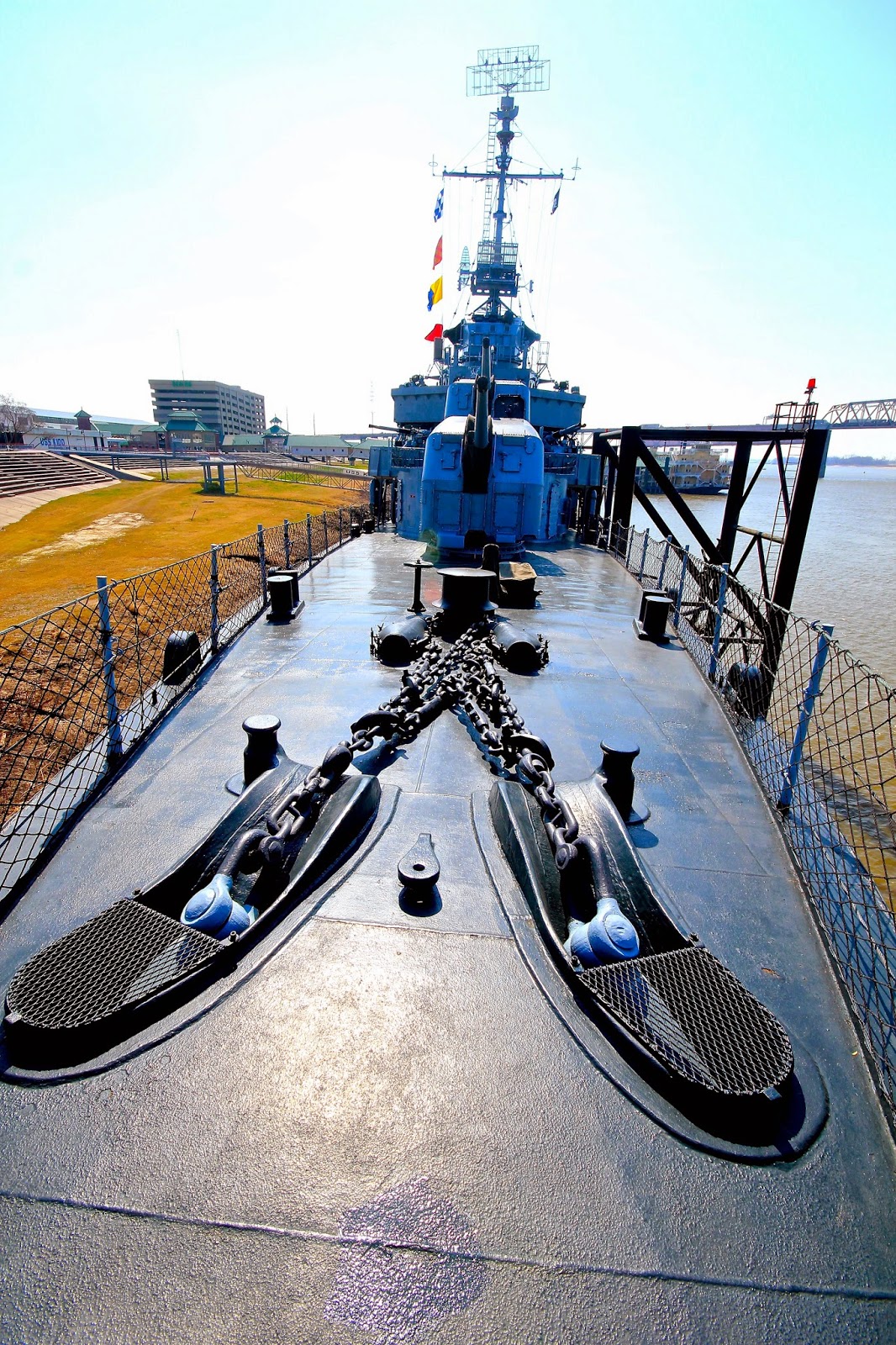 The USS Kidd was never modernized and retains her WWII appearance. She has been loving restored by ex-navy volunteers. 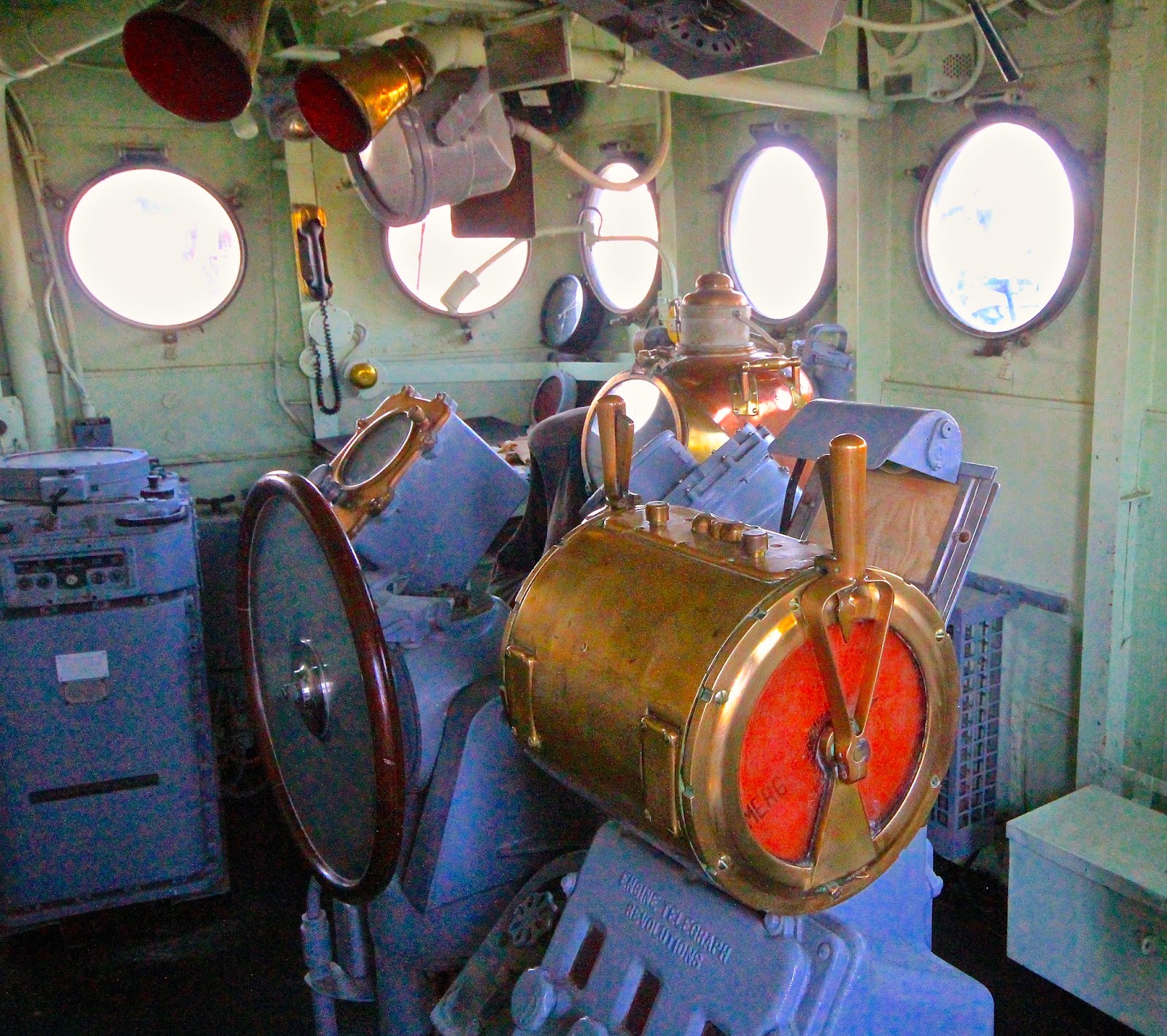 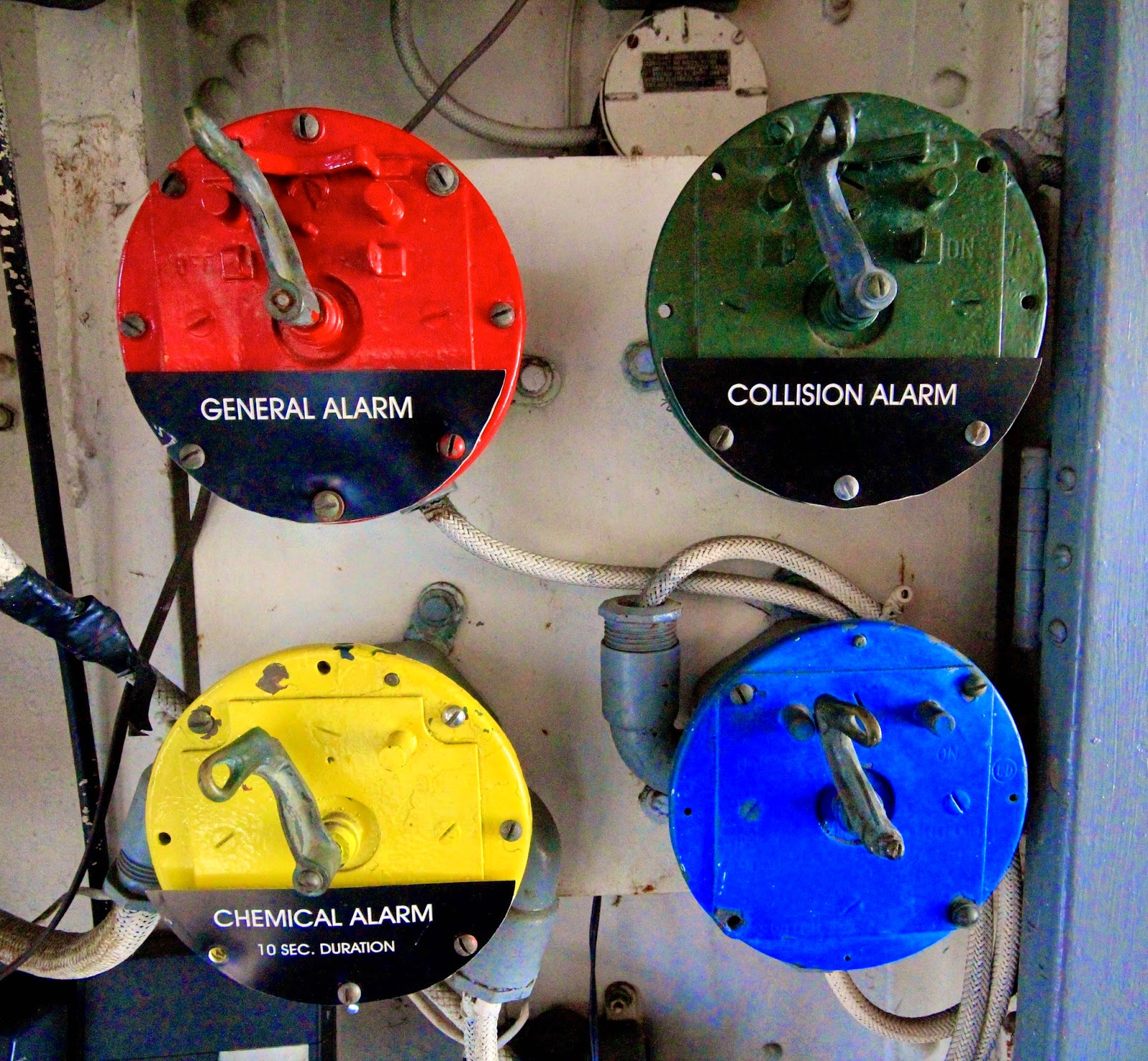 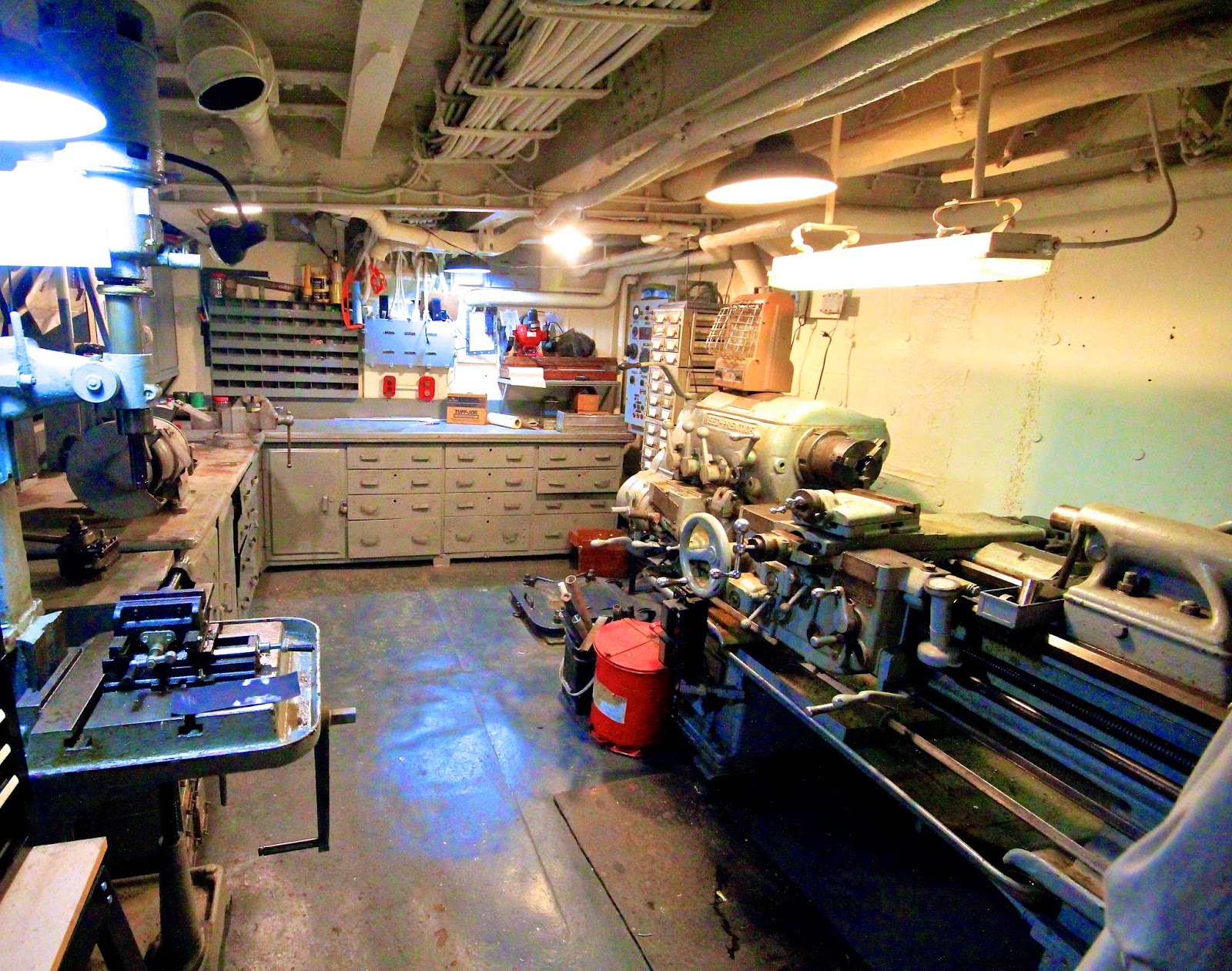 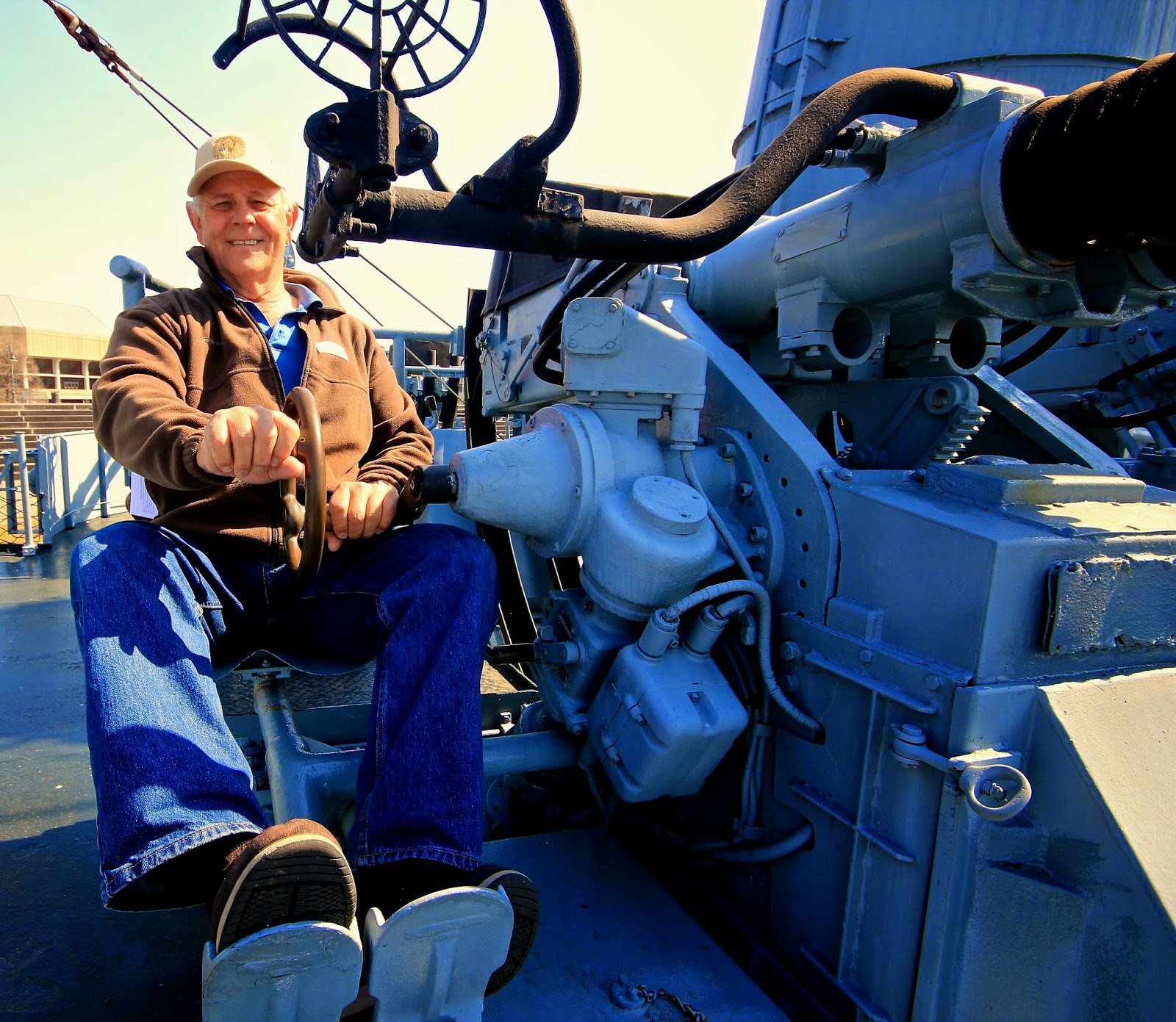 The USS Kidd was known as the Pirate of the Pacific. She was a small destroyer and did not have the amenities of larger ships, like movies and ice cream machines. So, when they rescued a downed pilot, 5 gallons of ice cream was demanded for his return.