We visited Embry-Riddle's Prescott Valley campus. The University's main campus is in Florida. Embry is a private university that offers degrees in all area of aviation. One in every four pilots are said to be an Embry-Riddle graduate. We were invited to tour their new robotics lab, 3D printing lab and their Air Traffic Control Laboratory. 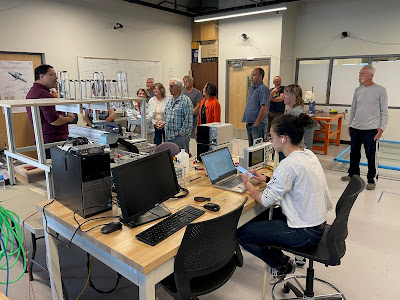 The student in the foreground is a member of a five student team creating a robotic drink mixer.
Each student receives $300 to complete the project. 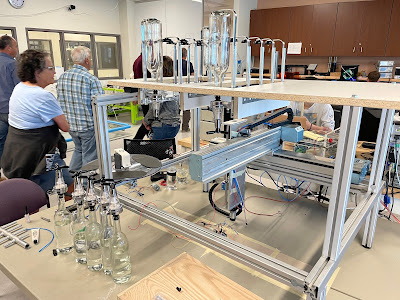 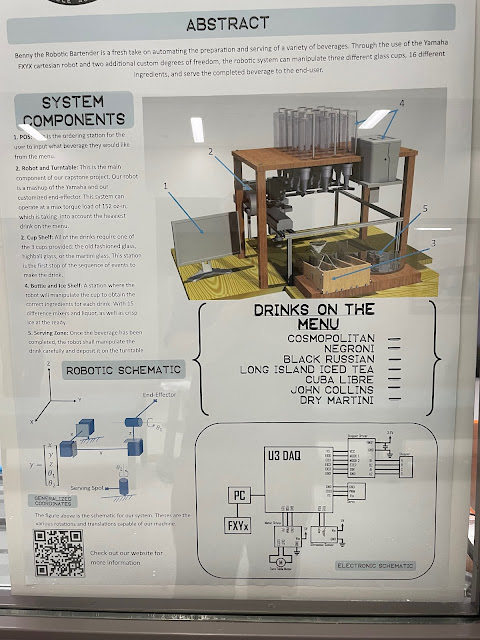 The teams proposal for their drink mixer 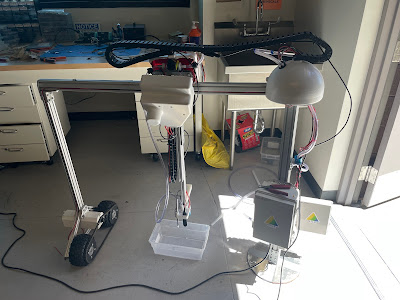 This team is building an agricultural robot to weed, water, fertilize crops 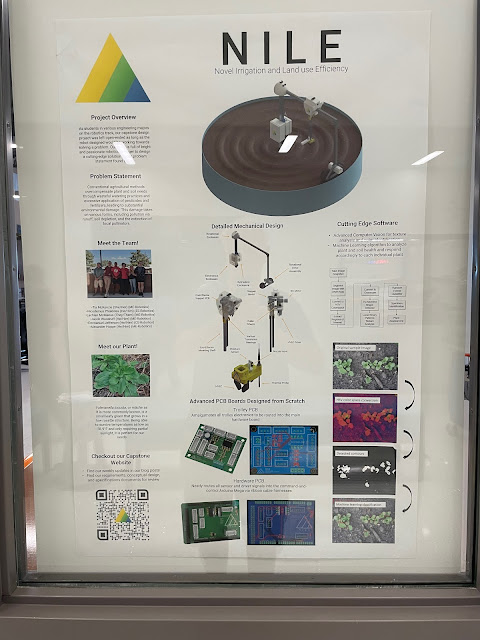 The 3D printing lab is an important hub as many student projects require 3D printed parts. There are a dozen or more various types of 3D printers here. 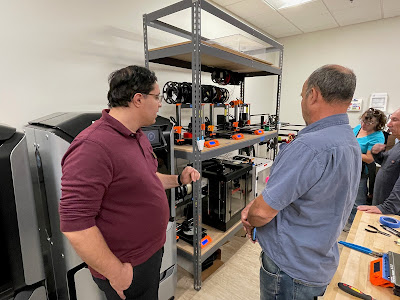 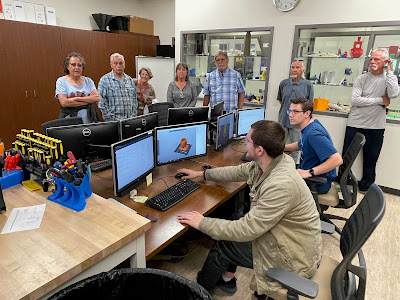 The students who run the lab 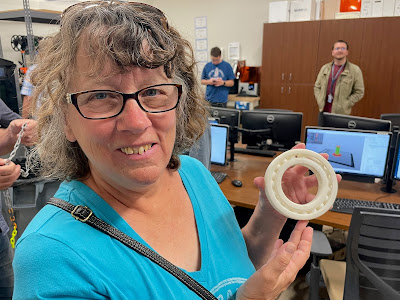 Jane is holding a bearing that was printed in one pass.
In the Air Traffic Control Laboratory students are sharping their skills for a career in air traffic control. Air traffic controller is the 7th highest paying job in the US 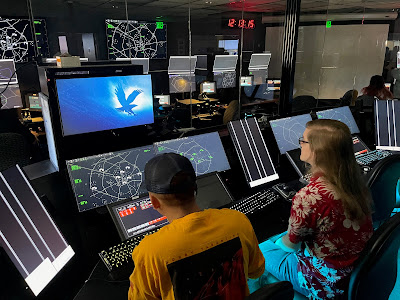 The students in the foreground are air traffic controllers and they are directing the pilots on the computers in the rear. 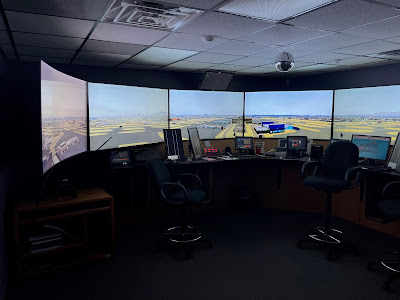 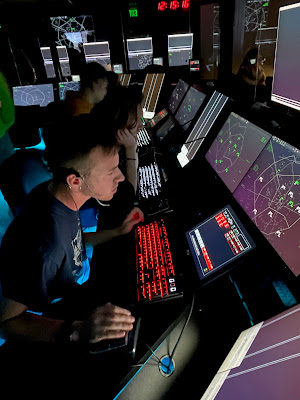