Home to three generations of Roosevelt's and FDR's birthplace. 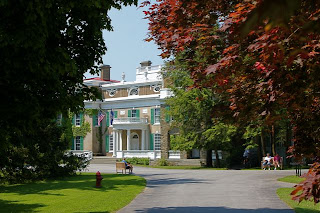 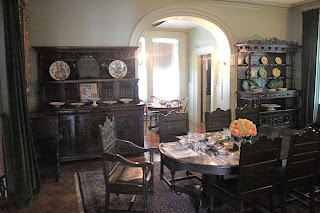 The dining room. The table could be extended to seat 20. Many heads of state and royalty graced this table.The chair on the left was FDR's and was always turned away from the table so he could easily move into it from his wheelchair. 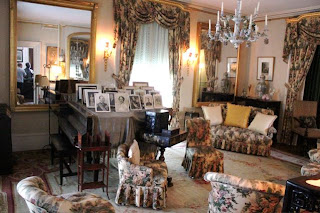 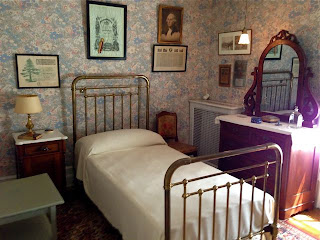 FDR's bedroom until his marriage in 1905 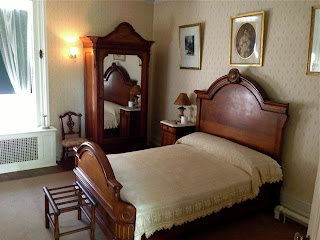 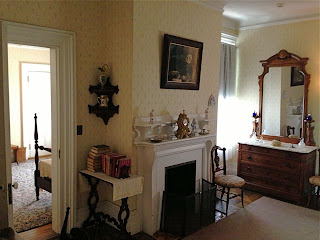 The other wall of the "birth room"

FDR's bedroom. He and Eleanor shared this room until he as stricken with polio. The phone on the wall by the head board was a direct line to the White House. 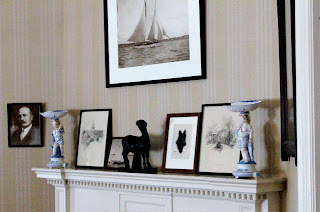 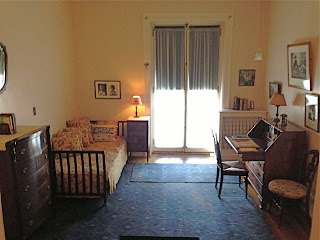 Eleanor occupied this bedroom after FDR's illness. It was converted from her dressing room. Eleanor never felt at home here, because she regarded it as the domain of her mother-in-law Sara Roosevelt. The small size of the room and its sparse furnishings convey this feeling. Eleanor and Franklin built Val-Kill in 1928 in the eastern section of the estate as Eleanor's retreat. 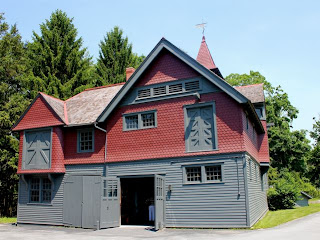 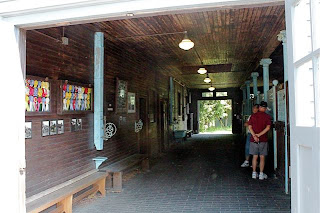 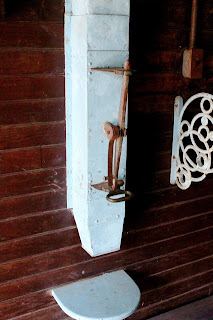 I think this device dispensed a measured quantity of grain for the horses. When you pull on the handle the bottom blade come out and the top blade goes in, releasing the grain trapped between the to blades. Push the handle back in and the grain fills the tube to the lower blade. You can see in the upper photo that it runs up to the hay loft. 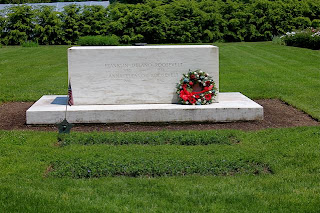 Eleanor and Franklin are laid to rest in the rose garden. 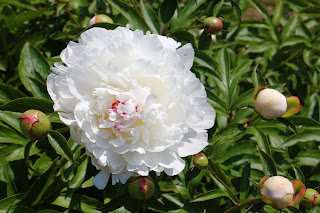 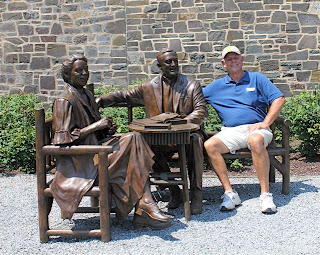 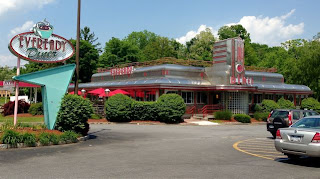 Triple D visited the Eveready Diner in Hyde Park, NY (map) and had the short ribs. 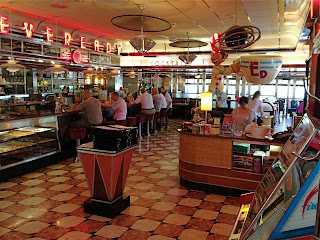 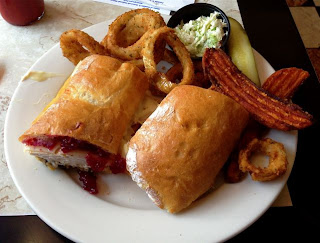 No short ribs today,  :-(   they are a Friday, Saturday & Sunday thing. I had the New England special, turkey, cranberry, and vegetable dressing on a very fresh roll. It was excellent and we are coming back Friday for the short ribs. :-)