The Very Large Array is one of the most powerful radio telescopes in the world. This site in western New Mexico (34.078358, -107.618803) was chosen because it is high, flat and far from any city. The mountains ringing the plains provide protection from man-made electrical interference. Additionally, the height above sea level, 6,900 feet, minimizes the blurring effect of the atmosphere on radian images. 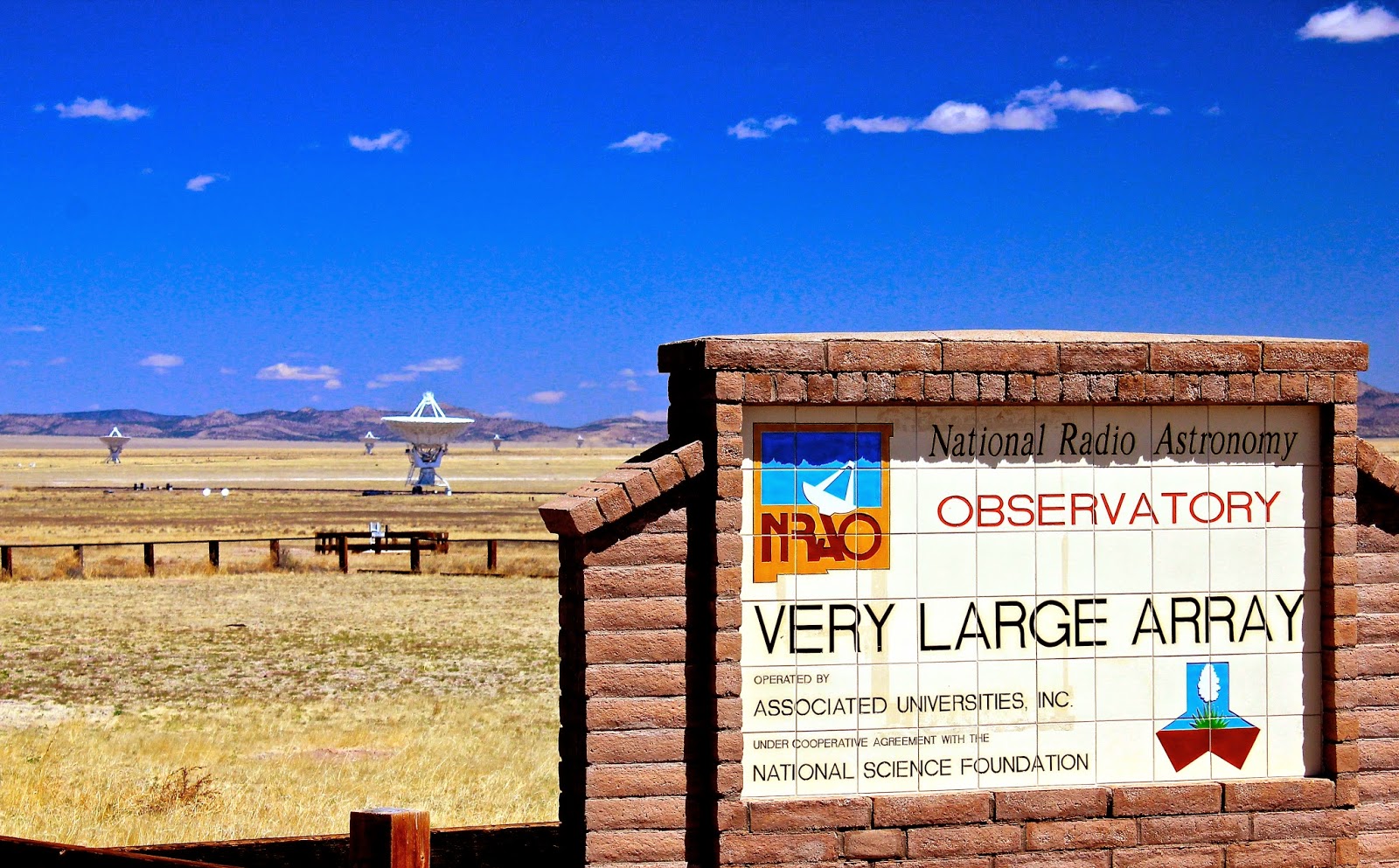 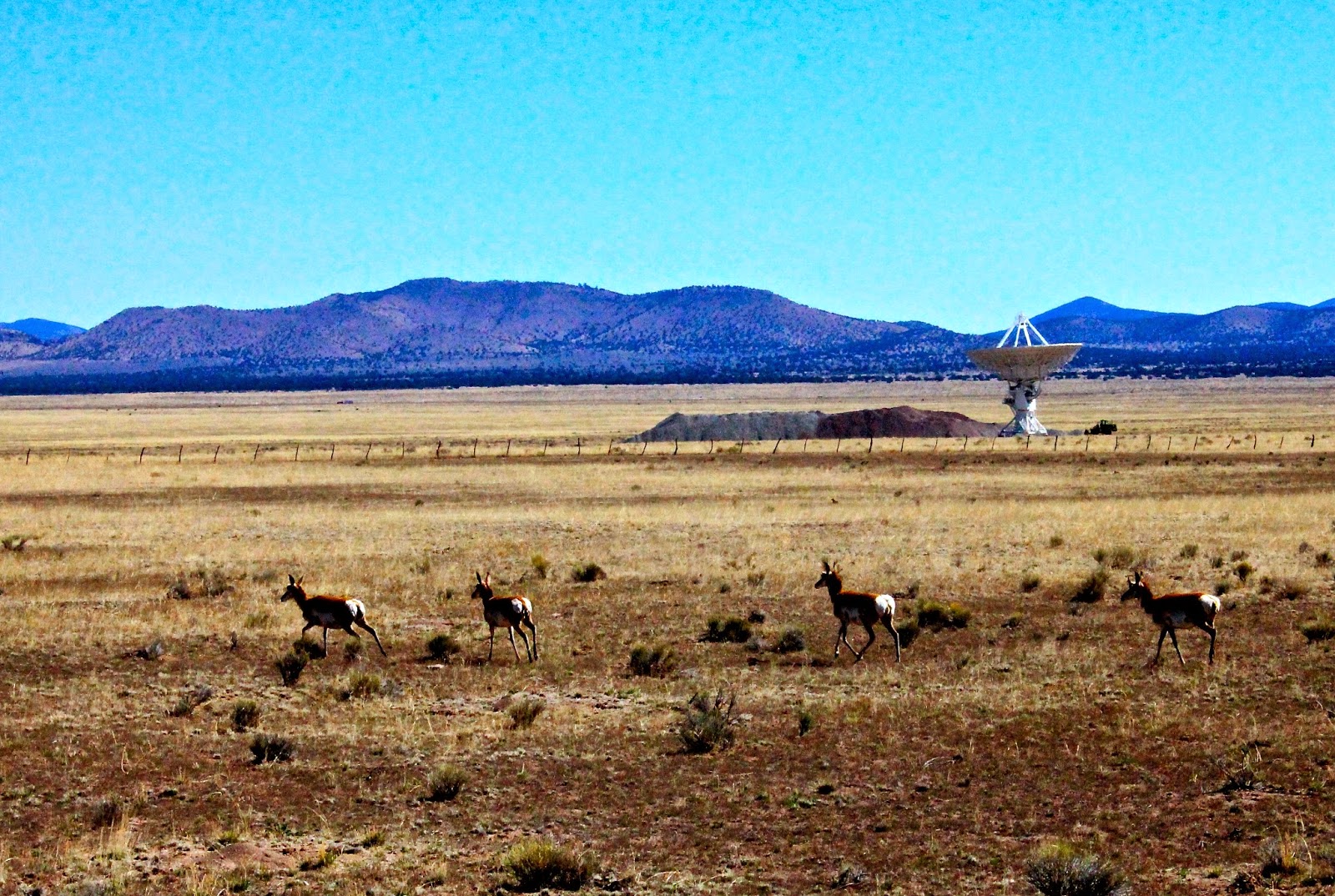 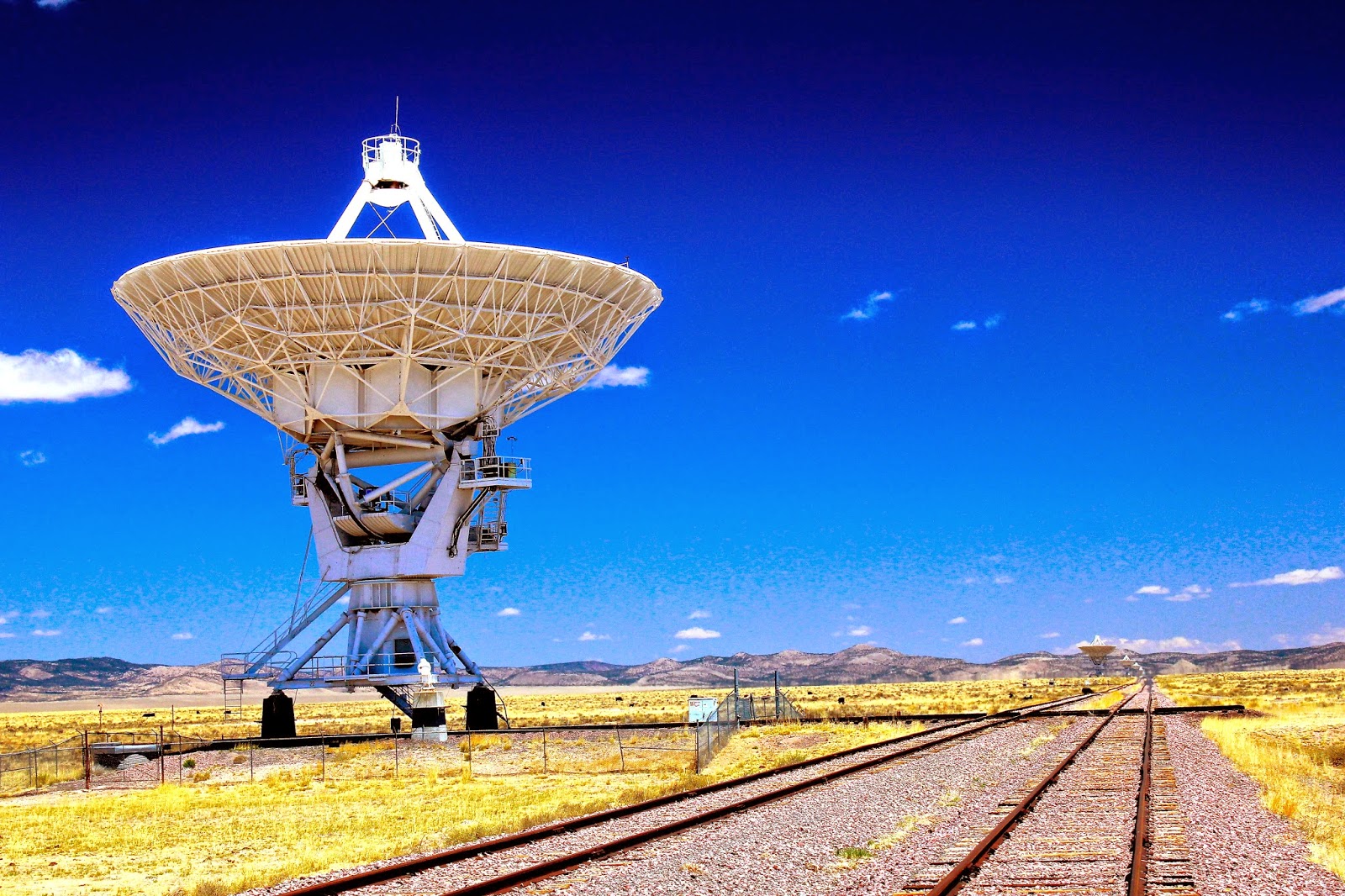 There are twenty seven 230 ton, 25 meter wide dish antennas place along three legs of a Y shaped antenna grid that is 22 miles across. They act together as one very large telescope.   Radio waves are generated by nearly every object in space, but they are a billionth of a billion times less powerful than a call on you cell phone. In fact, cell phones must be turned off as they can blind the telescope's sensitive radio eyes.

The resolution of the VLA can be varied by changing the distance of the dishes from the center. They are move four times a year. 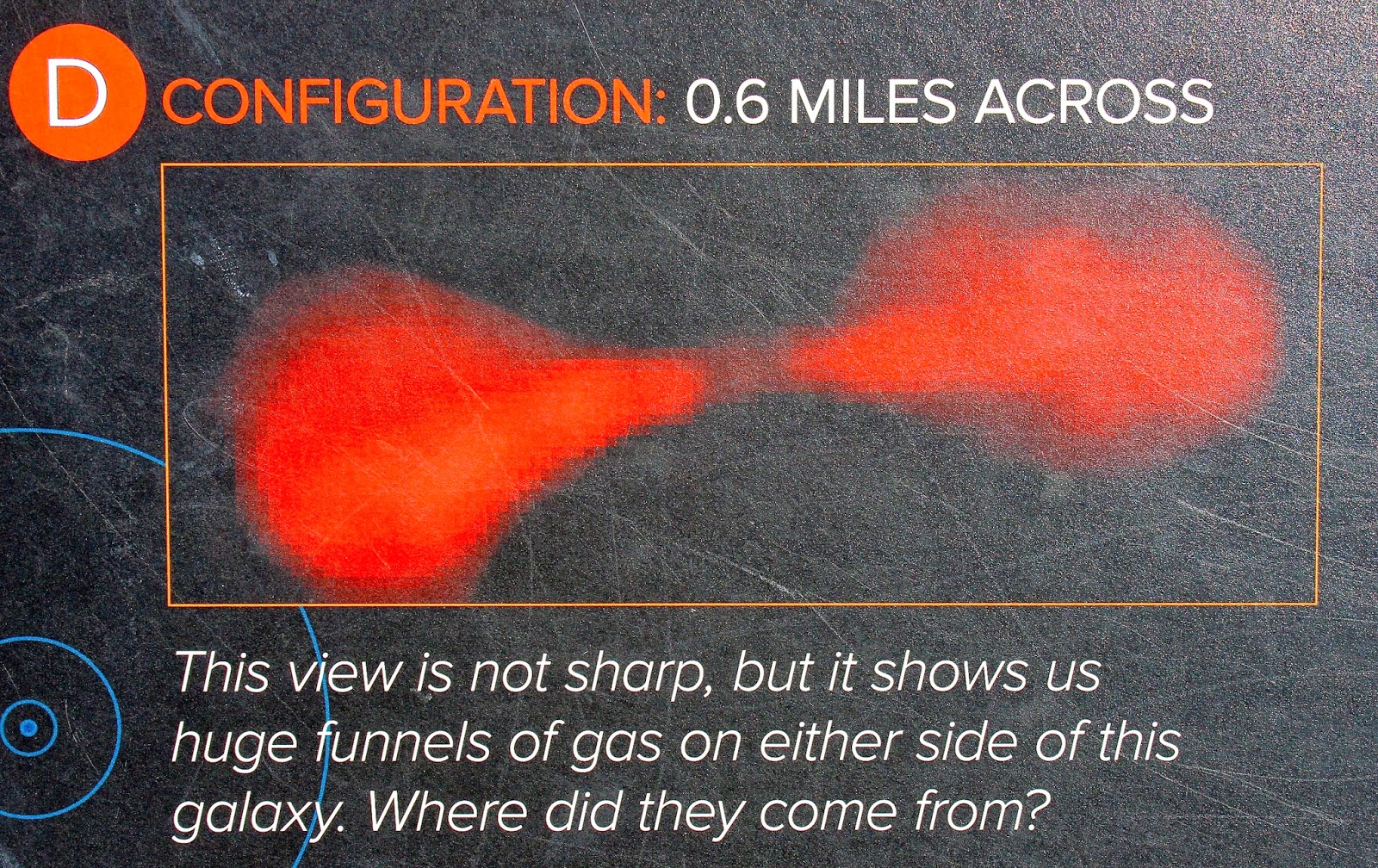 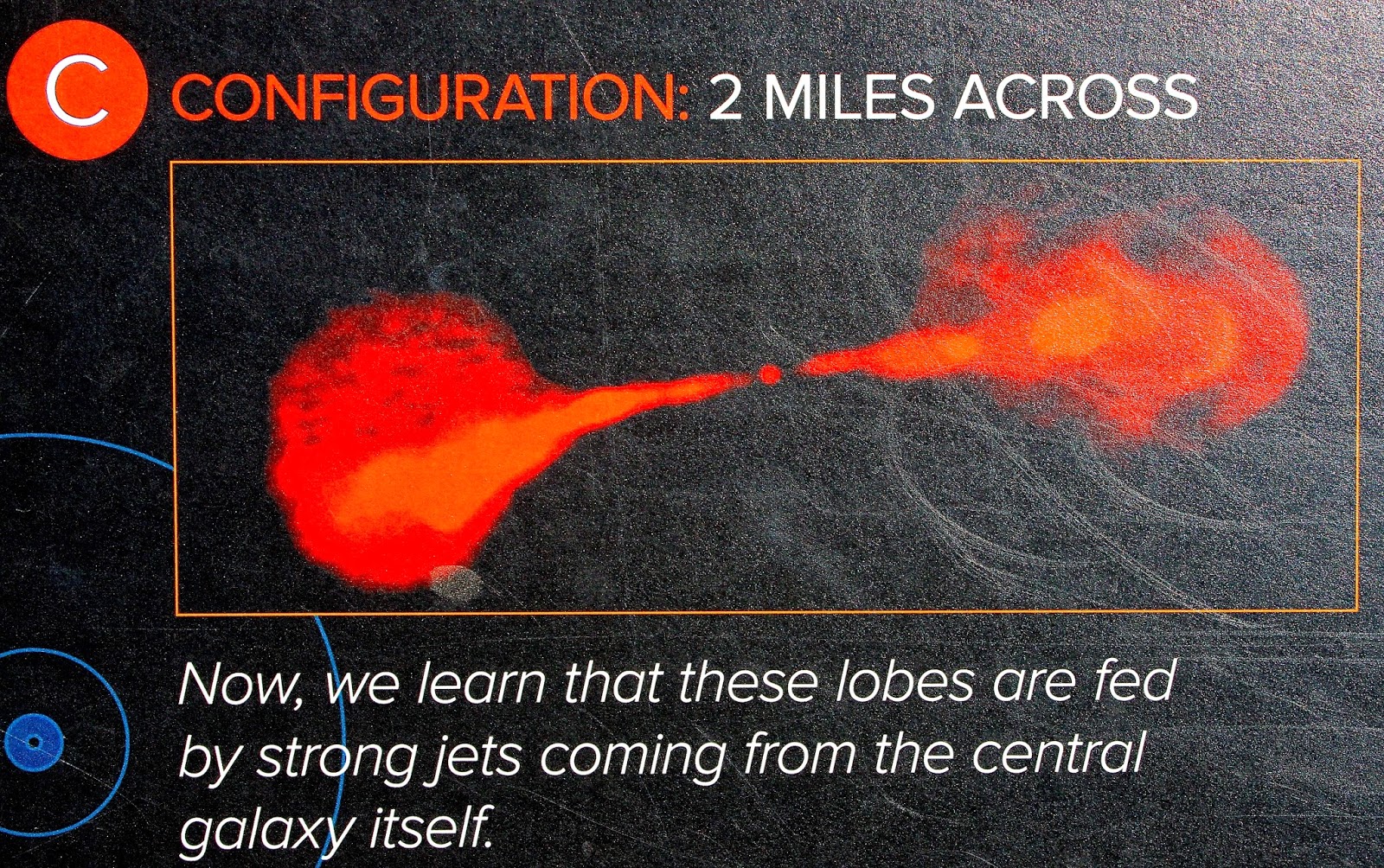 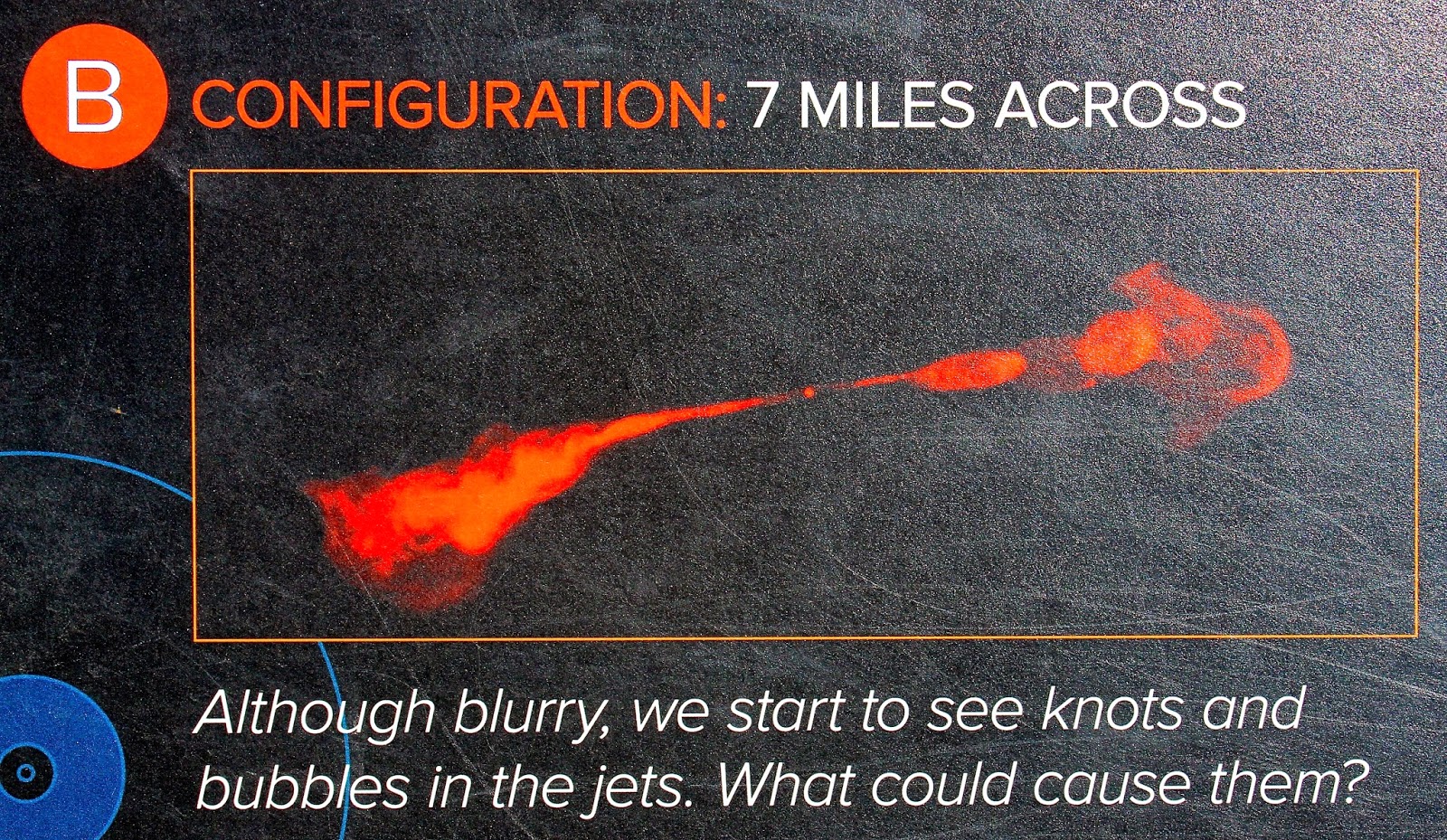 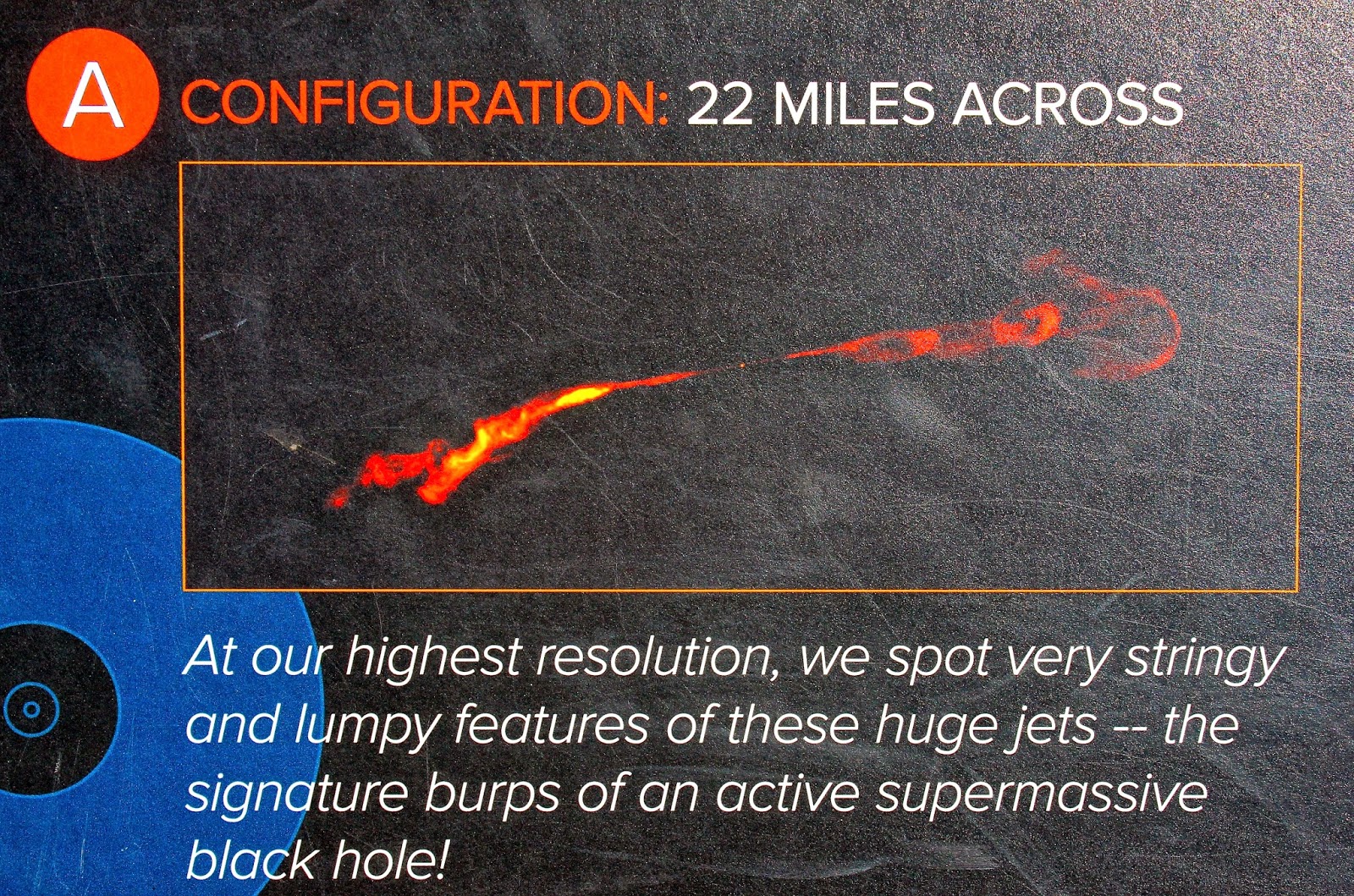 Manatee Nebula - this gas cloud harbors the compacted remains of an exploded star. 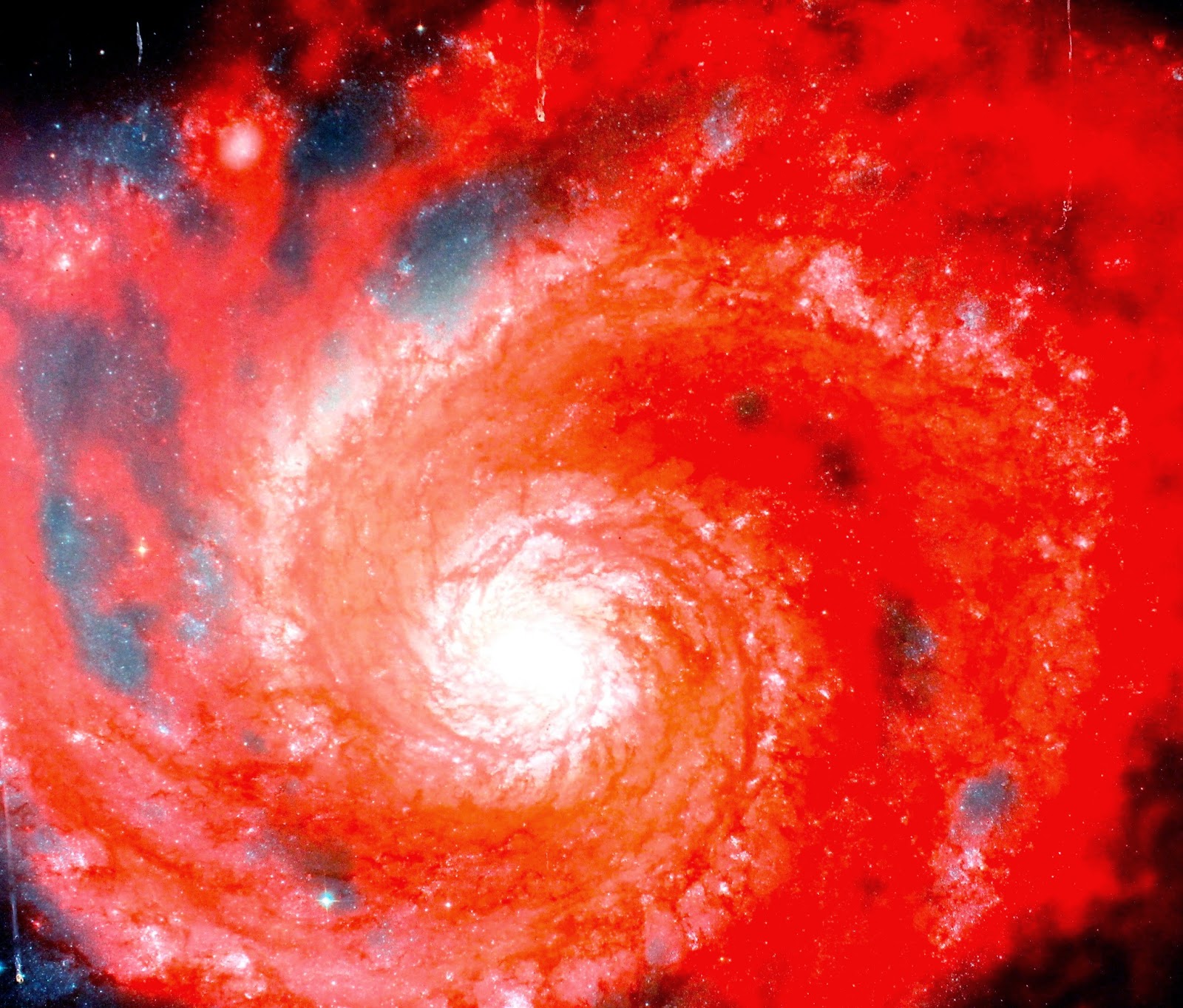 The LVA is its' self a star. It was featured in Carl Sagan's Comos: A Personal Voyage, and the films 2010, The Arrival and Independence Day to name a few.