Up UP and Away

We went to the Old Timers Balloon Rally in Carlsbad, NM this morning, 6am. I liked this festival better than Albuquerque because it is free, a smaller festival with only 80 balloons, you can park next to the field and just walk on, and the pilots were very friendly.  We were invited to their Bar-B-Que after flying. 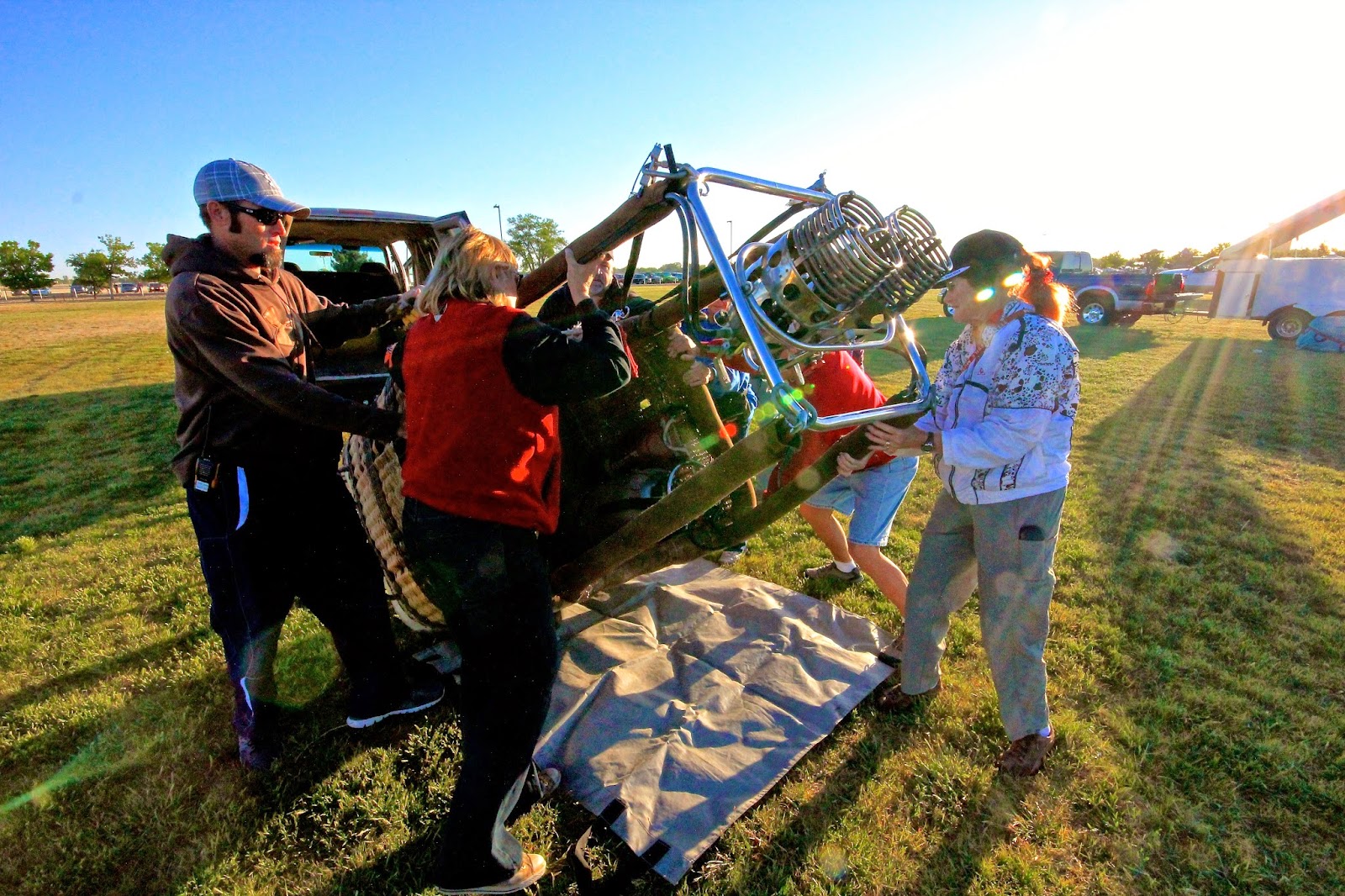 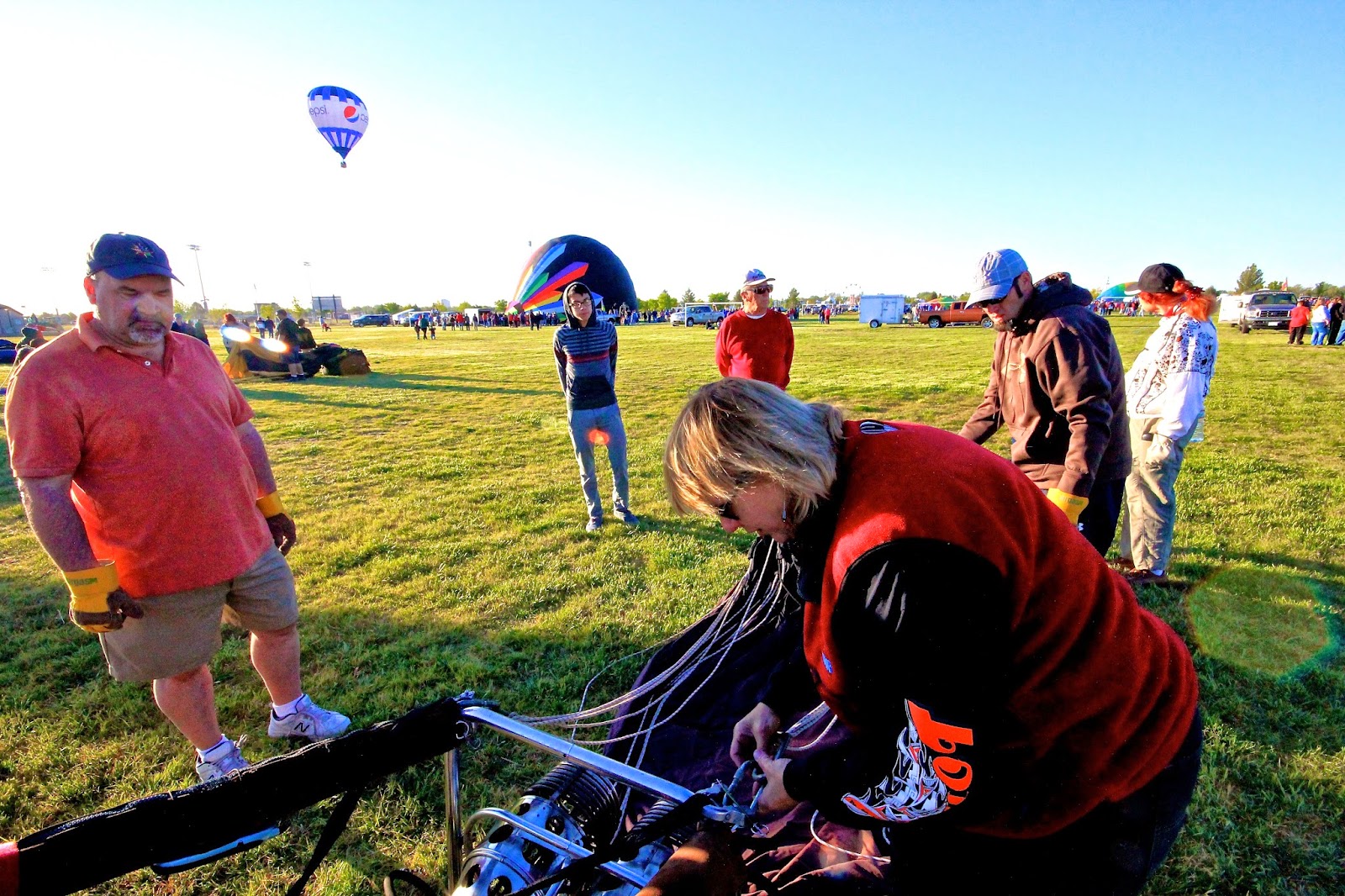 Pilot Debbie is attaching the balloon to the basket. 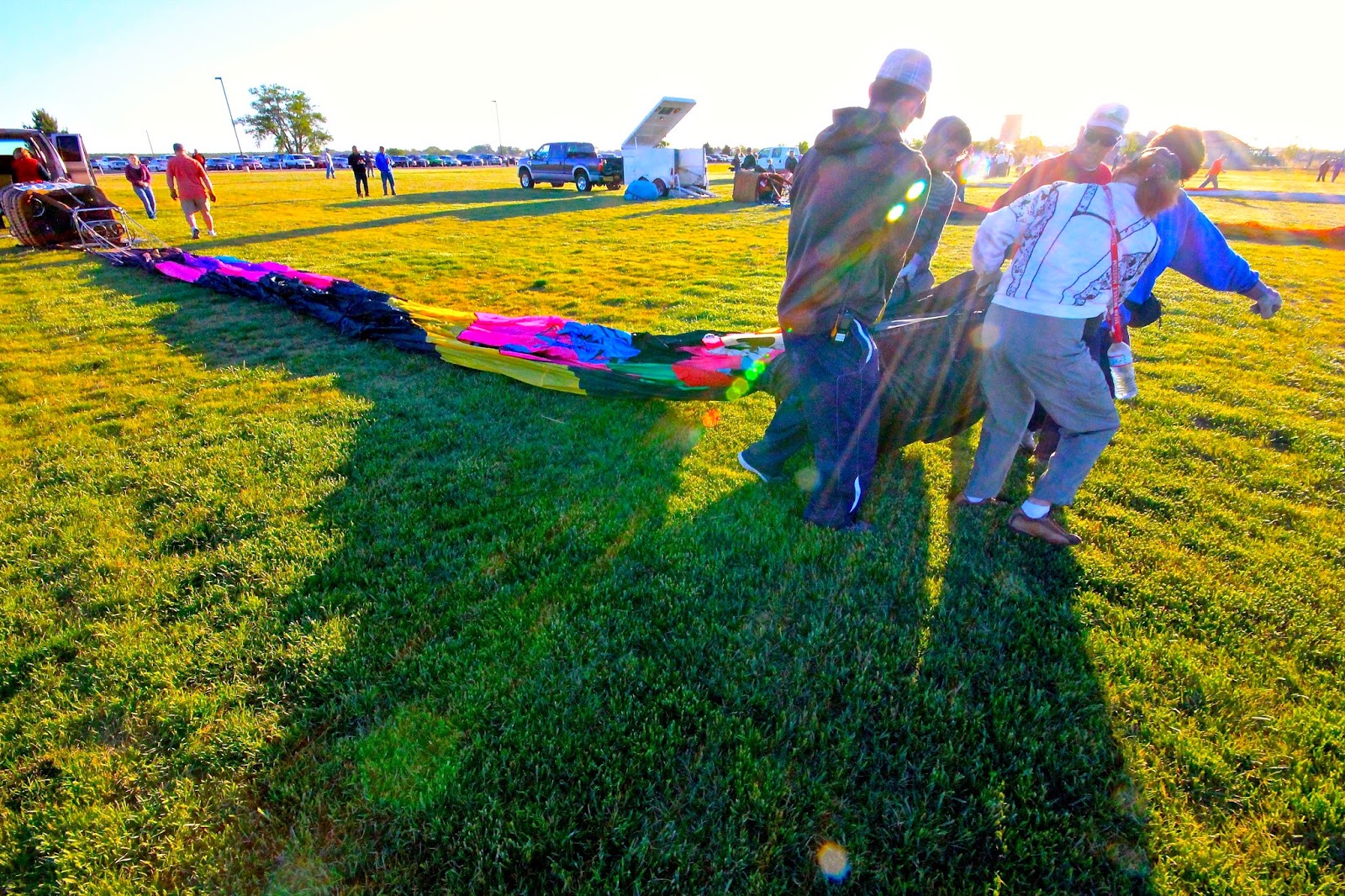 Pulling out the balloon. 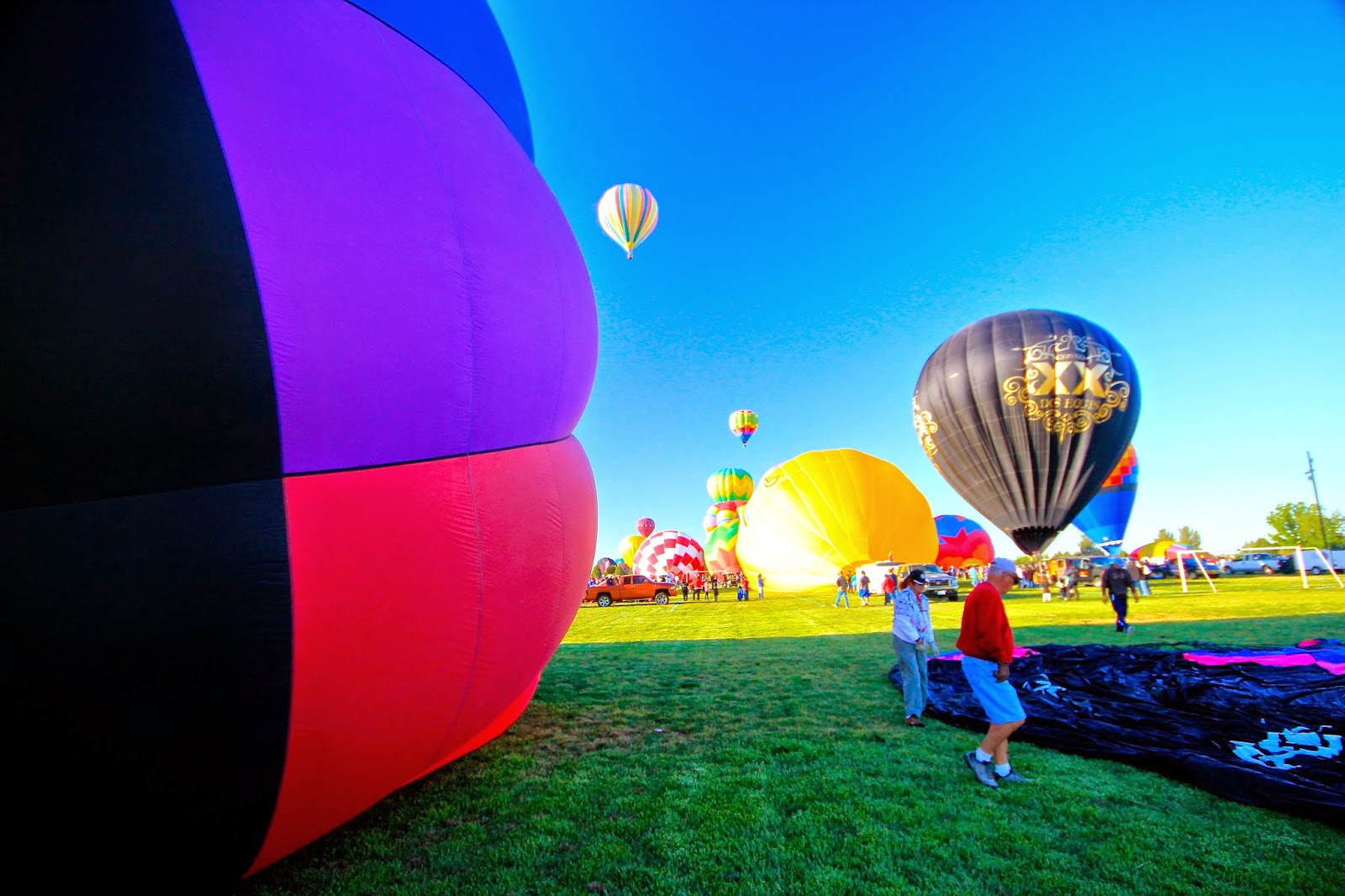 Paul and Trish spreading out the balloon. 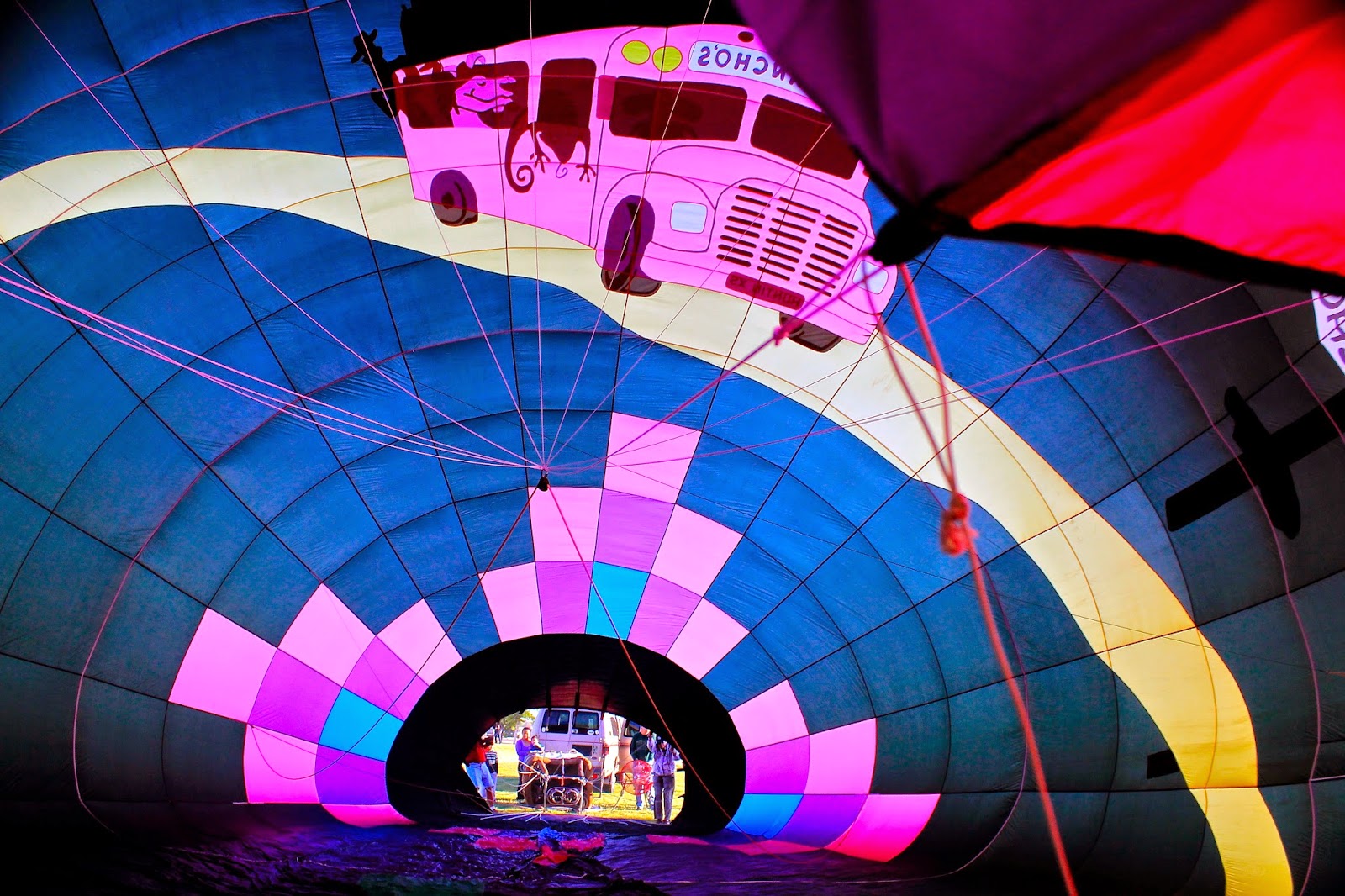 The balloon is first inflated with a large fan. 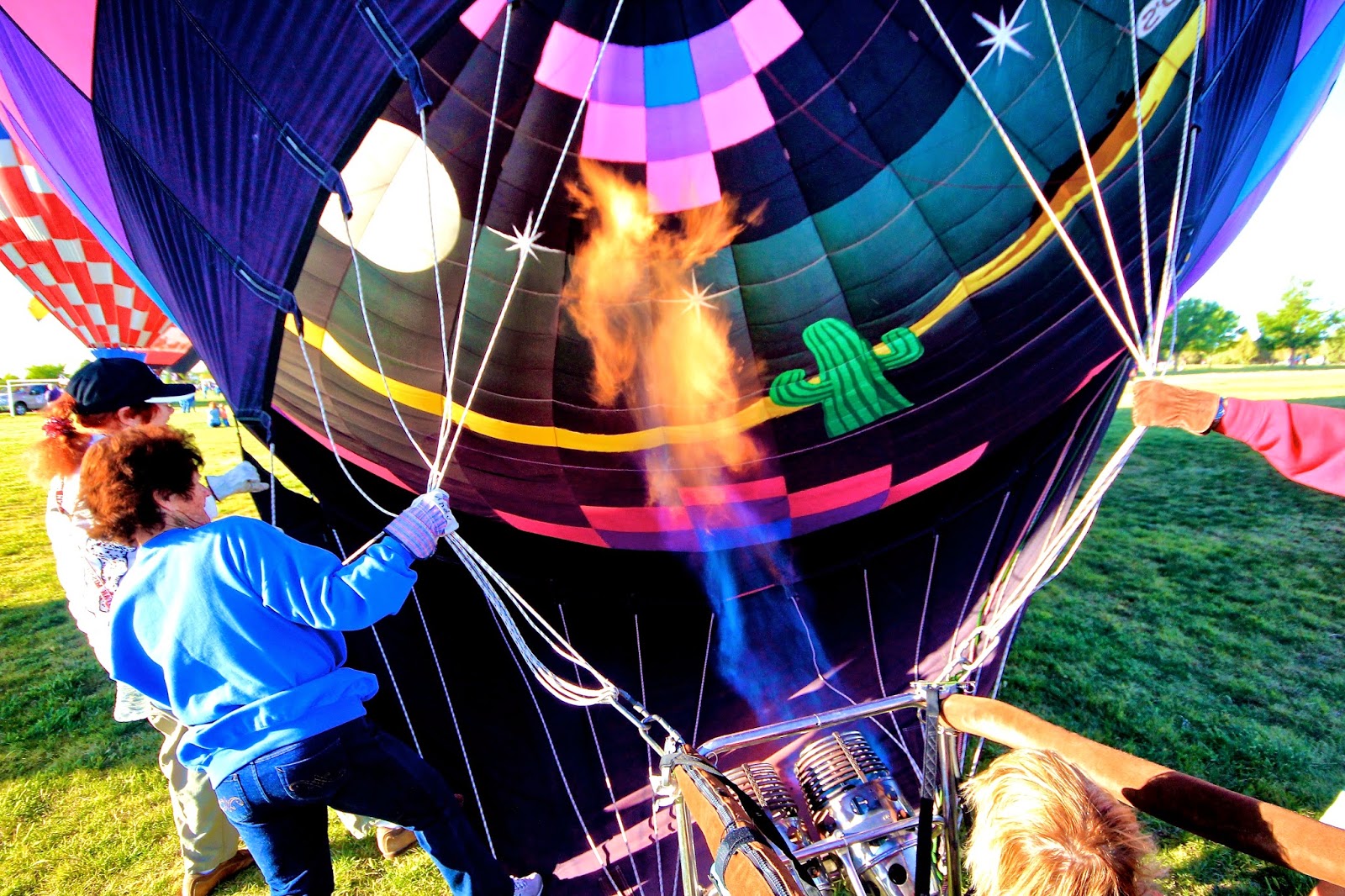 When the balloon is inflated enough so it will not catch fire,  the burner is used  to make the balloon stand up. 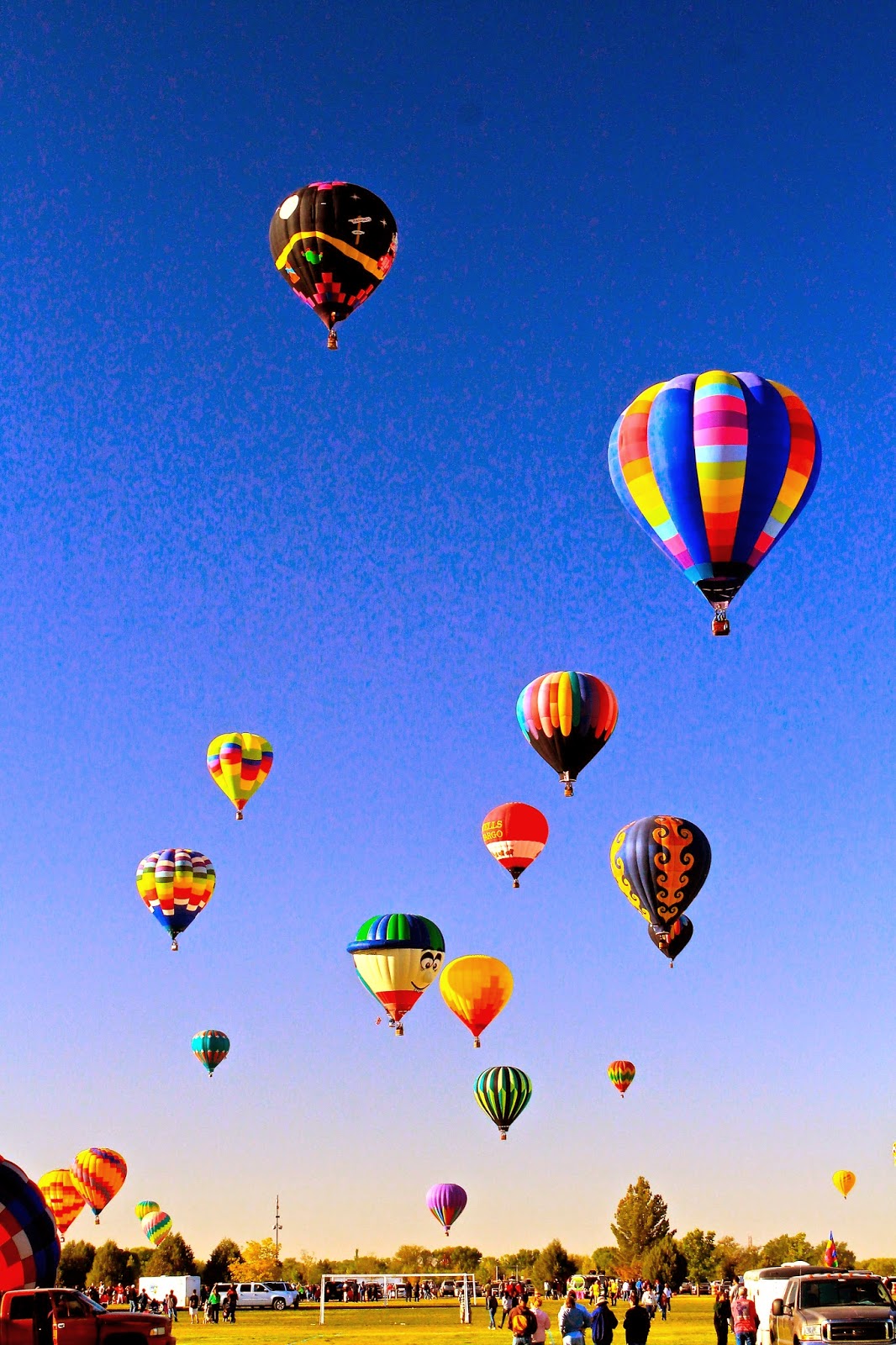 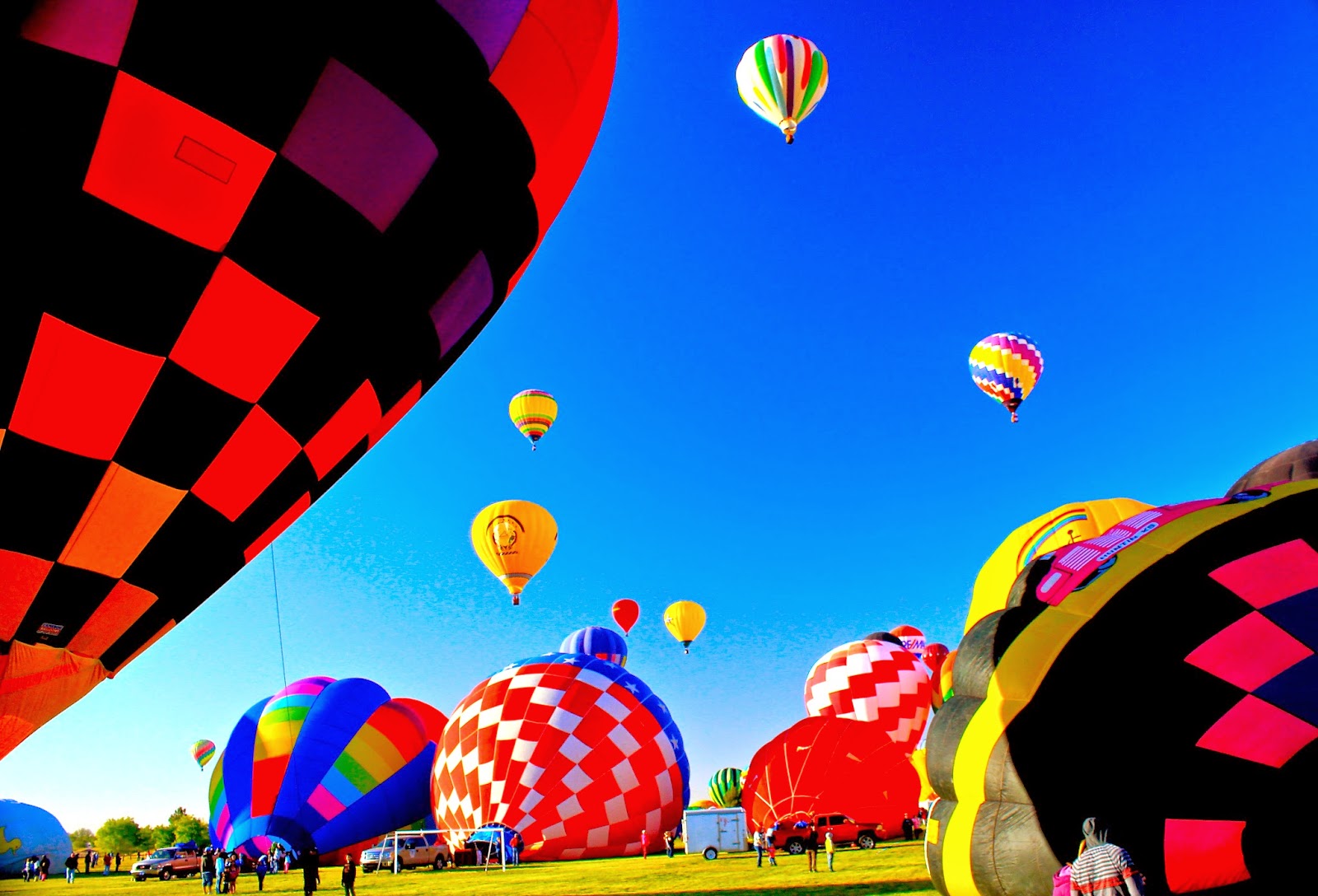 Back at the Bar-B-Que. 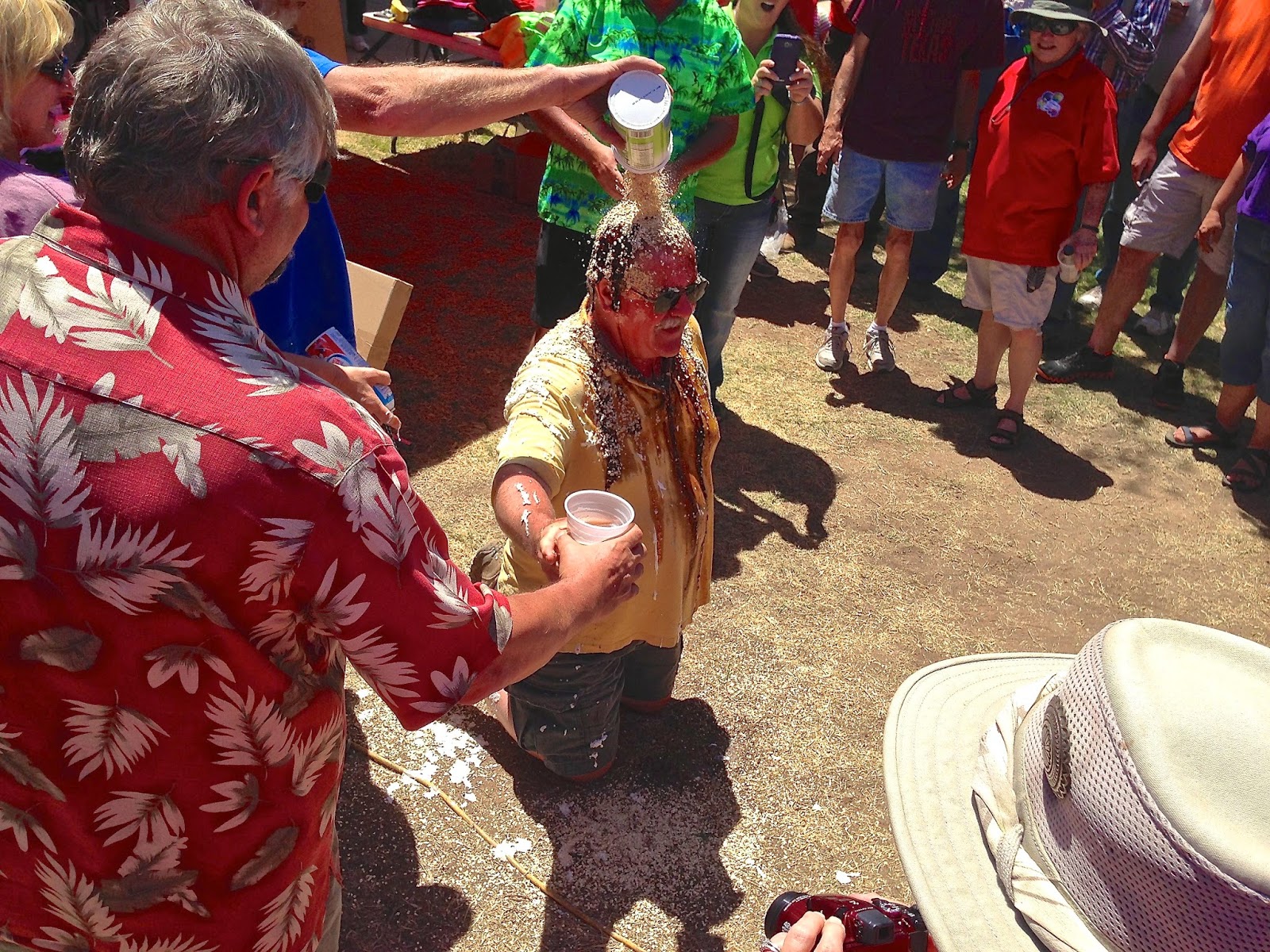 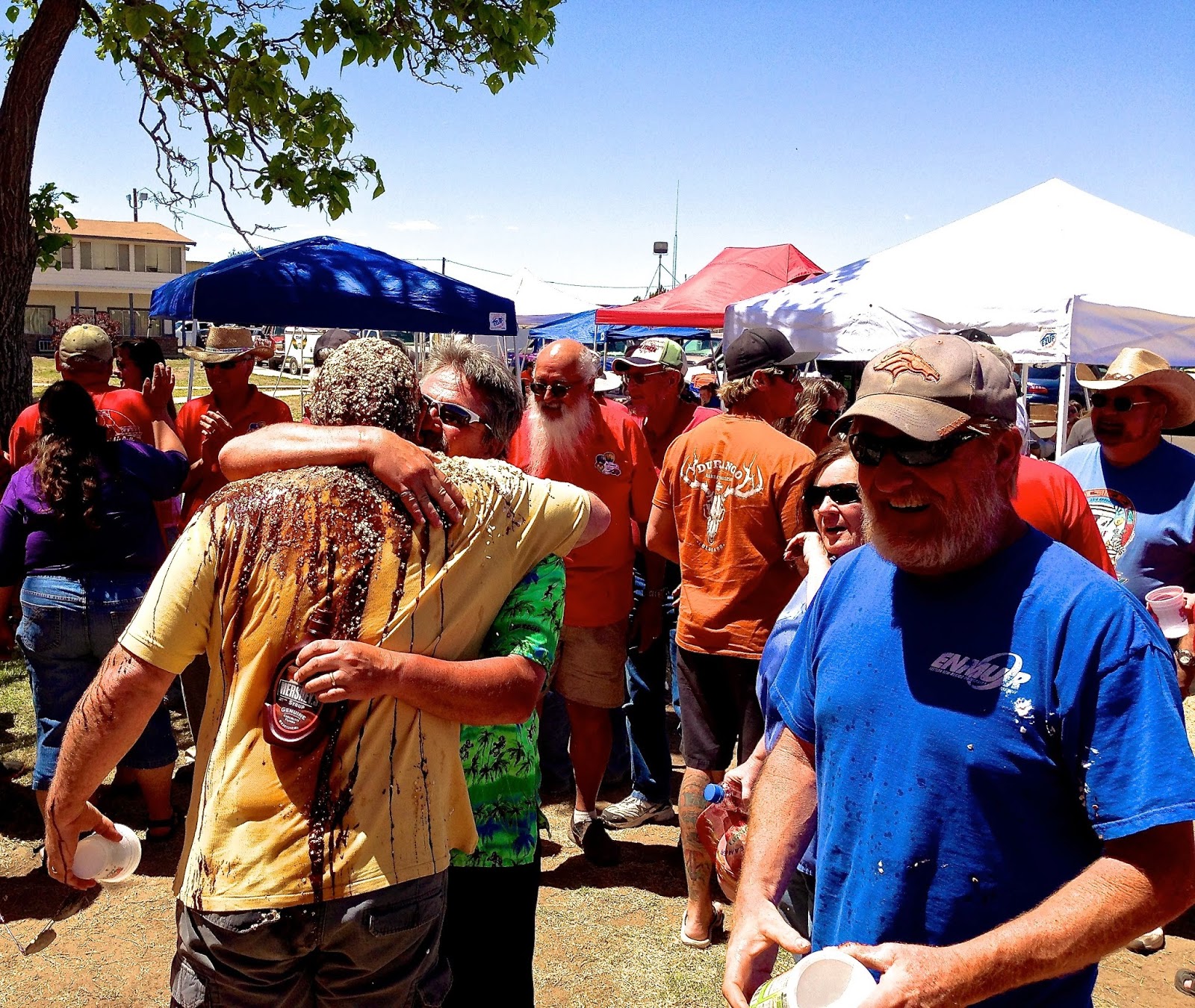 What happens to you when you accrue 1000 hours of flight time.

Debby is retired and spends most of the year traveling anywhere that looks like fun only returning to NM for the flying season. She earned the AX5 Feminine World Records for Distance and Duration for a flight she made in February 2001. She flew a distance of 181 miles and was in the air for 9.5 hours.