The Leadville area was first settled in 1859 when placer gold was discovered in California Gulch during the Pikes Peak Gold Rush. The early miners had noted that mining for placer gold was hampered by heavy black sand in the sluice boxes, and in 1874 it was discovered that the heavy sand that impeded gold recovery was the lead mineral cerussite, which has a high silver content.. By 1872, placer mining in California Gulch yielded more than $2,500,000, roughly equivalent to $57,000,000 in 2021. Today Leadville is a thriving town and the highest city in the U.S. at 10,510 feet. 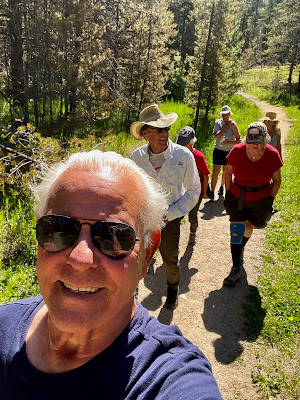 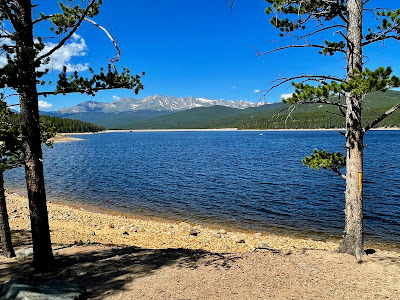 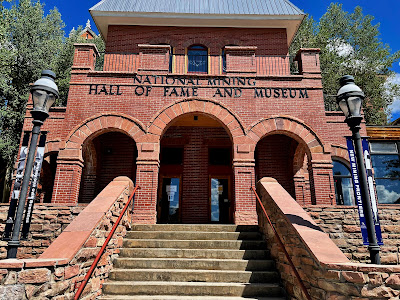 Next a visit to the Mining Museum. The best attraction in town 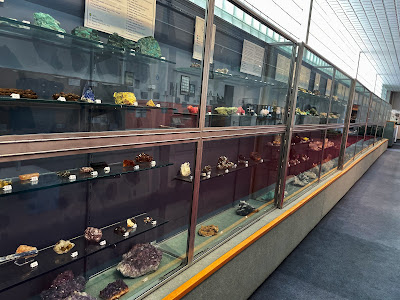 It houses a spectacular mineral collection 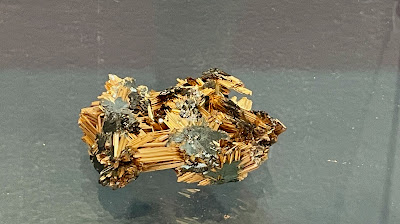 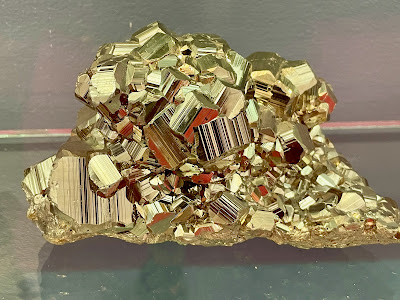 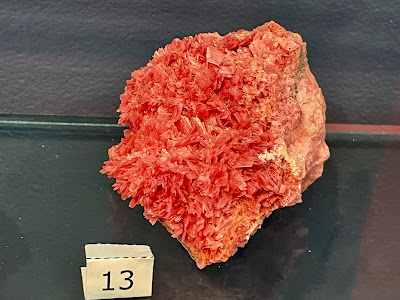 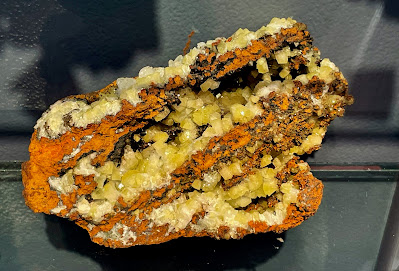 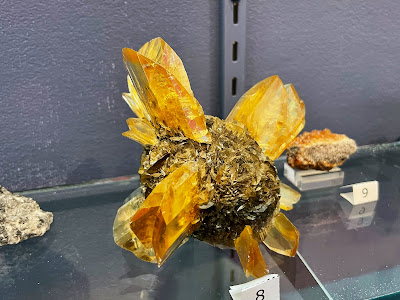 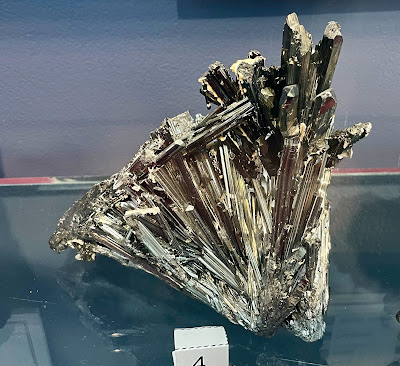 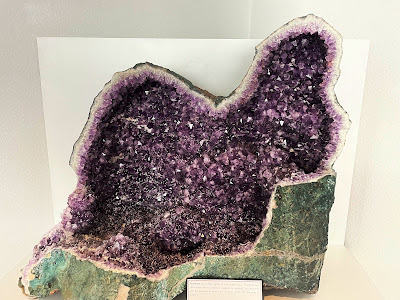 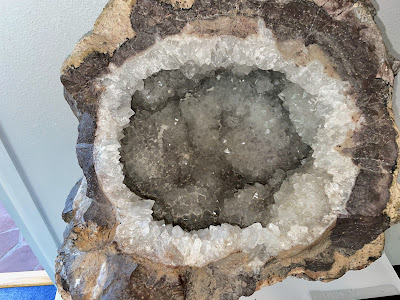 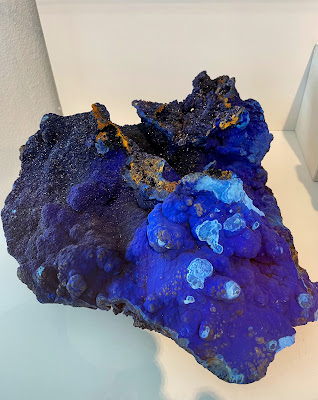 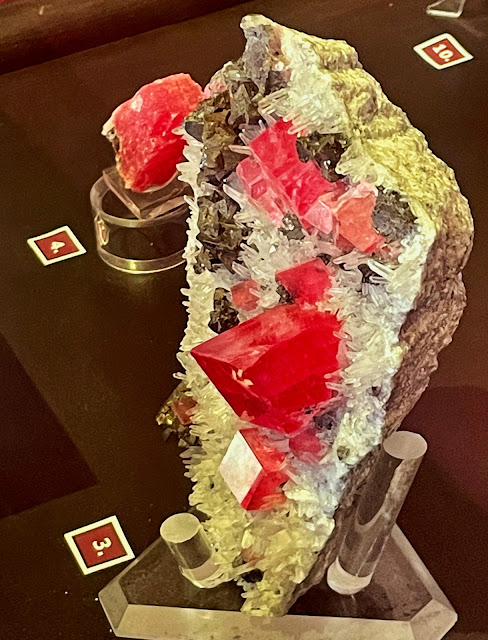 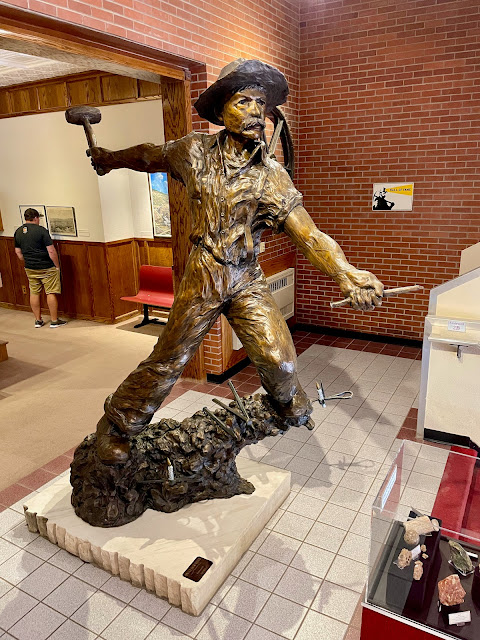 A tribute to the miners who lived, worked and died here
There is a room full of dioramas that depicted import events and methods of mining 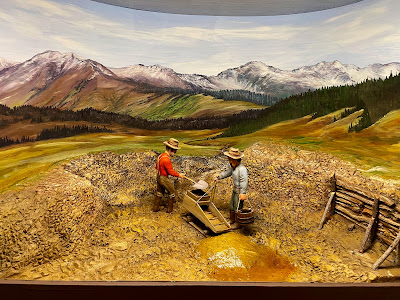 The rocker box is an improvement on the pan and with the help
of water, sorts larger amounts of gravel and gold
without having to squat in the river all day 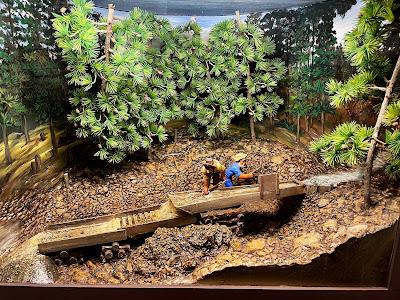 An extended version of the rocker, long toms
are wooden troughs that wash water through gravel.
Using a continuous water source, the gravel is pushed
down to a riffle with a rake. The gold is caught in the
riffle box below. 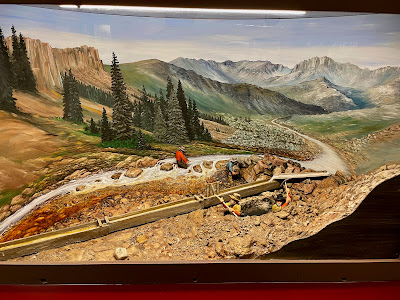 The sluice box is made of a series of riffle boxes fitted together
with a constant flow of water. Miners load gold bearing gravel in
along the sides of the box and let the water wash out the dirt.
The gold particles are caught in the riffles where the miners collect them 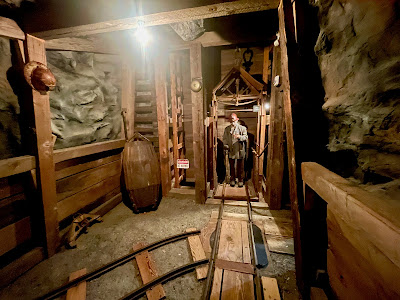 There is an excellent model mine one can wander through 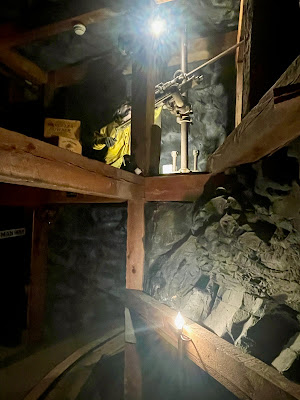 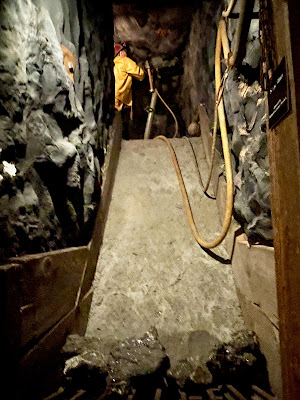 An yes, there is gold in the museum. Lots of it. 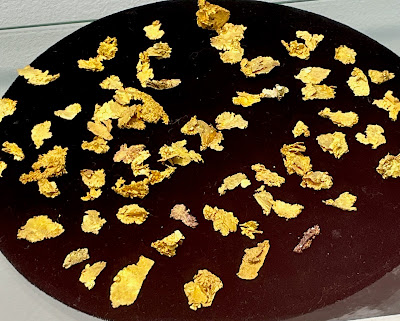 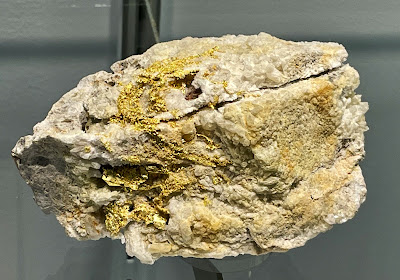 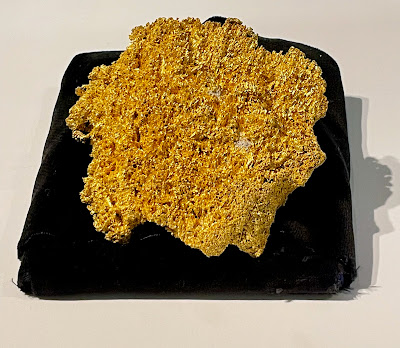 This nugget of Crystalline gold has a name, Little Jonny.
It was recovered from a muck car at the Little Jonney Mine in 1892
It weighs 24 oz, 6 oz shy of two pounds. 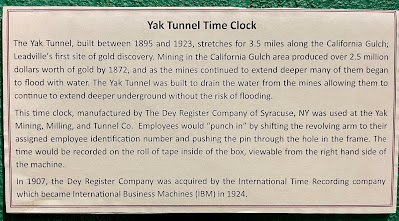 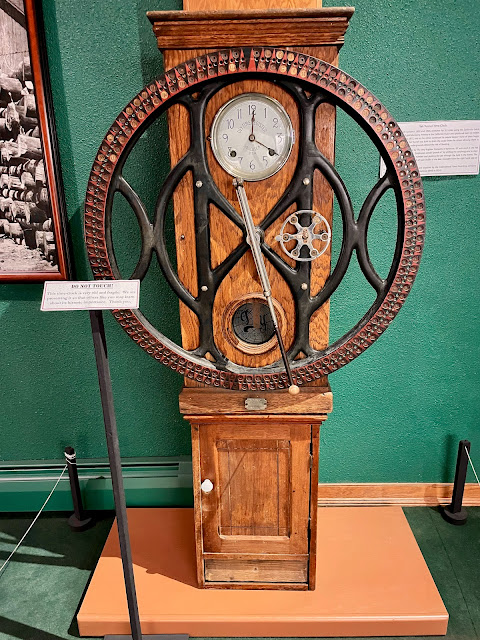