The first white settlers arrived in the early 1870s. By 1875 a high grade vein of silver ore was discovered on nearby Chrysolite Mountain. The mine was named the Mary Murphy.  The profitable mine and the arrival of the Denver, South Park and Pacific Railroad in the 1880s spurred rapid growth. In 1880, the town was laid out and christened Forest City. However, Forest City, California was already in existence, so the post office would not allow the name. The town was renamed St. Elmo, possibly after a popular novel of the time written by Augusta Evans. The population increased rapidly and reached an estimated peak of 2,000 in 1881. Two fires did  much to drive the town residents away. These factors, combined with the repeal of the Sherman Silver Purchase Act in 1893, marked the beginning of St. Elmo slow decline. When the railroad closed down in 1926 and the Mary Murphy mine closed in the 1930s, there were only a handful of full time residents remaining. St. Emo is one of the most intact ghost towns in the West, and most buildings have seen few alterations since they were constructed. All the building are privately owned. 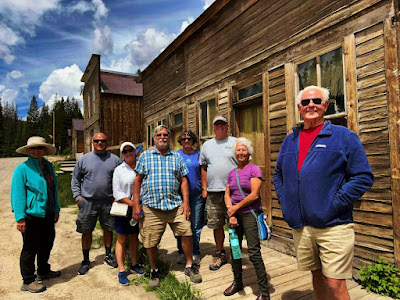 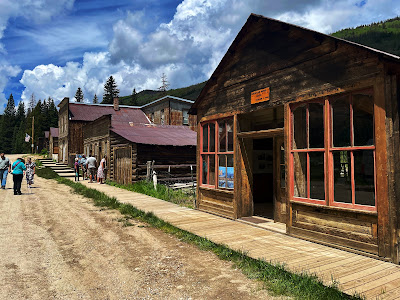 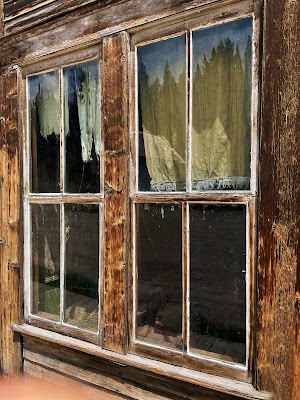 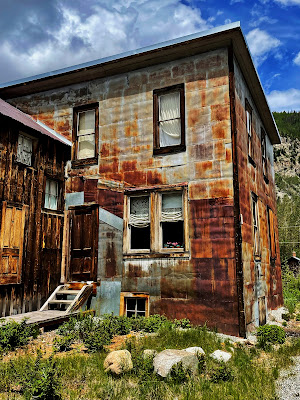 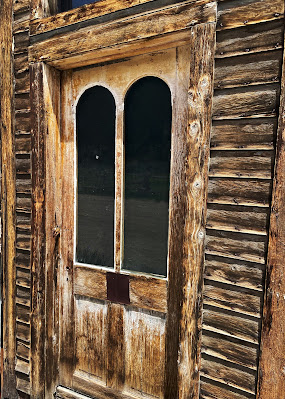 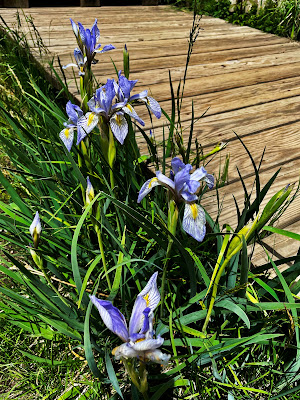 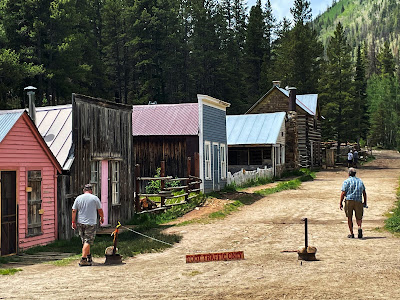 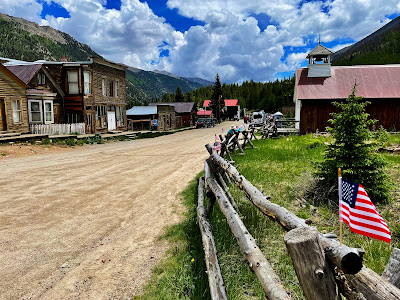 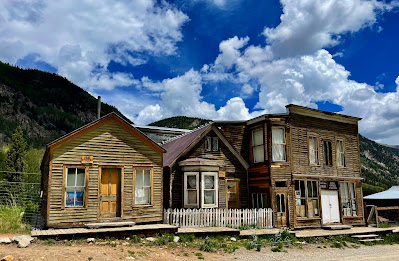 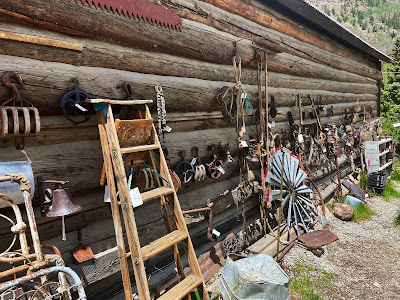 Lots of rusty stuff for sale 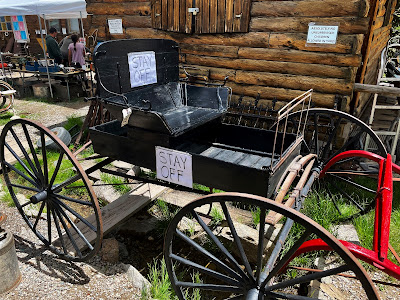 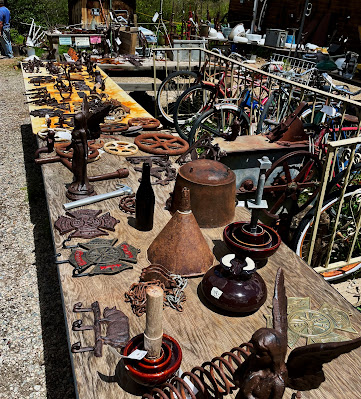 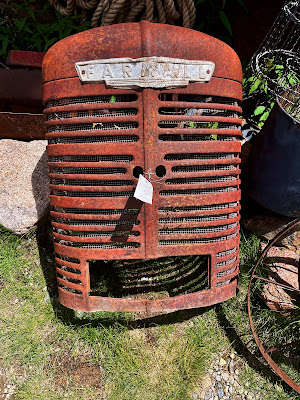 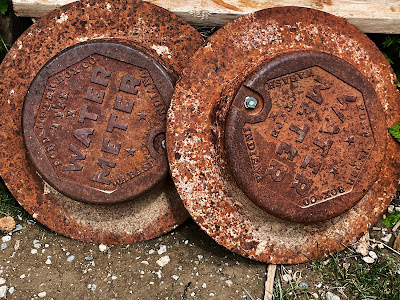 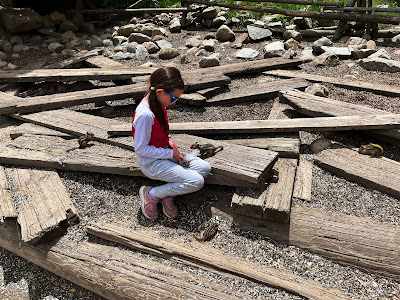 The store sells packets of sunflower seeds for 50 cents.
You then take them across the street and feed the chipmunks.
Posted by Garth