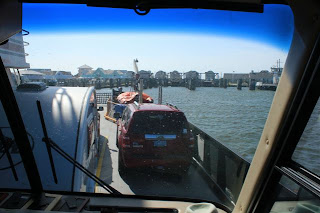 Coming into Hatteras after a rough crossing. Adelle and I were on the 8:30 ferry and there was a lot of pitching and rolling. Linda and Paul came over on the 9:30 ferry and waves were breaking over the bow. Water was 6 inches deep on the deck and their windshields were incrusted with salt spray. Dennie and Arlene were suppose to be on the 1 o'clock ferry, but were advised not to cross. The ferry crew were afraid their rigs would slide around on the deck. 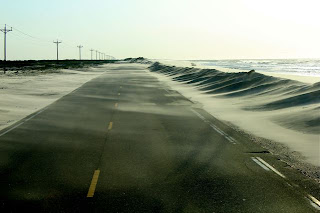 Headed for the Frisco Campground 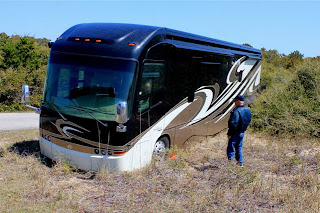 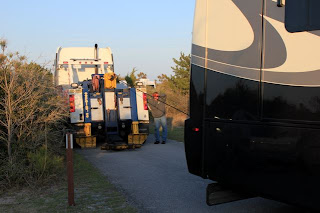 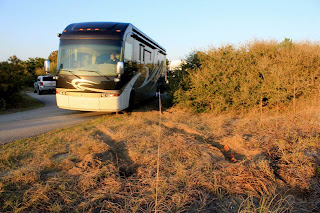 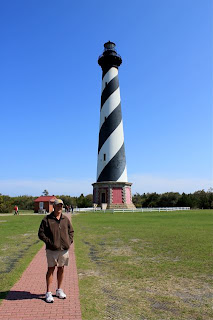 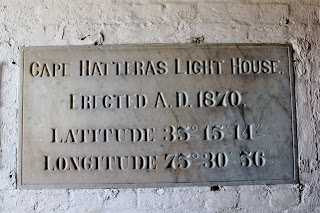 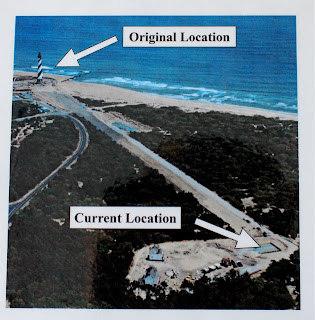 To save the light station from the encroaching ocean, in 1999 the lighthouse was jacked up and moved 2900 feet to its current location. It was moved as a whole, jacked up and put on rails. Jacks were then used to move it forward 5 feet. Then the jacks were moved forward to again push the lighthouse another 5 feet. 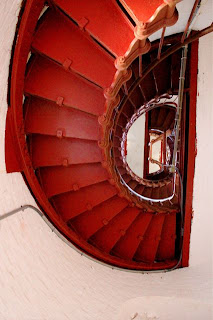 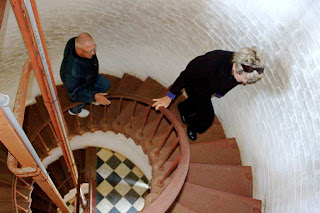 Paul and Patricia climbing the 248 steps to the top. We were not allowed to go out on the balcony due to winds gusting to 45 mph. 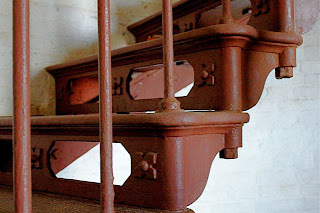 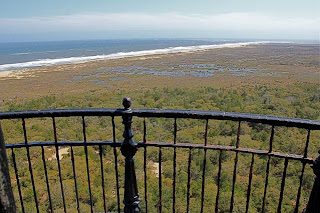 Frenel lens from the 1854 lighthouse 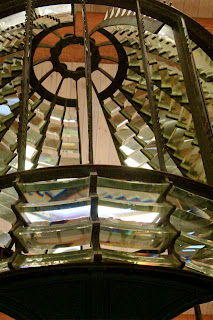 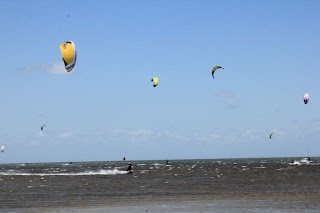 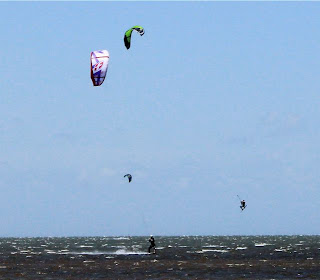 Watched some awesome kite boarders and the way back to camp