Who Do You Call when Your Ship Flounders?

The United States Lifesaving Service was established in 1873 and Lifesaving Stations were built on both coast.  Cape Hatteras is known as the grave yard of the Atlantic. Thousands of ships have run afoul of the treacherous Outer Banks. And thousands of of sailors were rescued by the Lifesaving Service. We visited the Chicamacomico Lifesaving Station (35.59575, -75.46618) to watch a demonstration of one rescue technique.
The Chicamacomico Station, pronounced chik a ma COM i co, was built in 1874. On Cape Hatteras there was a Life Saving Station every 7 miles. The Life Saving Service was ultimately merged with the Revenue Cutter Service to form the United States Coast Guard in 1915.
We watched a simulation of a ship's crew when the ship flounders near shore. 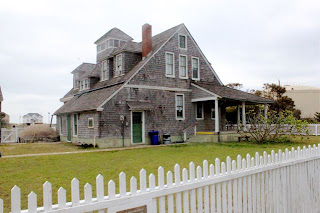 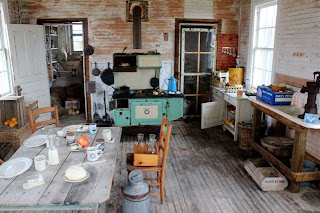 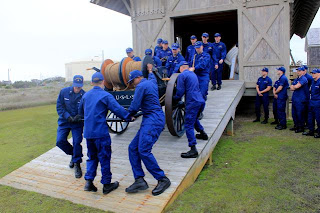 Equipment used for a beach based rescure 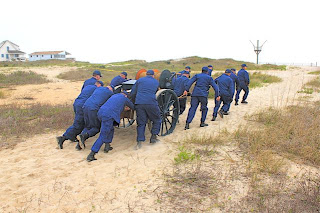 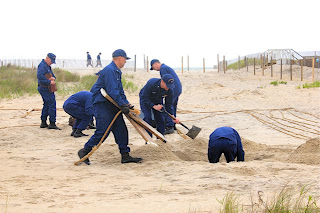 Digging a hole for the dead man anchor. 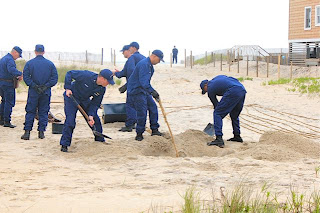 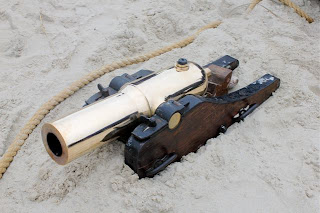 Cannon for firing a line to the ship. 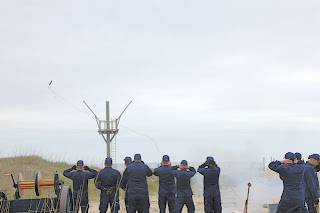 Firing a line at the practice mast. It was a windy day and they over corrected for the wind and went left of the mast. 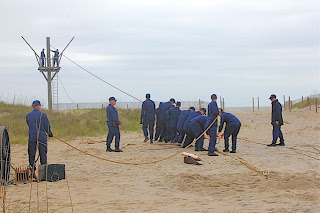 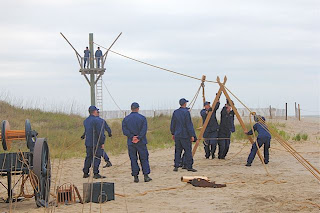 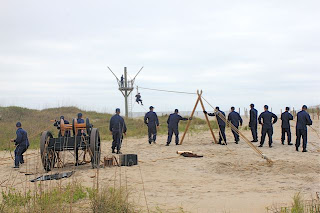 Success.   This demonstration took about 25 or 30 minutes. The crews stationed here back in the day practiced this drill twice a week. They had 5 minutes to complete all this or they were out of the service. 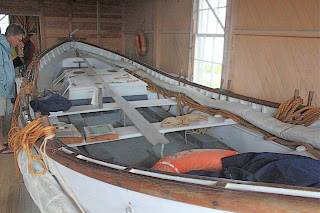 If the ship was off shore then a boat like this was launched to rescue the sailors. 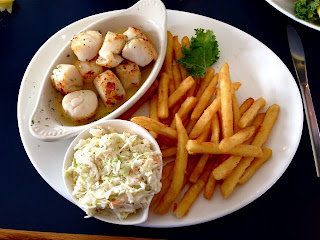 I had a great meal of fresh scollops.