This is the largest buffalo jump in North America. It is a mile long and 30 to 50 feet high. The buffalo was critical to the first peoples survival and many tribes shared this site. It was neutral ground. 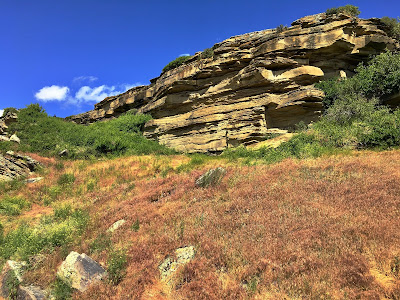 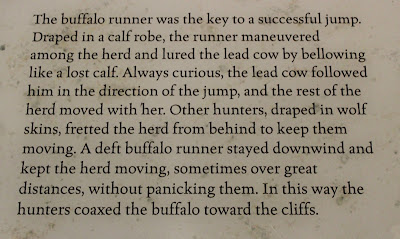 The buffalo runner was usually an agile 10 to 14 year old boy with great stamina. He might have to lure the heard for miles across the prairie to the jump. 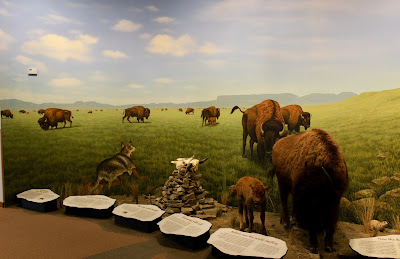 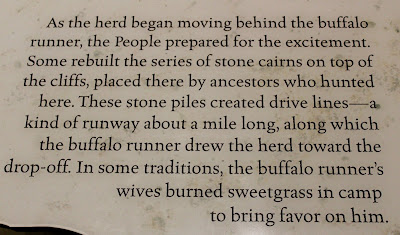 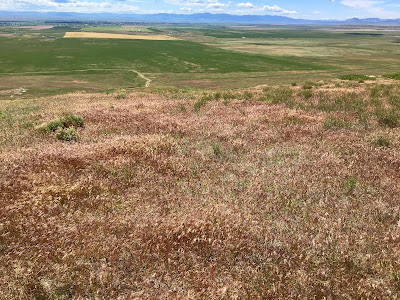 This jump was very deceptive,
the land rolled down appearing to be a gentle slope ahead. 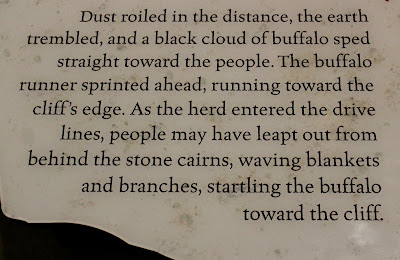 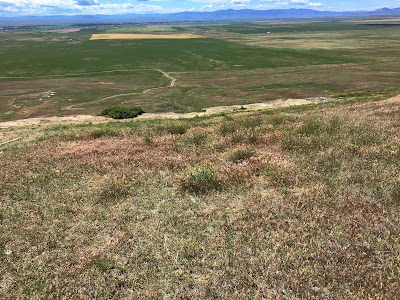 Then suddenly the cliff appears. Too late 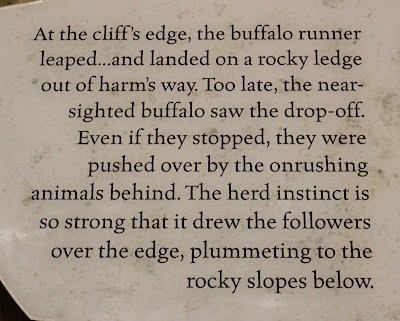 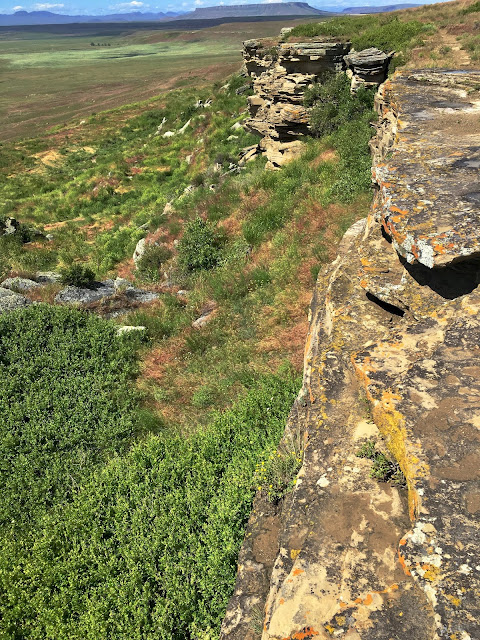 The injured animals were killed and all parts of the buffalo were used by the Native Americans. 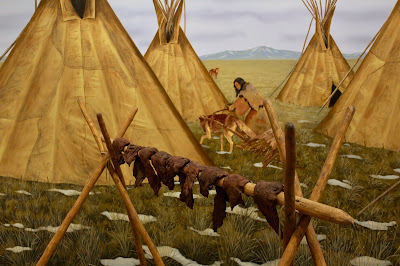 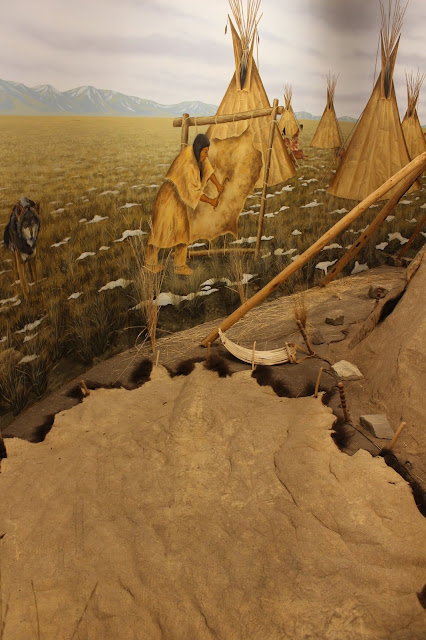 Buffalo hides were used for
clothing and shelter

When the tribes acquired horses in the late 1700's they stopped using the buffalo jumps, preferring to hunt from horse back. 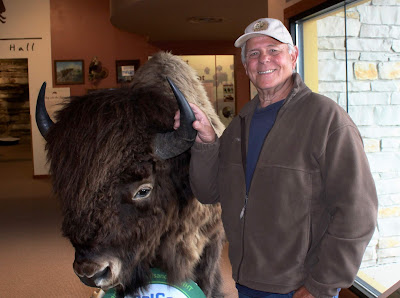 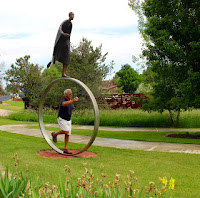