The Mandan had told Lewis and Clark they would reach a great falls further up the Missouri. On June 13th, 1805 Meriwether Lewis reached this thundering cascade. Journal

"I saw the spray arise above the plain like a column of smoke ... which soon began to make a roaring too tremendous to be mistaken for any cause short of the great falls of the Missouri."

He had figured on a half day to portage around the falls, but further exportation dashed Lewis' hopes. Not one, but five falls blocked the next seven miles up river.

June 20th
"We all believed we are about two enter on the most perilous and dificuelt part of our voyage."


Captain Clark, using a sextant and a rod, employed geometry to measure the falls. Using his surveyor's tools, Clark measured the falls to be a height of 97 feet and 3/4 inches. Recent electronic measurements record the height of the falls as 96 feet. 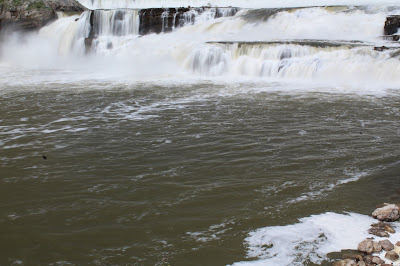 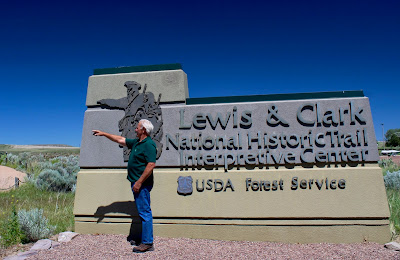 Stretched to the limits of endurance, the men pushed and dragged heavy loads uphill to the prairie. They grabbed at bunches of grass or rocks to anchor themselves with one hand while straining at tow cords with the other. Moccasins, even double-soled, did not stop Prickly pear cactus spines from lancing their feet. The Corps wore through their moccasins every two days. 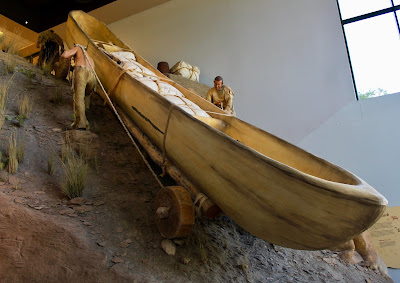 Wether extremes took their toll on the men. Blazing heat, torrential downpours - and worse. A sudden storm of egg size hail bombarded the men, who were traveling nearly naked, on the open plain. Bleeding and bruised, they straggled back to camp. 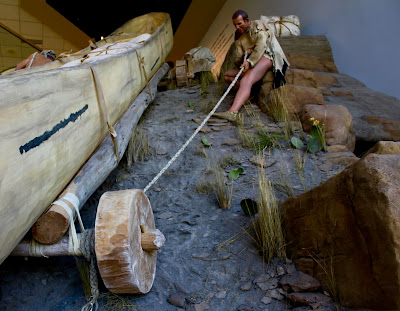 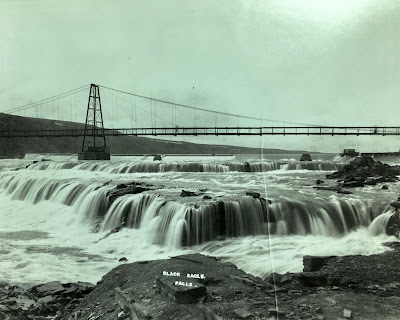 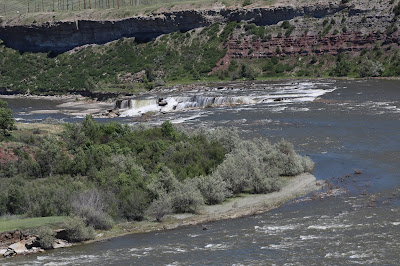 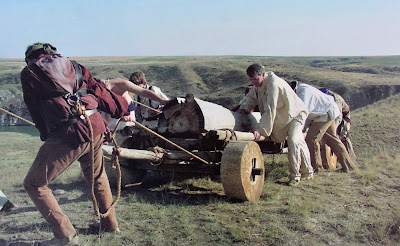 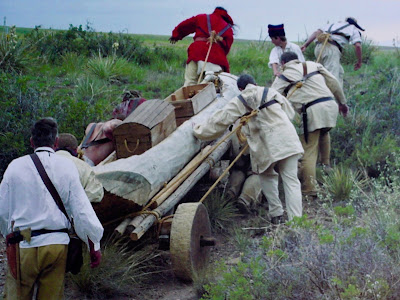 The corps made carts with Cottonwood rounds for wheels and for the next three weeks they portaged their boats and equipment eighteen miles overland around the falls. The portage was the most grueling stretch of the journey that the expedition had faced so far.
They resumed their up river journey on July 15, 1805.  Journal

While most of the crew lugged canoes and supplies around the falls, a select group worked on the 36 foot long, 4.5 feet wide iron boat. The frame weighed less than 200 pounds, but Lewis estimated it could carry 8,000 pounds of cargo. They lashed wooden braces to the frame and sewed elk and buffalo hides together to make a covering.
At first, the finished 'Experiment" flared "like a perfect cork on the water," but then it began to leak at the seams. Lewis had planned to seal the seams with pine tar pitch. Unfortunately, he could not have planned for the lack of pine trees along the Great Falls riverbanks. As a substitute, he created his own seam sealer from tallow, beeswax and charcoal. Disappointed, the men made two cottonwood dugouts to carry their gear instead. 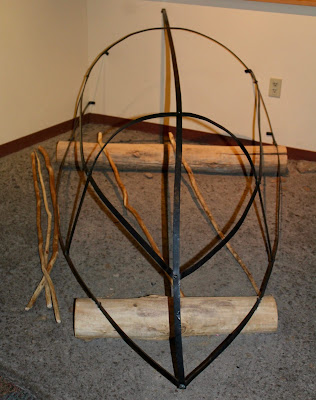 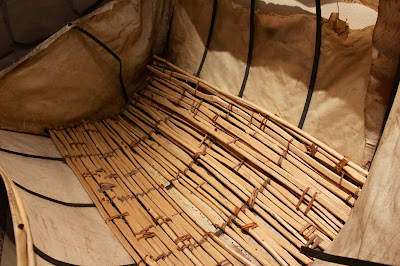 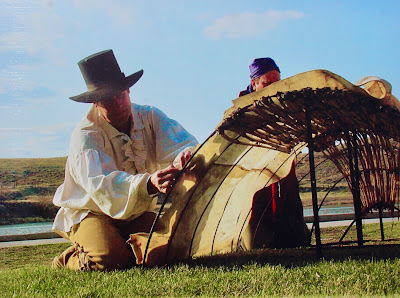