The Lewis and Clark Interpretive Center in Nebraska City, NE is a beautiful structure that has very little information on the Corps of Discovery. Most exhibits are geared toward children. 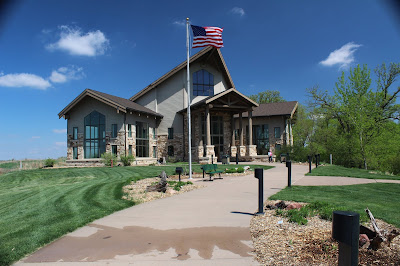 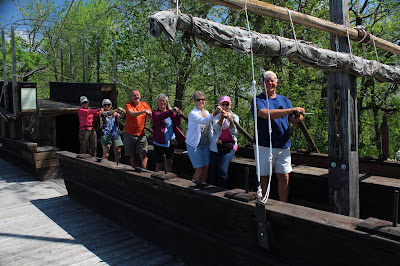 On August 3, 1804 near this spot the Corps of Discovery met with the chiefs and members of the Oto and Missouri Tribes. Once the group gathered, Meriwether Lewis talked for a long time about president Thomas Jefferson's hopes for peace and trading partnerships with the tribes. The chiefs also delivered speeches. All of which need translation. A demonstration followed in which Lewis fired an air gun that he said "astonished the natives." Lewis and Clark presented gifts, including medals, cloths, gunpowder, whiskey and face paint. Before the Indians left they smoked he peace pipe and shared food and whiskey with the American visitors. 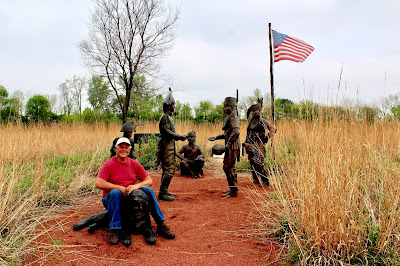 The expedition spent almost two months in 1804 pulling its three boats up the Missouri River segment the now forms the eastern boundary of Nebraska. On their return downstream two years later they canoed the same stretch of river in on week.
Posted by Garth