On June 23-24, 1804 the Corps of Discovery camped across the Missouri from the future Fort Osage site. Clark noted in his journal that the bluffs across the river would be a good site for a fort. "a high commanding position, more than 70 feet above high-water mark, and overlooking the river, which is here but of little depth"
In 1808 he returned to establish the most westward outpost in the United States, Fort Osage. 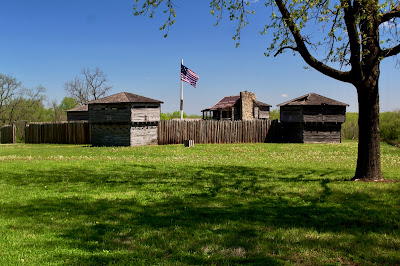 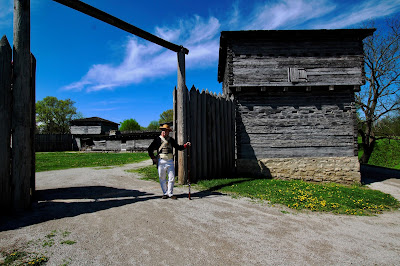 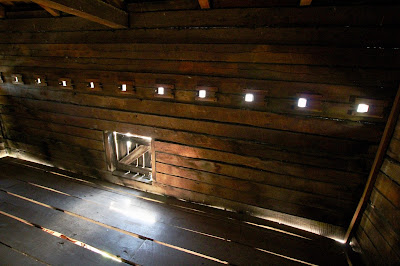 Gun ports and small canon door in the block house
pictured above. 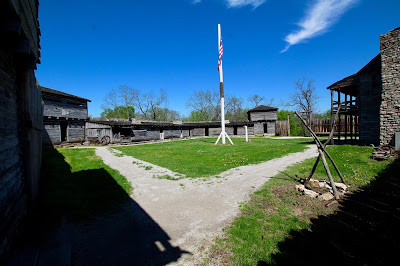 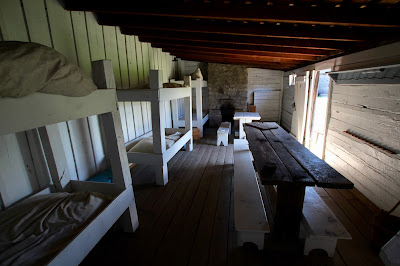 This and other "soldier's huts" housed 81 enlisted men.
During the winter, two men shared a bunk. 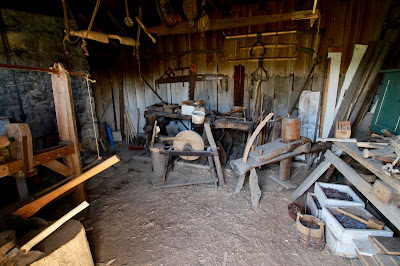 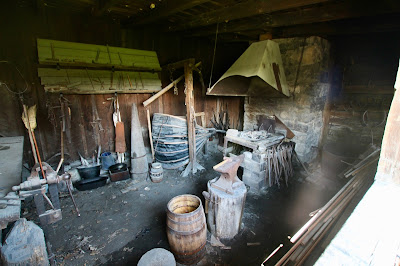 According to the Osage Treaty of 1808, the blacksmith shop
was provided to make and repair items for the Osage.

President George Washington dreamed of engaging Native American tribes through a system of government-run trading houses called factories that would prevent abuses by private traders, and "fix them strongly in our interest". The "factories" did not produce goods; they traded goods under the direction of a "factor," or agent authorized by the government. The "Factory House" was located just outside Fort Osage's front gates. This Factory was one of he few operated by the U.S. government without financial loss. The goal was engaging the Indians, not turning a profit. George Sibley served as the Fort's first "Factor" tracking the dollar value of each exchange. Today, a bean counter. 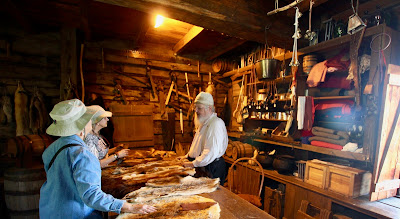 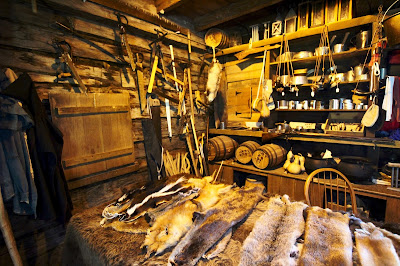 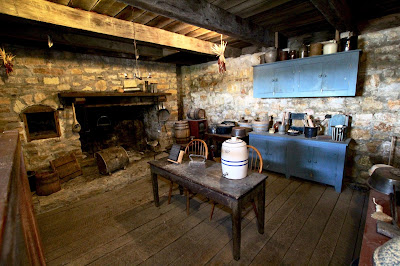 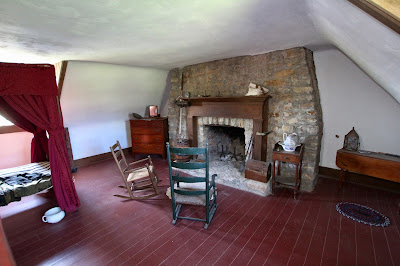 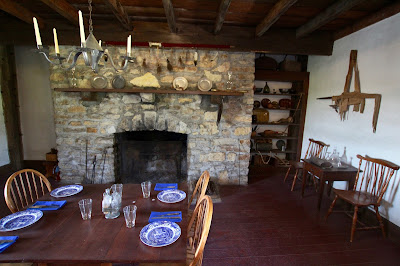