"The fog being thick detained us until half pasd. 7 oClockat at which time we Set out and proceeded on under a Gentle Breeze from the SE  I walked on Shore, Saw an Elk, crossed a Istmust of 3.4 of a mile to the river & returned to the boat   camped on the Larboard Side above a Beaver Den. Musqutors verry troubleson." 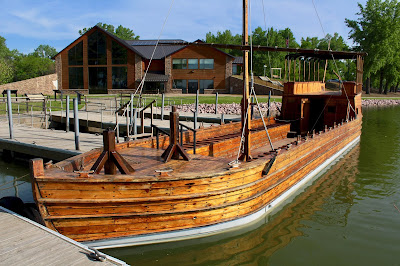 Keel  Boat replica with outboard motor hidden in the cabin

A few miles south of present day Sioux City the Corps of Discovery made camp from August 13th to the 19th. Clark called it 'Fish camp because they caught over 1,100 fish.

The Sioux City center is outstanding. Wonderful dioramas brimming over with information. 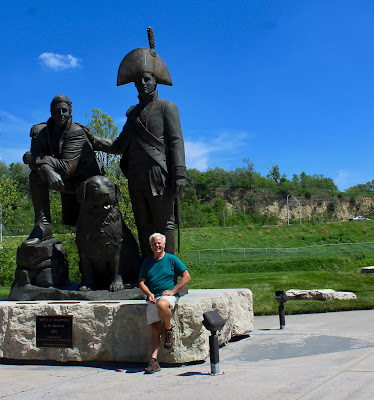 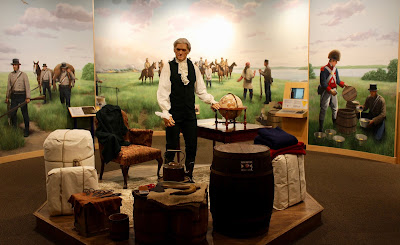 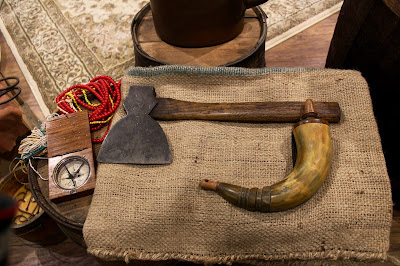 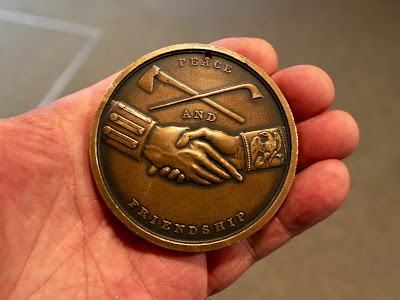 Peace medals were given to local chiefs. 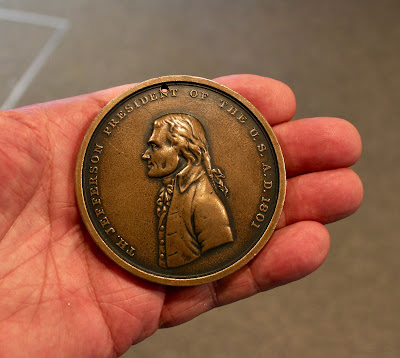 Private Moses Reed deserted taking with him a rifle, powder and shot. On August 17, 1804 three chiefs and six warriors of the Otoe/Missouria tribe arrived at camp with Reed. Private Reed pleaded guilty to deserting. He also admitted to stealing a rifle and ammunition. He asked for leniency. 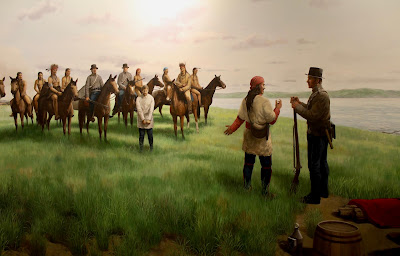 Though he could have been sentenced to death, the captains sentenced him to run the gauntlet four times. He had to walk between two lines of soldiers who were armed with whips and other weapons. The soldiers hit him as he walked by them.  Clark's Journal 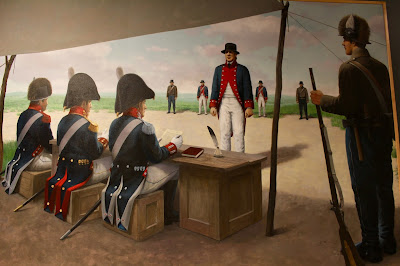 Charles Floyd died on this section of river. It happened on August 20th 1804. He was the only man lost on the Corps of Discovery's excursion west into the unknown.
Clark diagnosed the condition which led to Floyd's demise as bilious colic, though modern doctors believe Floyd's death was more likely to have been caused by a ruptured appendix.  Clark's Jounal 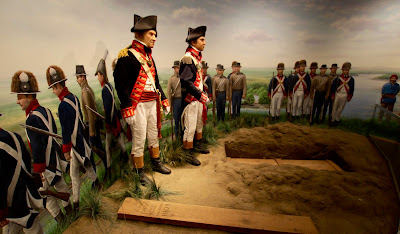 Lewis briefly trained under Philadelphia's Dr. Benjamin Rush, the pre-eminent physician of his day.
The medicine chest contained essential instruments, including a "clyster" syringe for enemas; a bullet probe for extracting a lead ball; a saw for amputations (never used); and an extractor for pulling teeth.
Cutting a vein and allowing the patient's blood to drain into a bowl often was a doctor's first remedy, whether a patient had a fever or broken bone. 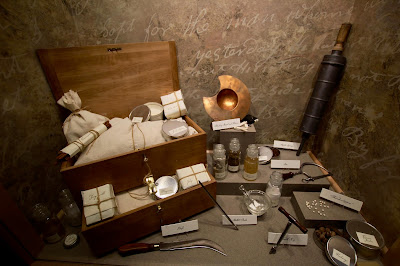