Parral is a bustling medium size city of 1000,00 plus inhabitants. According to legend, Juan Rangel de Biezma came here in 1629, picked up a rock on the Cerro la Prieta, licked it and proclaimed "There is a mineral deposit here." This deposit produced silver for 345 years. It was declared "Capital of the World of Silver" by monarch Philip IV of Spain. 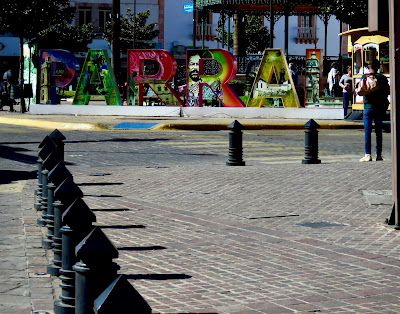 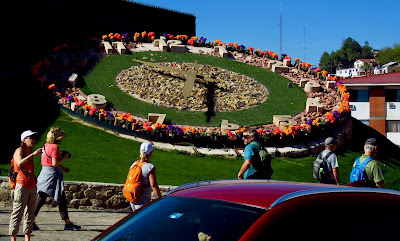 The gang checking out the beautiful clock that is several hours off. 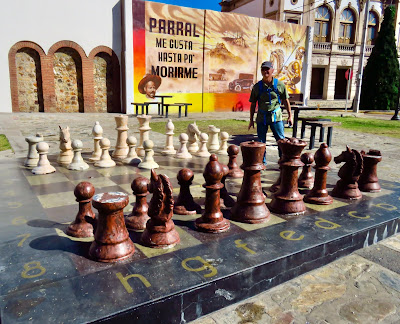 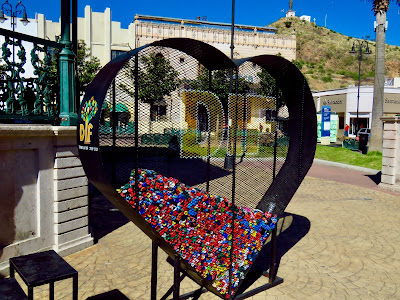 I have seen these before. Some kind of drive to raise money for cancer by putting your bottle caps in the heart. It is also an excellent way to get people not to drop their bottle caps on the ground. 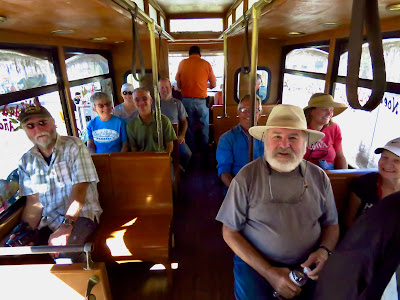 We took a trolly ride around town. 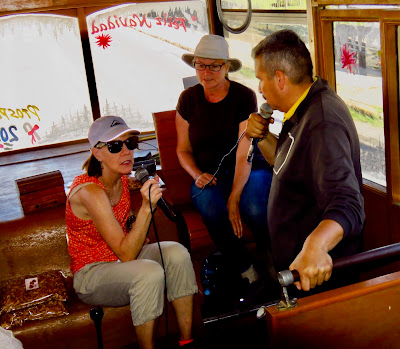 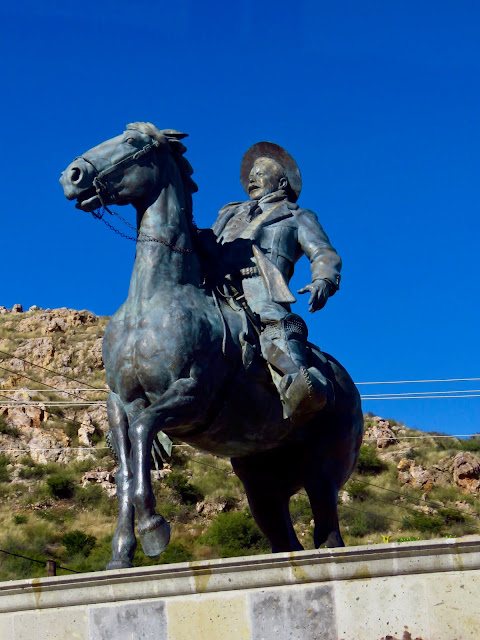 Pancho Villa, a revolutionary hero was assassinated in Parral on July 20, 1923 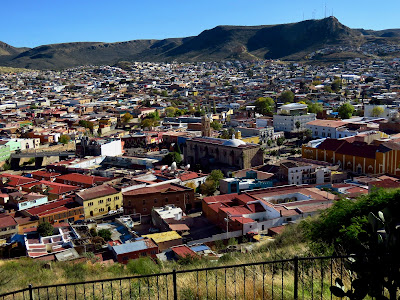 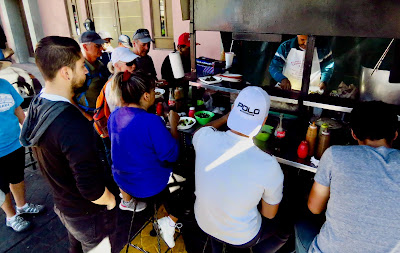 Had some great tocos at Taco Che 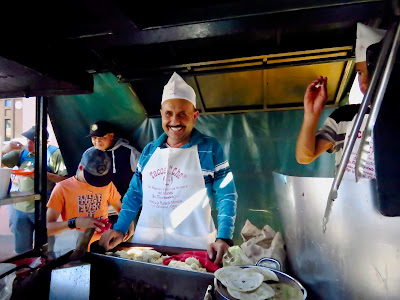 The man, the legend 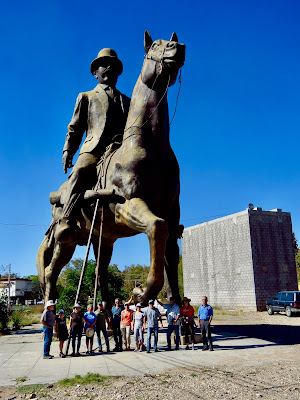 An even larger statue of Pancho Villa. The plan is to place the statue on the concrete platform in the background. That is if a couple of government bodies can come to agreement. 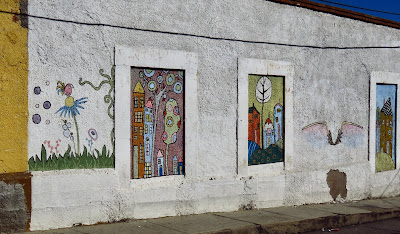 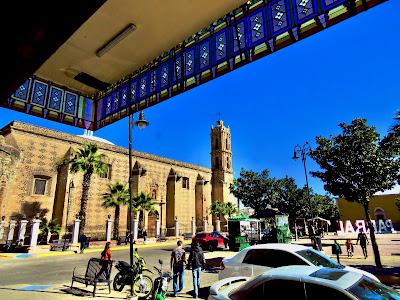 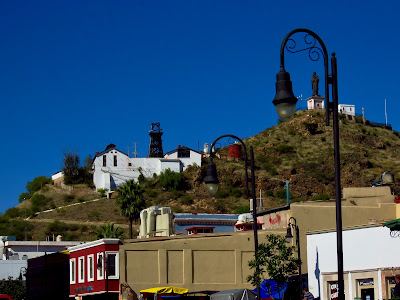 The old silver mine that finally ceased operation in 1974. A Canadian company, GoGold, determined that there are  35 million ounces of silver in the mine tailing.  They began extracting this silver using modern techniques in 2015. 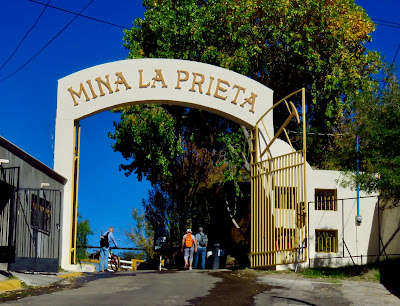 We hiked up the hill for a mine tour. 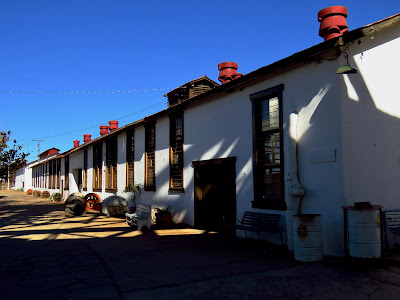 Very large electric motors lined up along the building 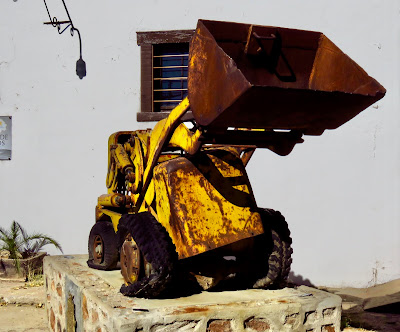 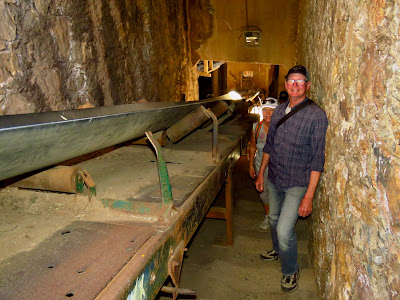 Kevin heading into the mine 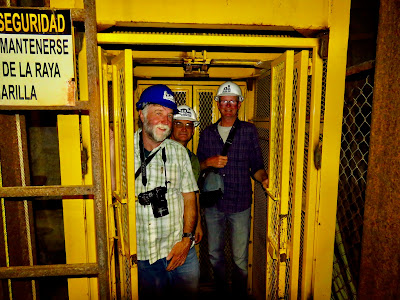 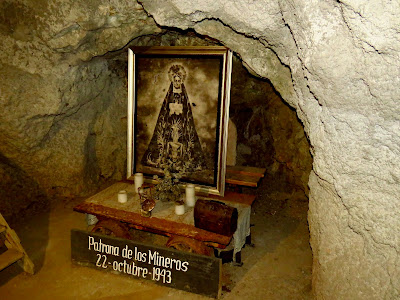 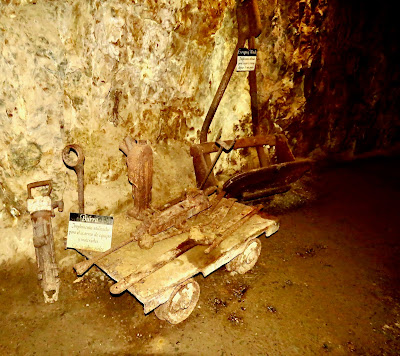 Some old tools dissolving into the rock 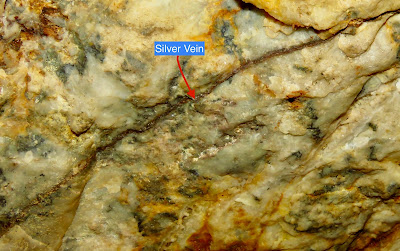 The silver is oxidized black 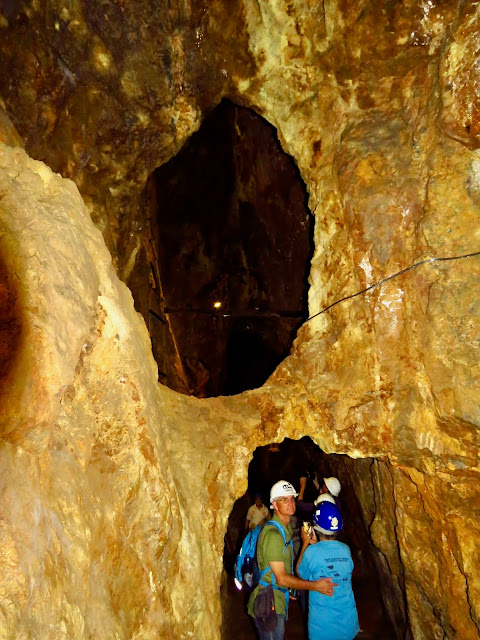 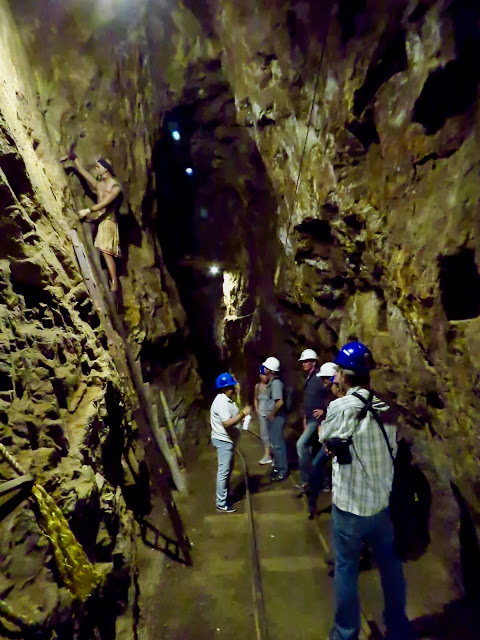 There are 25 levels in the mine. Some of the tunnels extend out under the town. We are on level 2. 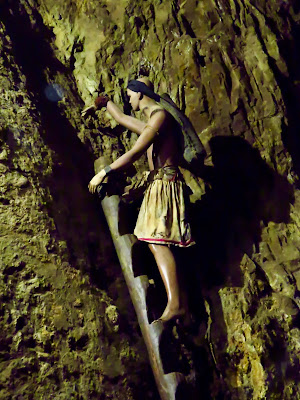 How the indigenous Indians worked the mine, but not by choice.
Posted by Garth