The torrent of rain continued beating on our roof through out the night and into the next day. We took it easy, hung out playing games at the hotel. Later in the morning we learned that the bridge on the only road back to San Jose was impassible. 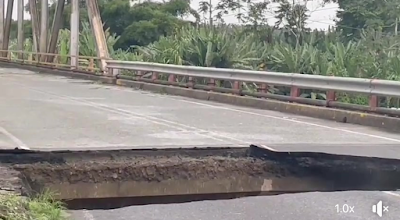 A section of the bridge's deck at collapsed.
If we waited for bridge repairs to be completed we would miss our flight back to Vallarta. Google maps showed that we could go south into Panama and then back up to San Jose. While considering our options, a nice Florida couple, frequent Costa Rica visitors, told us that Waze worked better than google maps in Costa Rica. We fired up Waze and sure enough, it showed a bridge 8 miles up stream from the route 36  bridge and a back country road north that connected back up with route 36. 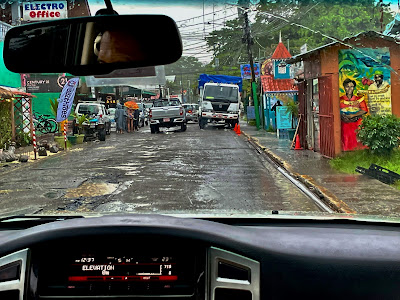 We packed up and hit the road. 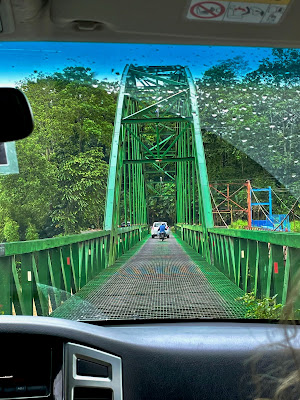 The sole surviving bridge. One car at a time could crossed the bridge. 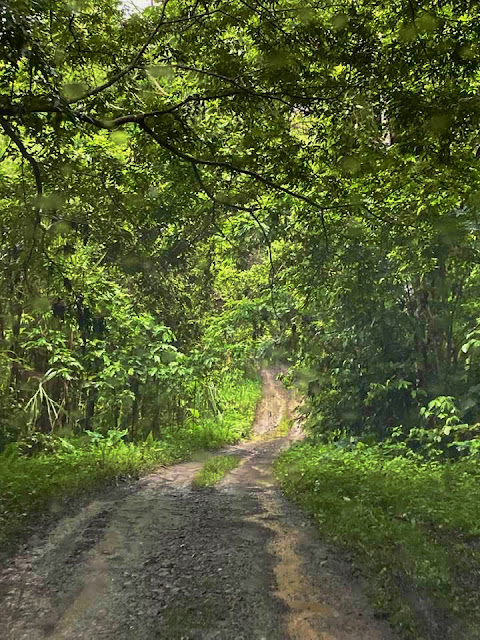 And off we go into the jungle. 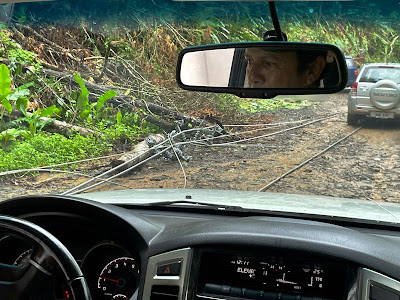 I don't think the downed power lines where active. 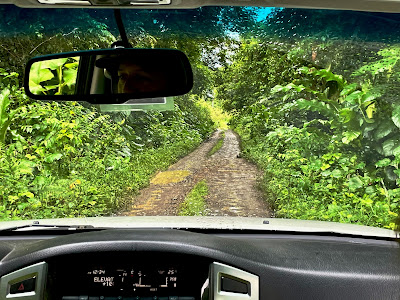 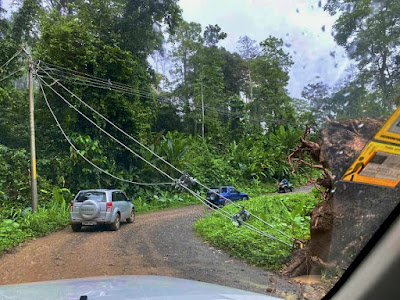 Four wheel drive was a blessing.
After 18 miles on this two track road we reached route 36 and had an uneventful drive on into San Jose. 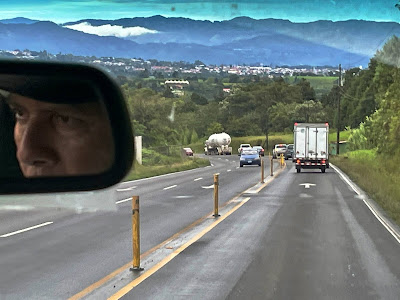 Eight hours later San Jose appeared on the horizon.
This is normally a 4 hour drive. 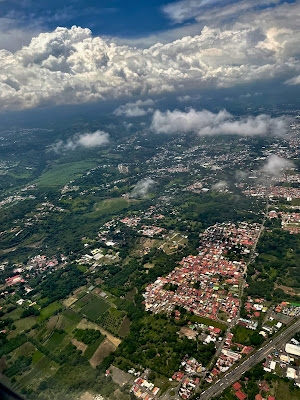