The central Mexico city of Dolores Hidalgo was the birth place of the of Mexico's fight for independence. In 1810 Father Miguel Hidalgo gave his famous speech, "Cry of Dolores", on the steps of the Parish Church. He called upon the people to protect the interest ofd the their King FernanadoVII  held captive by Napoleon by revolting against the European born Spaniards when had overthrown the Spanish Viceroy. He march across Mexico and gathered an arm of nearly 90,000 poor farmers and Mexican civilians.

Statue of Miguel Hidalgo in the central plaza. 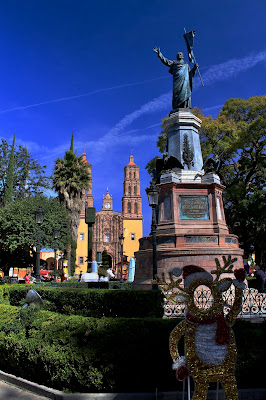 The church where the revolution was ignited. 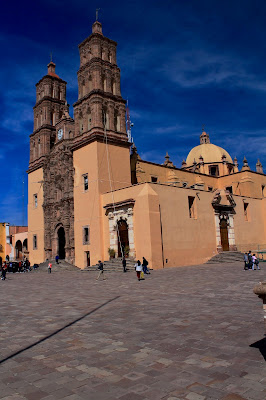 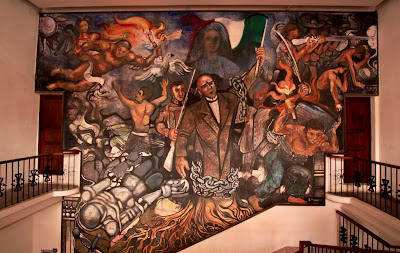 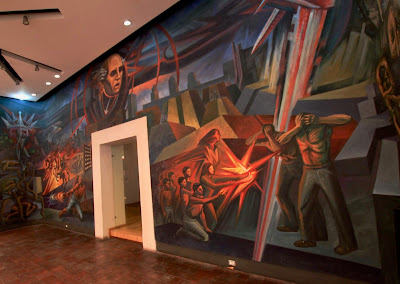 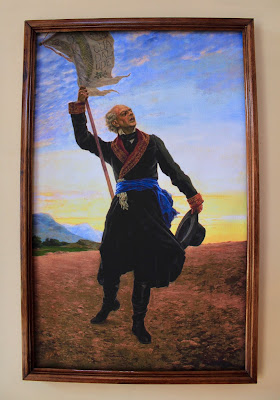 Lunch at the central market 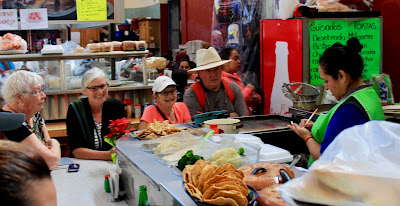 I had some very good Enmoladas 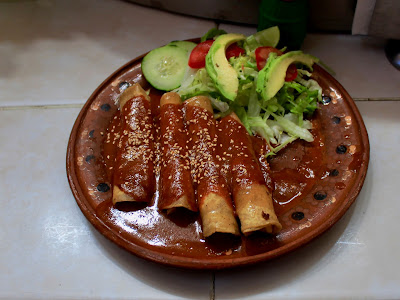 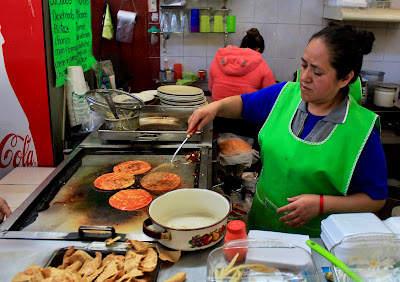 After lunch we went to a pottery factory 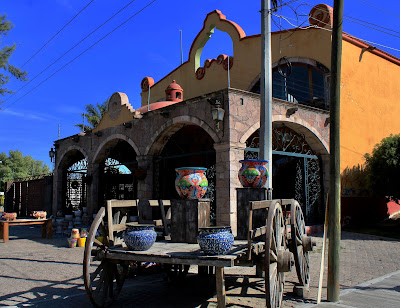 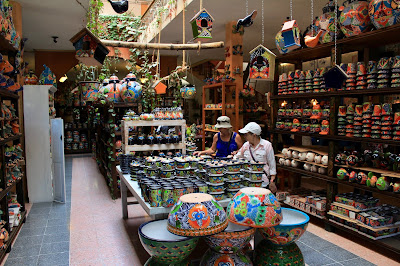 This is a huge operation. Here are hundreds of molds. 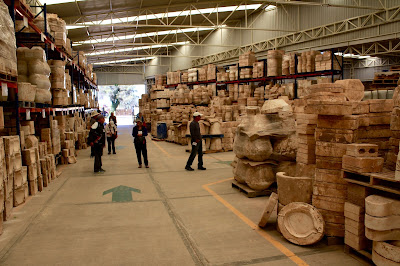 The raw materials that will be ground to dust to make the clay. 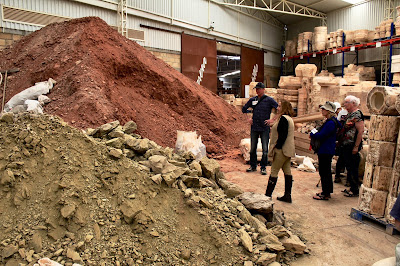 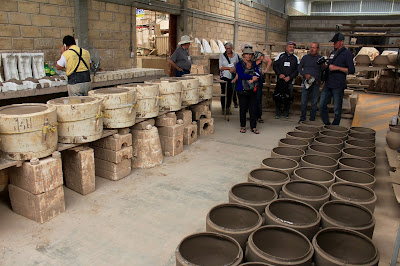 Smoothing out any irregularities 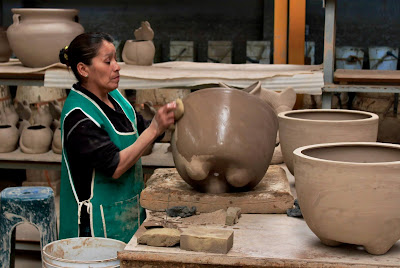 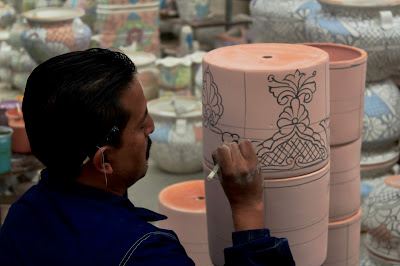 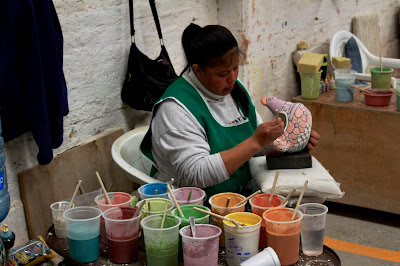 This company ships world wide. These pieces are ready for shipment to Switzerland. 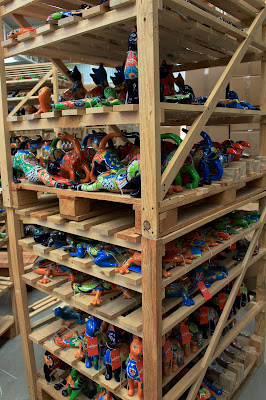 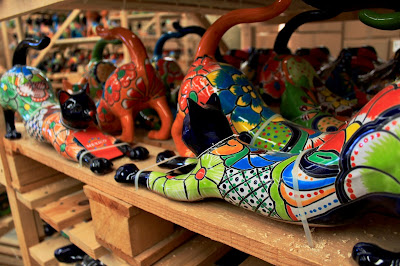 Me and my new amigo 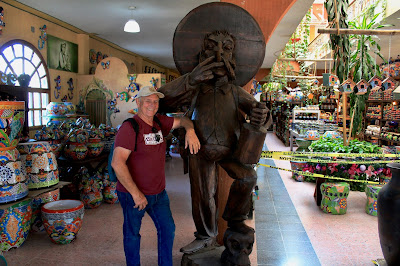 Another great day brought to us by our wonderful guides Kevin and Ruth.
Posted by Garth