San Luis is a very vibrant university city with a population of two and a half million people.  It was major gold and silver mining hub on the Camino Real de Tierra Adentro, a trade route during the mid 16th to the 19th centuries. Today there is monstrous zinc mine at the edge of town.

We explored the old section of town enjoying the colonial Spanish architecture. 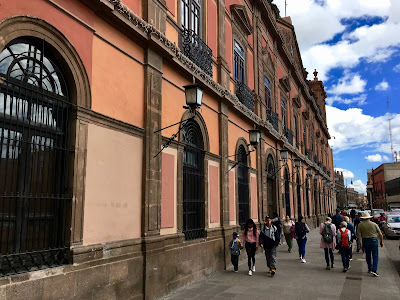 This building houses the University offices 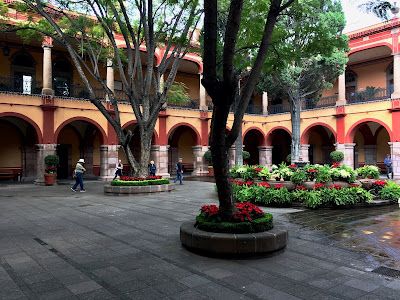 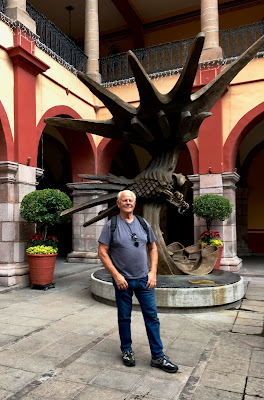 Nice hand carved door. The thespian masks make me think it leads to a theater. 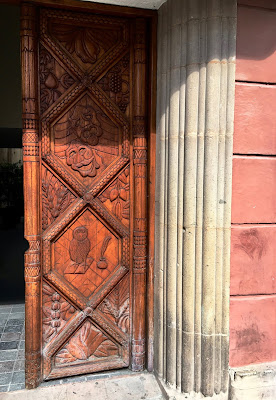 Many street are pedestrian only. 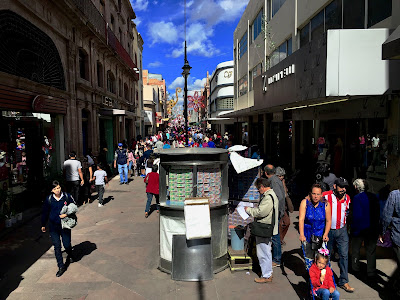 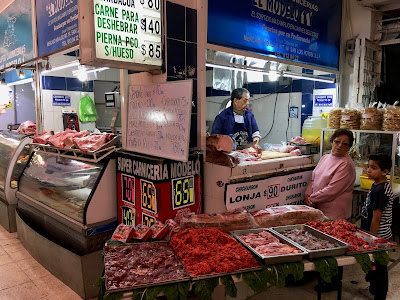 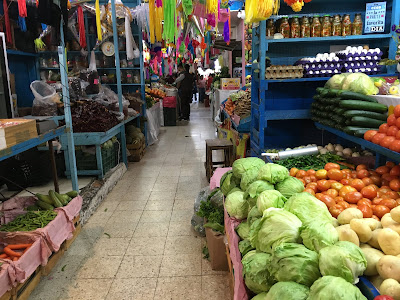 Watch out for the Dog men's store. There were also children's and women's stores. 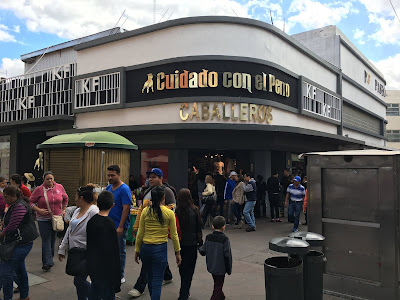 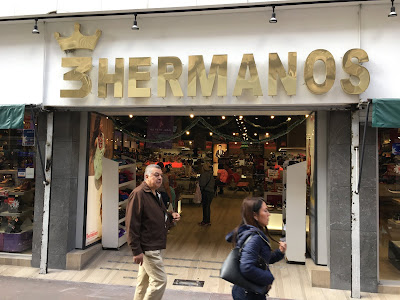 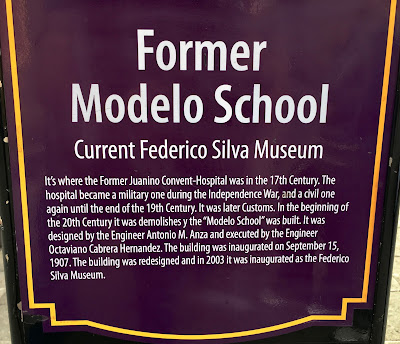 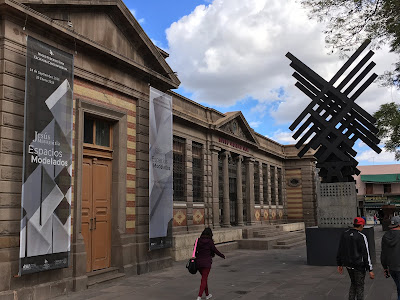 In 1870 the Spanish completed San Luis potosi Cathedral and the left tower. The right tower was completed in the 1900s. 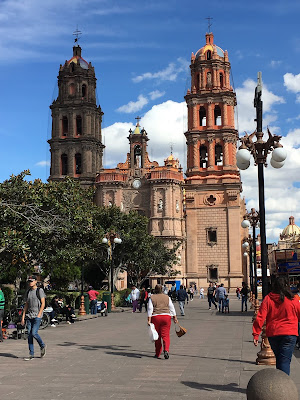 A wedding is in progress 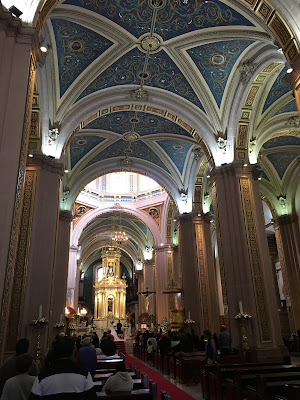 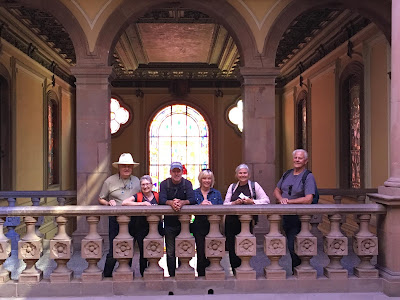 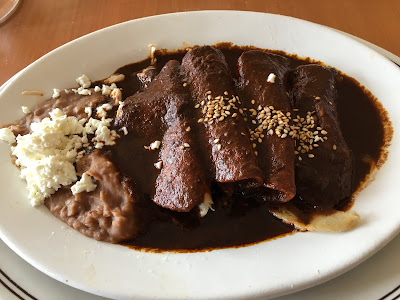 Me with the bird man. I don't know the significance of the statue. 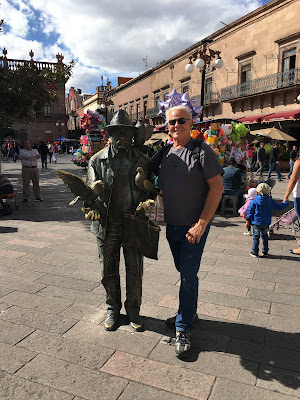 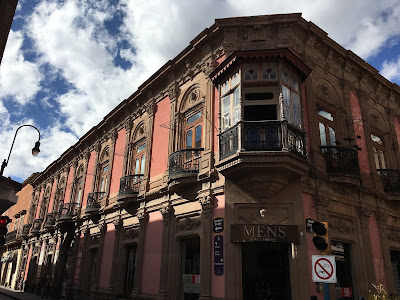 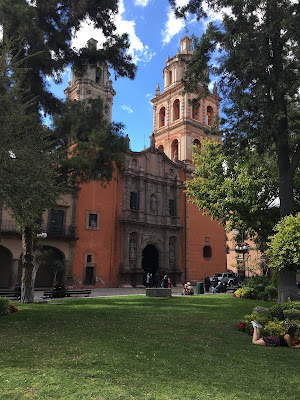 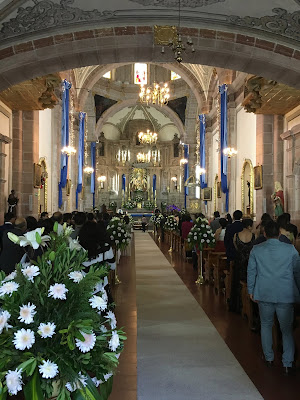 During the struggle for independence in 1810, this convent behind the church was used either by public officials as a place of refuge, or by clashing factions for their barracks. 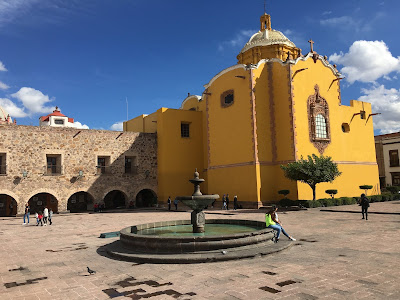 The rear window is magnificent. 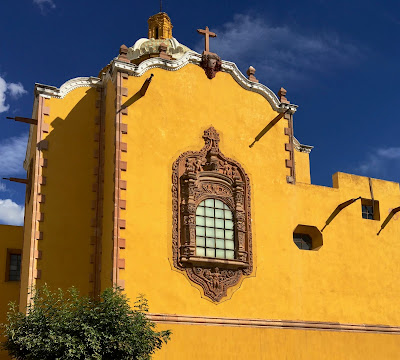