The old gold mining town of Tlalpujahua climbs up the mountain side. In the early 19th century the Dos Estrellas Mine was the largest producer of gold in Mexico. A 1937 landslide covered the mine and a third of the town. The town has reinvented its' self as the largest producer of glass Christmas ornaments called Adornos Navideños SA de CV. It is a beautiful authentic Mexican town. 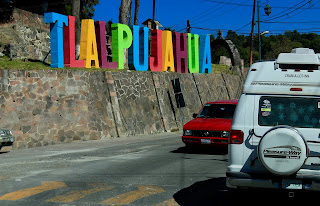 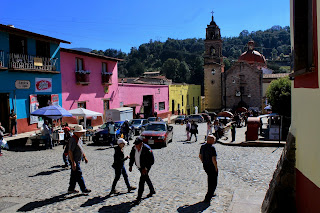 Some of the many glass ornaments Tlalpujahua is famous for. 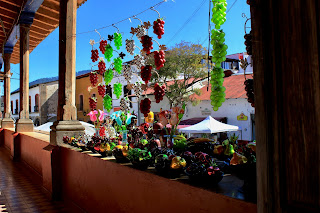 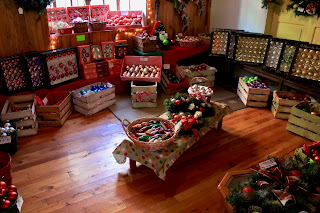 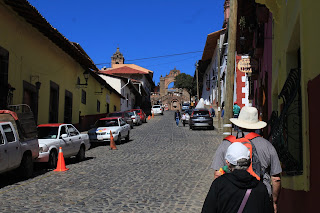 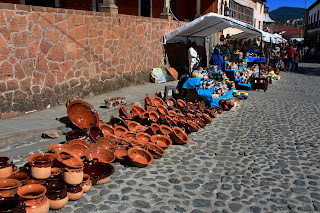 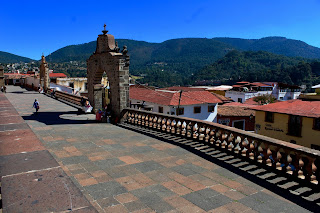 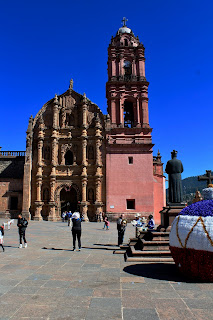 Another church, another wedding. 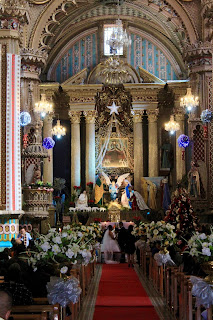 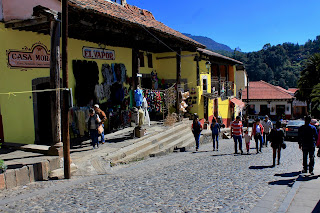 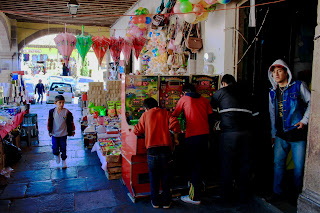 I wandered to the church in the background and discovered a Posada being performed in the church court yard. 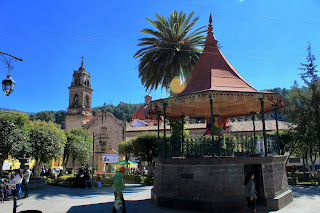 The nine days of posadas leading up to Christmas Eve is a 400 year old tradition in Mexico. 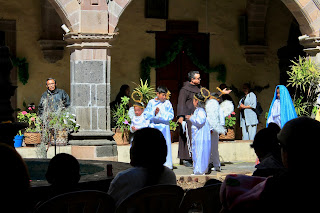 No understanding Spanish, I seemed to me that the angles gathered up the people and then met up with the devil. 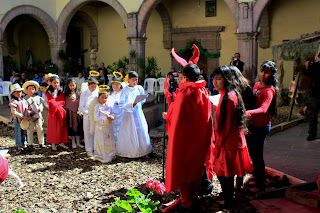 The devils threw money which the people gathered up and threw back at the devils. 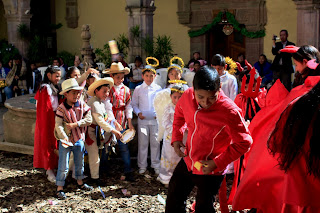 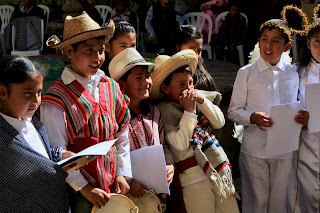 The angles escorted Mary and Joseph to the manger. 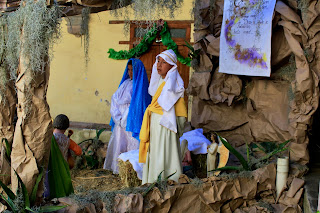 Two of the three wisemen are waiting for their cue. I had to leave before the finale . 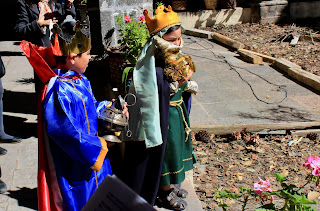