Guanajuato flourished in the mountains of central Mexico after the discovery of gold in the 1540s.  Today there are 23 active mines producing gold, silver, copper and zinc. Guanajuato is Mexico’s third largest producer of silver and fourth largest producer of gold. Mining is second only to tourism in generating revenue. 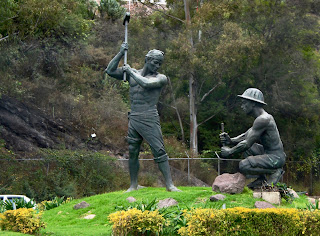 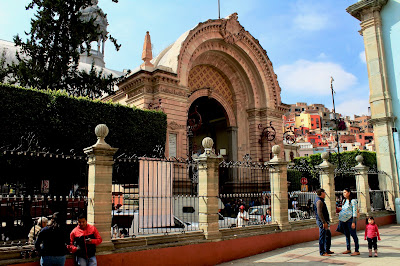 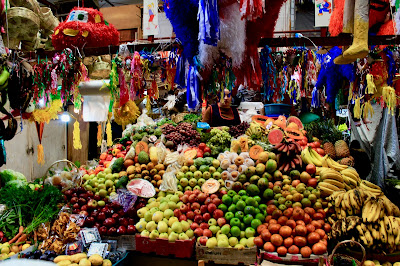 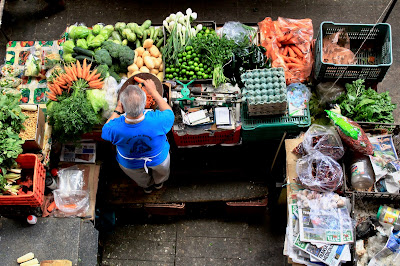 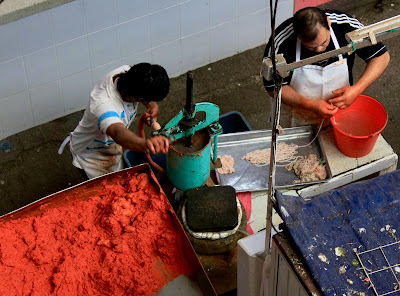 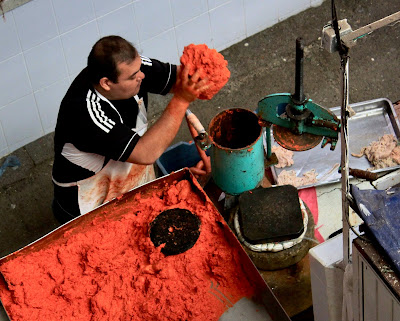 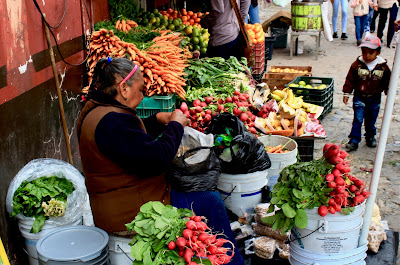 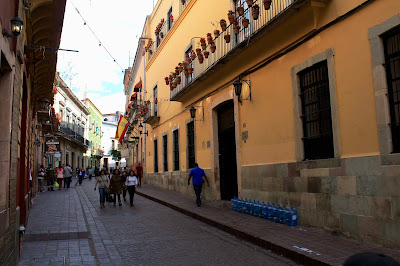 Guanajuato is a Unesco Heritage site. Unesco prefers that sites in Mexico paint their homes in traditional colors, ocher, mustard yellow, and tans. Guanajuato chooses to ignore this tradition. The state gives the home owners paint to coat their homes in more vibrant colors. 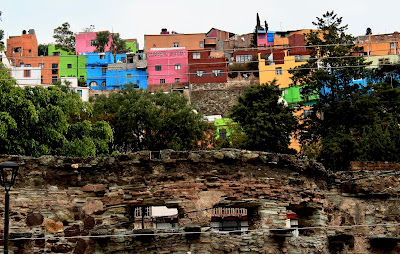 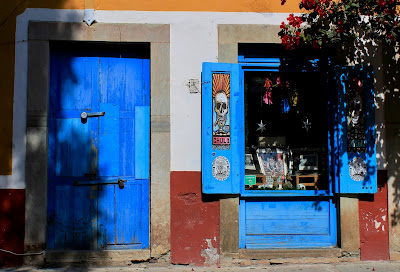 Wendy photographing a small boy in a traditional custom celebrating Our Lady of Guadalupe holiday. 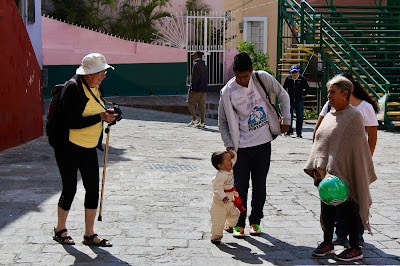 The boys customs and faux mustache represent one Juan Diego. Official Catholic accounts claim that the Virgin Mary appeared four time before him. 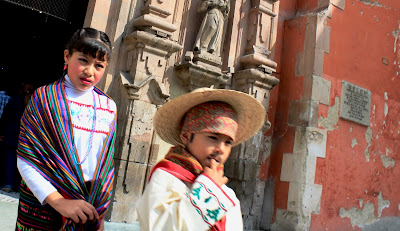 High above the city is the statue of El Pipila, a local miner and hero of the 1810 fight for independence. Pipila tied a large flat stone to his back to protect him Spanish musket fire and crept to the gate of the Spanish strong hold and set it afire allowing the revolutionaries to capture it. 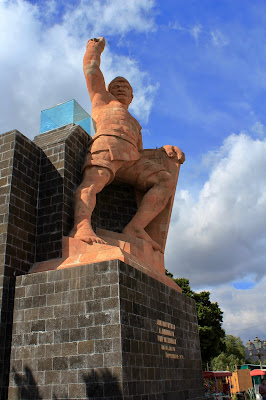 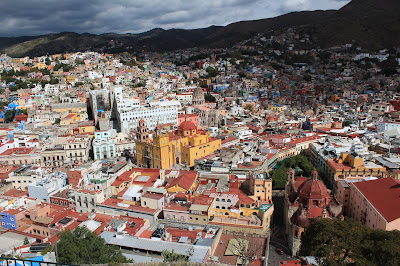 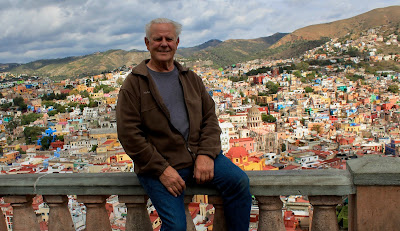 The city sits in a bowl and homes stair step their way up the mountain sides. Many of the homes can only be accessed by over three thousand narrow alleys. Construction of these homes required all materials to be hand carried from the nearest road. If the alley is too narrow for appliances to move through, they are moved up the mountain side from roof top to roof top. Going to market, school or conducting business requires quite a hike. 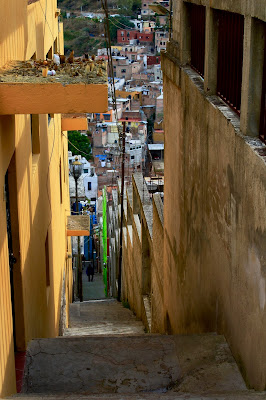 We took the funicular down, no ally for my old knees. 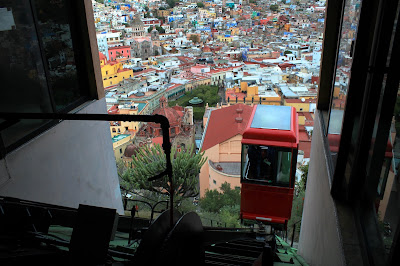 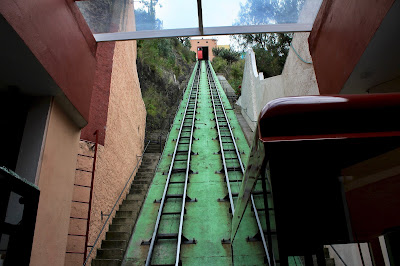 The cities theater and concert hall 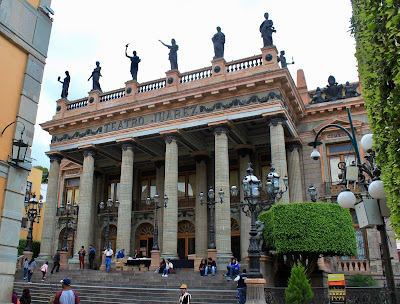 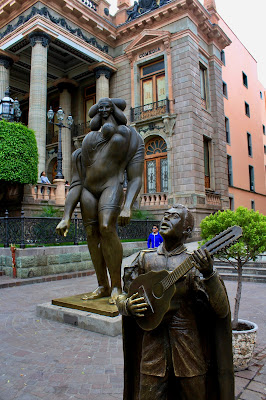 A bit of solitude from the bustling city streets. 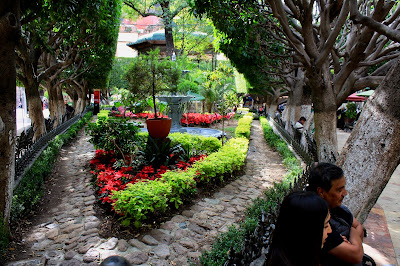 La Valenciana Chuch is an 18th century baroque church built by Antonio de Ordóñez y Alcocer as his personal chapel. He discovered the richest silver mine in all of Mexico. The alters, there are three, are covered in 24 karat gold leaf 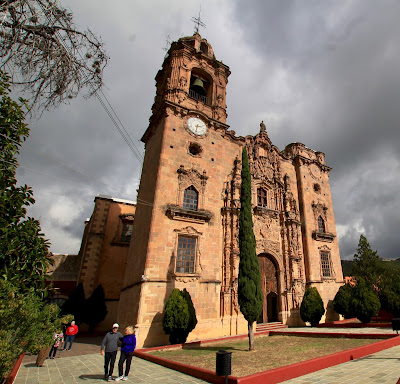 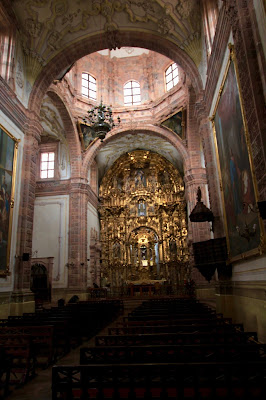 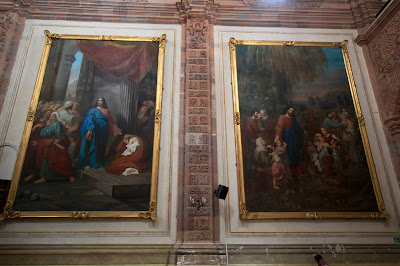 There are 11 miles of tunnels under the city that expedite the flow of traffic in and out of the city.
You see entrances and exits like this all over the city. 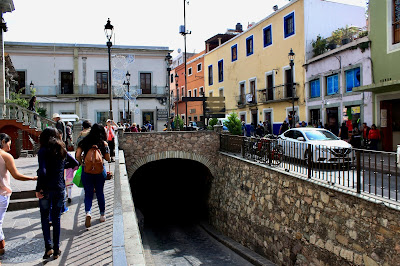 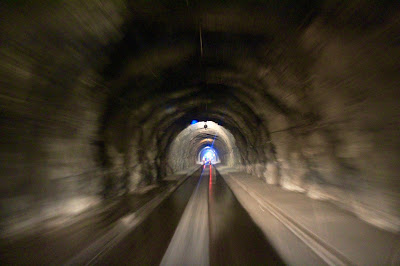 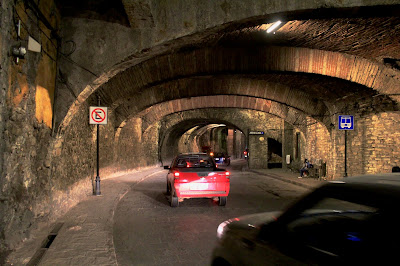