Real de Catorce is nestled in the Sierra de Catorce mountains at an oxygen deprived elevation of 9000 feet. The town was many years old when silver was discovered in 1772. At its peak in the 1800s 40,000 people lived here. The very rick silver mines supported a mint, bull ring and shops selling European luxury goods. The price of silver plummeted after 1905 and only a few people remained eking out a living from the mine tailings. Today it is making a come back from tourism.
Several movies have been filmed in Real including Bandidas, The Mexican and the classic The Treasure of the Sierra Madre.


Access to Real is through the 1.5 mile Ogarrio Tunnel. 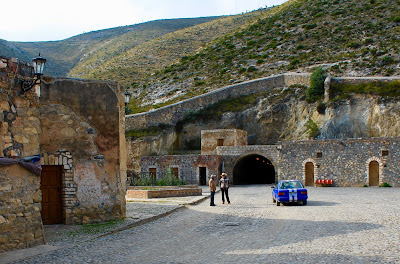 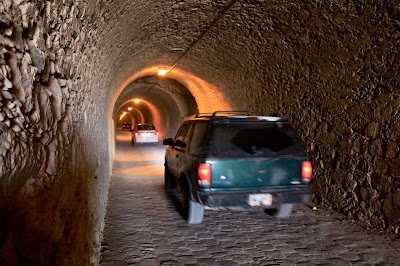 There is a free shuttle for tourists that arrive by bus. Kevin and Ruth are on the left and the two women on the right with packs are from the Netherlands. They are spending 6 months touring Mexico 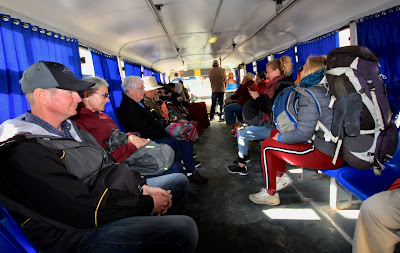 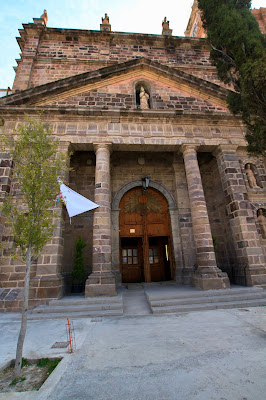 Not the stone floor one would expect, but wood 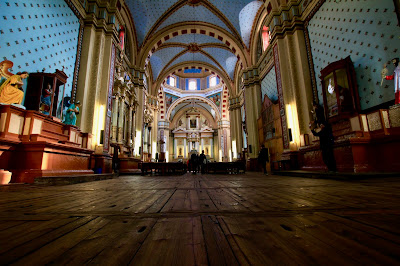 The old Mint has been transformed into a museum. All the signage is spanish, but I enjoy seeing the item on display. 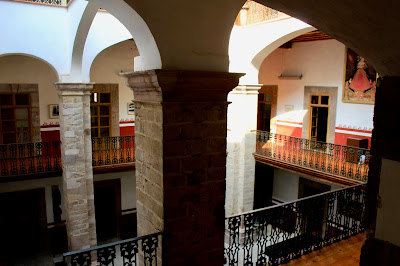 This deer was crated by the Huichol people. They say that they originated in the state of San Luis Potosi. Once yearly, some Huichol journey back to San Luis their ancestral homeland to preform Peyote ceremonies. This ancient tribe is located deep in the mountains of central Mexico and have lived there for at least 15,000 years.
The deer was created by pressing small plastic beads into bees wax that coats a form. 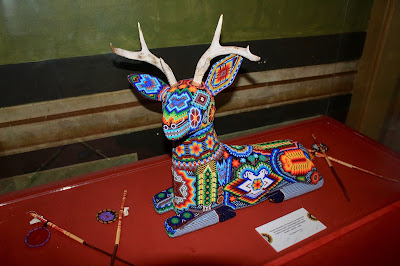 Traditional clothing of the Huichol people 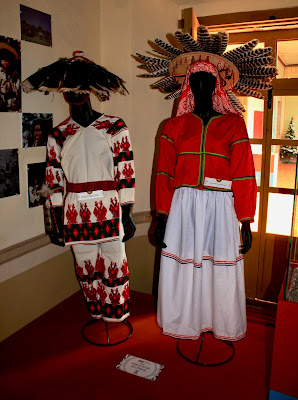 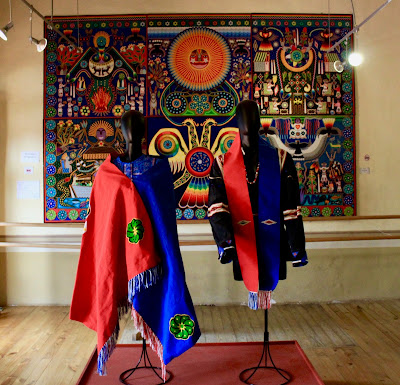 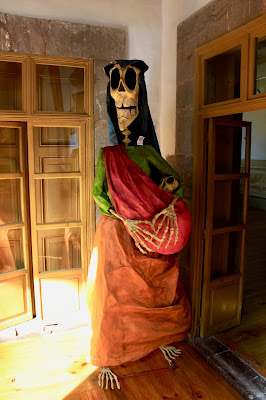 There are many lovely hotels in town. Summer is the high season. There are very few tourists here now. Many of the hotels and shops are closed for the season. 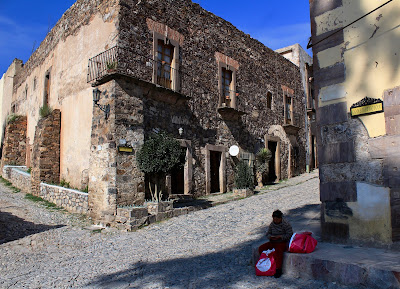 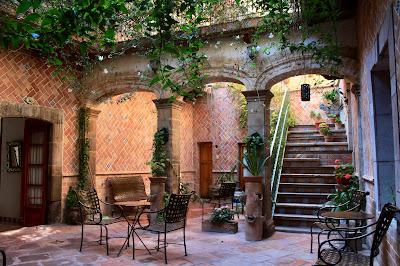 You see this style of beautiful stone work all over town. It is very labor intensive, but looks great. All the slivers of rock between the larger stones were crated by a worker using a hammer to break up a much larger rock. 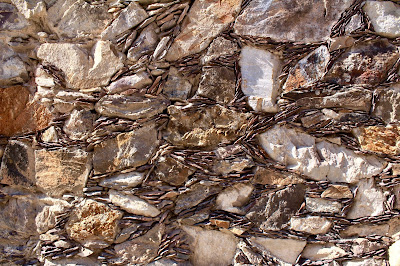 There are horse back tours 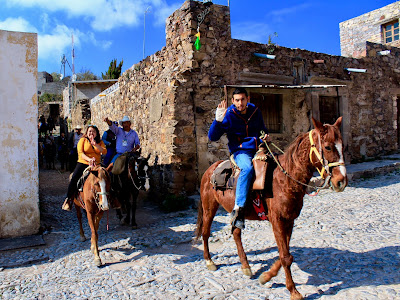 Some of the many old ruins in and around town 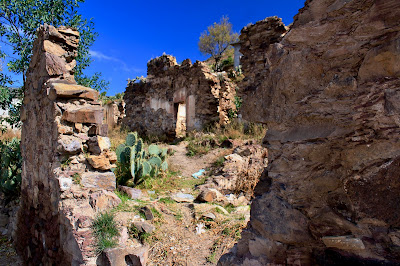 This is the oldest chapel in town, built by Franiscan monks in 1775 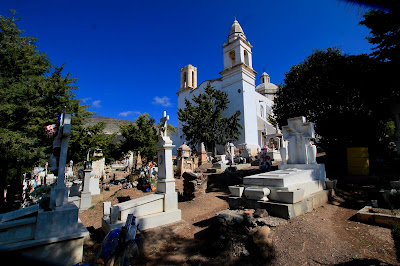 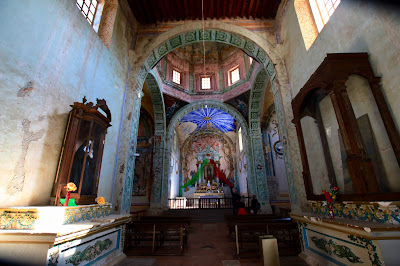 The oldest grave stone I found. 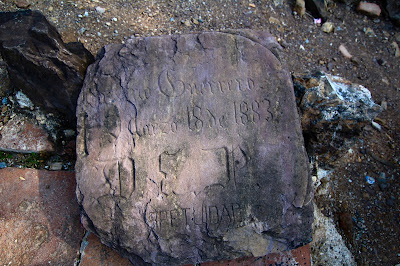 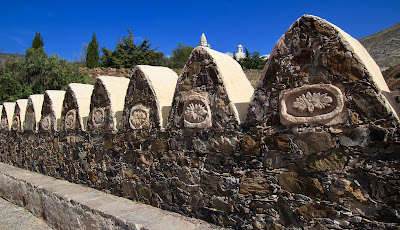 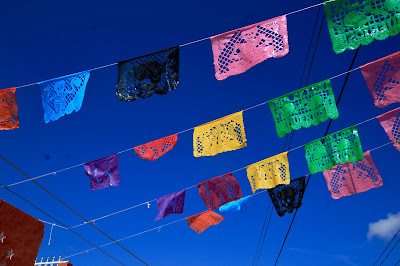 Out to lunch. Clockwise Kevin, Paul, Lynnette, Ruth, and Wendy 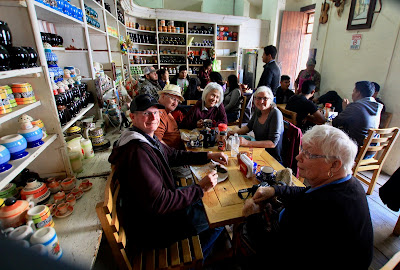 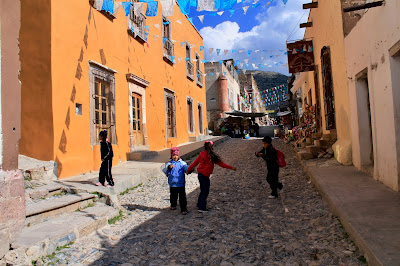